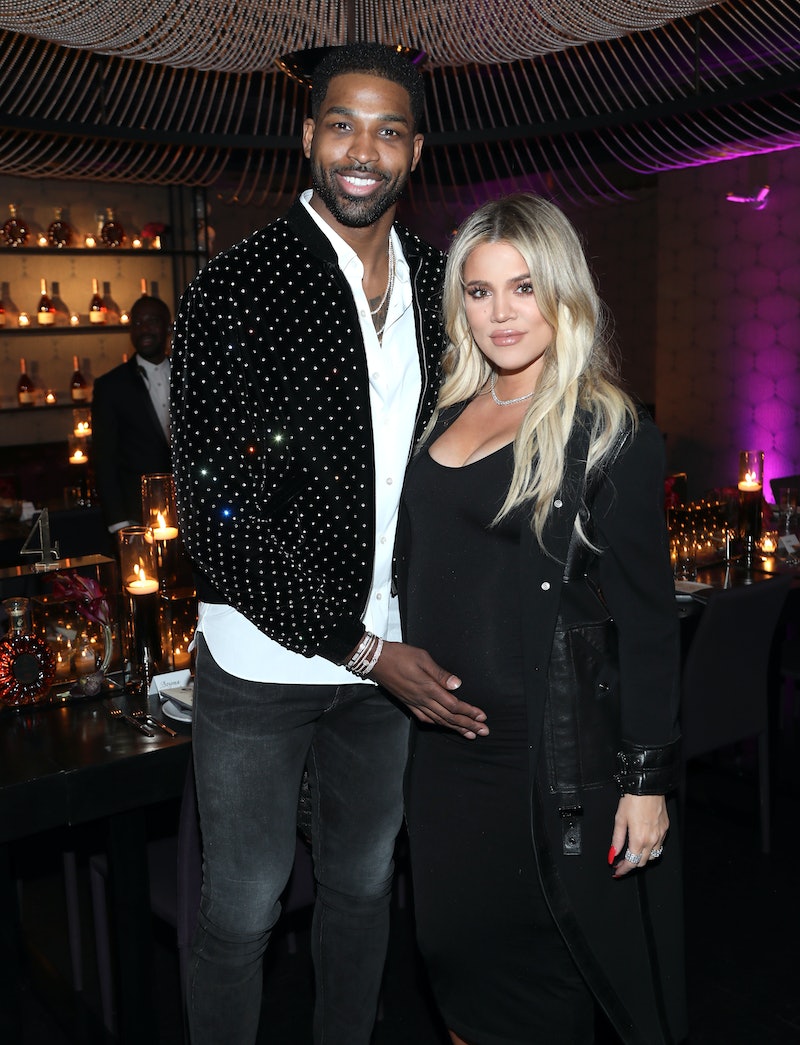 Ever since the trailer for the final season of Keeping Up with the Kardashians dropped in January, longtime fans of the famous family have been wondering if Khloé Kardashian and Tristan Thompson will have another baby. The short answer? They’re working on it. And during a March 10 appearance on the “Lady Parts” segment of The Ellen DeGeneres Show, the Good American founder revealed some previously unknown details about the fertility process for Baby No. 2.

“So I actually have done IVF around three different times,” Khloé told host Sarah Hyland, revealing that she froze her eggs once but the process didn’t quite go as planned. “Freezing your eggs, of course, is a great insurance policy, if you will. You know they’re there. I had about 12 or 14 eggs. I can’t really remember. I defrosted them all to mix with sperm and none of them survived.”

Rather than freezing her eggs again, Khloé made the decision to instead freeze her and Tristan’s embryos. “I’m so grateful that I decided to make embryos,” the 36-year-old continued, adding that her eggs simply wouldn’t be “as healthy” if she waited a few more years to do IVF again. “They should be mixed immediately with sperm to make embryos, so I actually have made embryos,” she added.

Despite making embryos, there’s one thing that has held the pair back from moving forward with giving their two-year-old daughter True a sibling: COVID-19. “If you do need assistance in fertility, it’s much more challenging during COVID,” Khloé revealed, explaining that the pandemic threw a wrench in their plans. “My plan was to have kids closer in age, but now with COVID and everything, my plan’s been a little delayed.”

Still, the reality star is looking very forward to expanding her family. “I definitely do want more kids. I have so many brothers and sisters,” she said. “I think it’s such a blessing.” Khloé’s statements are very much in line with what she said in the Season 20 preview for KUWTK, which is set to premiere on March 18. “I just feel like it's now time to have another kid,” she told the NBA player in the clip. Unfortunately, the preview left longtime viewers hanging because it did not include Tristan’s response.

At the time, E! News reported that the duo was “on the same page” and that they both wanted to have another child together. "Khloé knows the value of siblings and growing up in a house full of kids and she wants that for True," the outlet’s source revealed. "It's something they have been working on for a while."