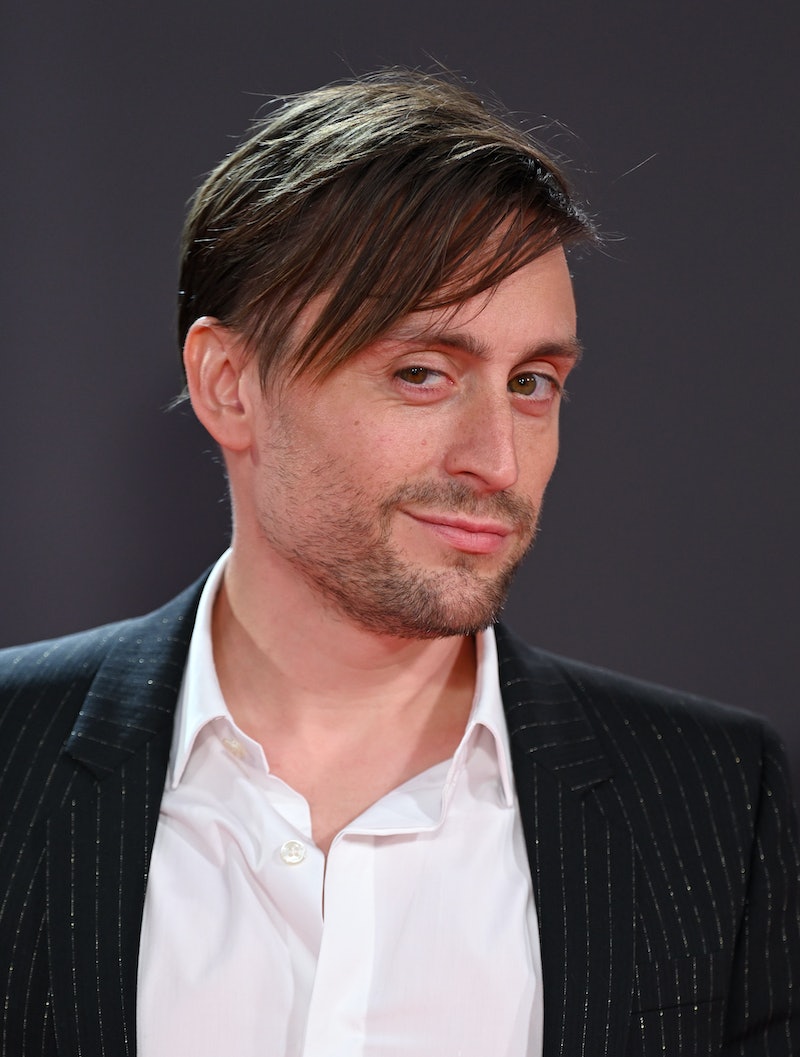 In his hosting debut for Saturday Night Live, Kiernan Culkin revealed that this wasn’t the first time he’s been on the Studio 8H stage. The actor, who stars as the cocky Roman Roy in HBO’s Succession, started the Nov. 6 episode by talking about, of course, his famous brother, Macaulay. “I was on an episode of SNL back when my brother Mac hosted 30 years, almost to the day,” he said. “When I was 9 years old, I got to be in three sketches.” But he joked that of those three, “only two of them are nonproblematic.”

He then had the crew show a clip of the ending moments of that episode, which featured the cast joyously lifting Macaulay up on their shoulders. Kieran, meanwhile, was amusingly left on the floor, practically going unnoticed. So he asked comedian Kevin Nealon to pick him up, which he awkwardly did. The camera then zoomed in on Kieran flexing his muscles and smiling at the camera.

He explained that he wanted to show that clip for two reasons. “One, I hope that someone from the cast will pick me up again at the end of this,” he joked. “And two, because I have waited 30 years to be back on this stage.”

He also joked about Roy during his monologue, distancing himself from the character. “Roy is one of the ‘nice’ characters on the show, which still makes him one of the Top 10 Worst Humans on TV,” he said. He added that sometimes people will come up to him and say the part of Roy “really suits him, which isn’t really a compliment,” he said. “It’s sort of like going up to someone and saying, ‘You know what role would fit you like a glove? Giuliani.’”

He also gave a shoutout to his wife, Jazz Charton, whom he just had a second child with in August. “My wife has been really supportive and just wonderful throughout the process,” he said, adding that she also seemed “just very nervous” for him. “I think she thinks I’ll mess up or something. But Jazz! Everything is going to be fine, even if I do, quote, ‘shame the family,’” he said with a smile.

As a famous child actor, Kieran began his career much like his brother, starring in films like Father of the Bride, Home Alone, and She’s All That. As an adult, he went on to feature in cult classics like Scott Pilgrim vs. the World and Fargo Season 2. But he really hit his stride as the immature Roman Roy in Succession, and he was nominated for a Golden Globe in 2019 and an Emmy in 2020 for his portrayal. Now, just like his brother, he can add being a charming comedy show host to his resume.