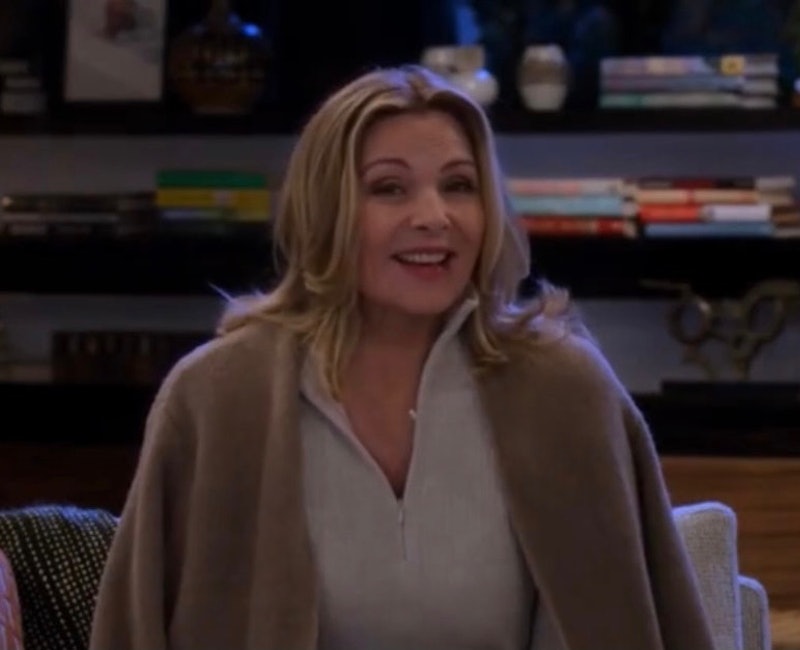 In How I Met Your Mother, future Ted Mosby — played by the late Bob Saget — narrated the story of how he met his wife to his kids but never appeared onscreen. In How I Met Your Father, future Sophie is the first character we meet. Played by Kim Cattrall in the year 2050, the character decides to interrupt her son’s studying one night to call and tell him the “unabridged version” of how she met his father.

The fateful meeting occurred on the first night the Hulu series picks up with in 2022. However, Cattrall’s Sophie warns her son that she got “with a whole bunch of dudes” after that before eventually winding up with his dad. “This story is about the journey, not the destination,” she explains between sips of wine. So far, that narrows down the most likely possibilities to Jesse (Chris Lowell) or Ian (Daniel Augustin), though Sid (Suraj Sharma), Charlie (Tom Ainsley), or even someone less prominently featured aren’t necessarily out of the running yet.

Cattrall famously signed on to HIMYF after declining to reprise her role as the iconic Samantha Jones for HBO Max’s Sex and the City reboot And Just Like That. She apparently only spent one day on set, but it was a big one for the rest of the HIMYF cast. “I’ve been to work every single day for the past, like, 11 weeks, and the day that she shot was my day off, and I was like, ‘I’m coming to work,’” Duff told Entertainment Tonight in November. “Like, what the hell, don’t leave me out of this one ‘cause we’re not actually shooting together. She plays all the flash forwards, and she’s just incredible — like, really incredible. She speaks and you’re just like, ‘I’m listening.’”

Duff, who posted on Instagram in November that she “screamed” when Cattrall was cast on HIMYF, had nothing but praise for the Golden Globe winner. “She’s just a force, but she’s so kind,” Duff told ET of Cattrall, who will also have a recurring role in Peacock’s upcoming Queer as Folk reboot. “She’s so warm, and I’m so excited to have her on board, truly. It’s a really cool show, and I’m really proud of it and happy to have someone like her stepping on in.” The Younger star even thinks she and Cattrall “kind of look alike,” though she “never realized it” until they were sitting side by side. “I was like, ‘I can see this, and God, I hope I look like you!’” Duff added.

Though it remains to be seen when exactly Sophie and her son’s father will finally get together, Duff seems content in playing the same character as Cattrall for as long as it takes.