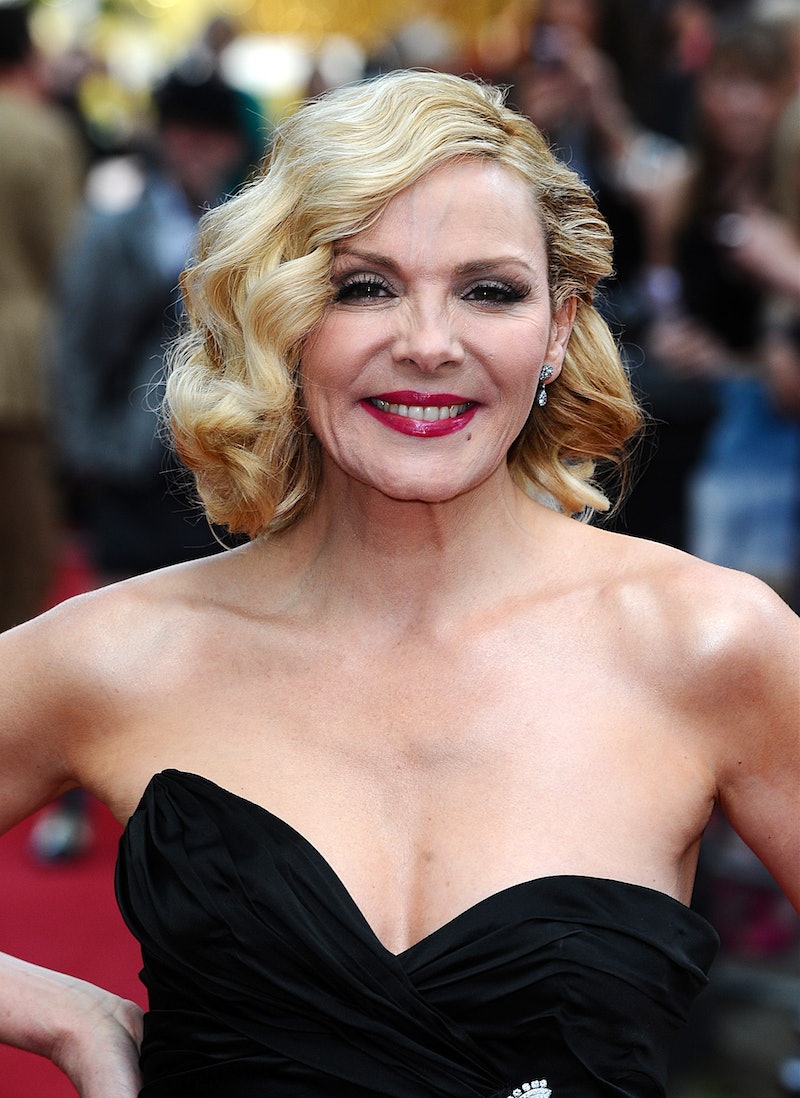 Kim Cattrall fans have been eagerly awaiting the actor’s next move, especially after news of her shunning the HBO Max reboot of Sex and the City broke. Well, she heard you and is set to join the reboot of one of the most successful TV shows in modern history — just not the one you thought. As of Nov. 5, Cattrall is in the cast of Hulu’s How I Met Your Father, the Hilary Duff-led spinoff to How I Met Your Mother.

Similar to its predecessor, HIMYF will follow Sophie as she recounts to her son how she met and fell in love with his father. In a flashback format, viewers will meet Sophie (Duff) in New York as she navigates love, life, and friends. (In the original series, ultimate romantic Ted Mosby, played by Josh Radnor, did the storytelling.) As reported by Variety, Cattrall will play the future Sophie in the 10-episode season.

Cattrall took to Instagram to share the exciting news, writing, “So thrilled to be joining the cast of How I Met Your Father …...”

This news comes after Cattrall famously declined to reprise her role as the fabulous (and wild) PR executive Samantha Jones in SATC’s reboot And Just Like That... Fans collectively bemoaned online how there’s no “sex” in the city without Samantha.

Addressing her decision to distance herself from the project, she told the Women's Prize for Fiction podcast, “I wouldn't be any good doing something that I really didn't want to do.” It’s not the first time Cattrall rejected a SATC proposal. In an interview with Piers Morgan, she revealed how she’d declined to join any other SATC projects after the second movie. “The answer was always no and a respectful, firm no,” adding, “Me playing her, that I can assure you will never happen. For me, it's over. It's over with no regrets.”

Cattrall’s rapport with the rest of the cast, particularly with Sarah Jessica Parker, who plays Carrie Bradshaw, has been notoriously strained. (Parker vehemently denied any animosity between the two in previous interviews.)

As long as Cattrall makes a comeback, it doesn’t matter if it’s as Samantha or Sophie.