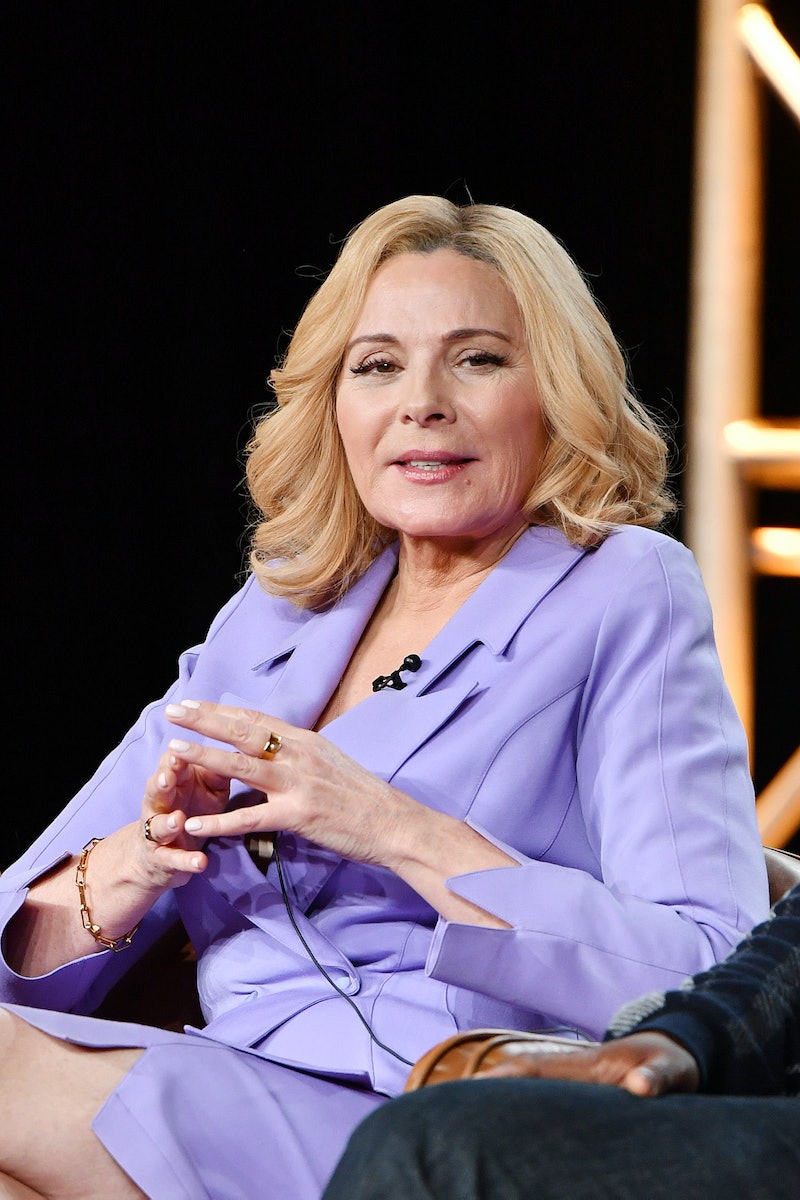 Though Kim Cattrall hasn’t appeared on And Just Like That... (and don’t hold your breath — she probably never will), you can’t watch the Sex and the City reboot without thinking about Samantha Jones. The missing friend’s confidence and sex-positive words of wisdom would definitely come in handy as Carrie, Charlotte, and Miranda deal with, well, everything they’ve got going on right now. The characters clearly miss Samantha, and viewers do, too — but so far, Cattrall seems to be refraining from acknowledging the fandom directly. She will, however, like a tweet or two criticizing the show.

As Entertainment Tonight reported in December, that’s exactly what Cattrall did with a handful of messages upon the reboot’s premiere. “And just like that… I find myself only wanting to watch anything @KimCattrall is in,” wrote one user. “Kim Cattrall didn’t return to SATC because her scatting career is finally taking off,” wrote another.

Now, Cattrall is at it again — but this time, the tweet she liked wasn’t merely pro-Samantha but anti-reboot altogether. “So proud of @KimCattrall for skipping the trashy S&TC reboot and doing @HIMYFonHulu,” wrote user juliachowhaws. As Cosmopolitan UK first pointed out, Cattrall is among the tweet’s supporters. (Can’t you almost see Samantha and her signature, knowing smile now?)

It’s easy to see why the SATC alum is sticking to likes, as opposed to venting deeper thoughts via Twitter. For starters, this is Kim “I don’t want to be in a situation” Cattrall we’re talking about. Though she’s had plenty to say about behind-the-scenes drama before, she seems to be over rehashing it. Plus, her timeline’s taken up by bigger things these days, like her new role on Hulu’s How I Met Your Father, where she plays the 2050 version of Hilary Duff’s Sophie. “A joy to work with ⁦@HilaryDuff⁩ ⁦@iaptaker⁩ ⁦@bergernight⁩ #pamelafryman and all the terrific cast and crew of #howimetyourfather,” Cattrall wrote on Jan. 20.

More like this
Ashton Kutcher Wants Danny Masterson “To Be Found Innocent” In Rape Retrial
By Jake Viswanath
At 28, Debra Jo Rupp Was Living A Much Different '70s Show
By Grace Wehniainen
Raven-Symoné Addressed Fan Pushback To Her Name's Actual Pronunciation
By Stephanie Topacio Long
Hilary Duff Is “Optimistic” About A 'Lizzie McGuire' Reboot
By Alyssa Lapid
Get Even More From Bustle — Sign Up For The Newsletter
From hair trends to relationship advice, our daily newsletter has everything you need to sound like a person who’s on TikTok, even if you aren’t.