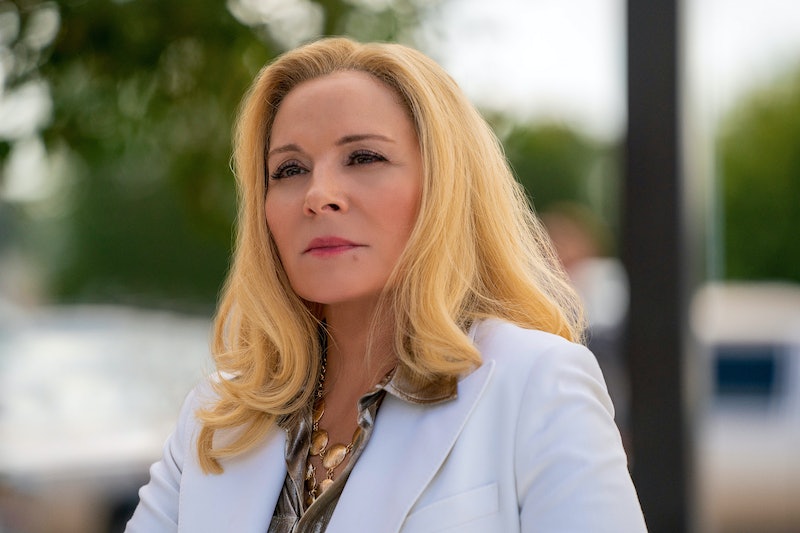 When HBO Max announced that the upcoming Sex and the City reboot would not include the incomparable Samantha Jones, it wasn’t entirely surprising. Actor Kim Cattrall, who plays Samantha, has already spoken several times about choosing to step away from the show and her character — particularly in 2017, when she was accused of being the reason a third SATC movie didn’t happen. “It’s quite extraordinary to get any kind of negative press about something that I’ve been saying for almost a year of ‘no,’” she told Piers Morgan.

What’s less clear is how Samantha’s absence will be addressed, though showrunner Michael Patrick King recently confirmed to the New York Times that the character is still alive. "Just as in real life, people come into your life, people leave ... Friendships fade, and new friendships start. So I think it is all very indicative of the real stages, the actual stages of life,” he previously told TV Line. "They’re trying to tell an honest story about being a woman in her 50s in New York. So it should all feel somewhat organic, and the friends that you have when you’re 30, you may not have when you’re 50."

Like Samantha, Cattrall has firmly moved on from her days with Carrie, Charlotte, and Miranda. “This is what my 60s are about, they're about me making decisions for me not my career, for me. And that feels frickin fantastic,” she added to Morgan of her decision to put SATC behind her.

Indeed, Cattrall has been busy with a number of other projects since the second SATC movie in 2010. From 2014 to 2016, she starred for two seasons on the Canadian comedy Sensitive Skin. The following year, she appeared in the Swedish thriller series Modus. And from 2018 to 2019 she was featured in the CBS All Access anthology series Tell Me a Story. Most recently, she starred in and executive produced the Fox drama Filthy Rich, though it was canceled after only one season amid the pandemic.

Cattrall has also signed on to a number of exciting upcoming series. She’s set to appear in Peacock’s Queer As Folk remake as well as the buzzy new How I Met Your Mother spinoff, How I Met Your Father. Premiering on Jan. 18, the show stars Hilary Duff as Sophie, a woman who — similar to the original series — is recounting to her son the story of how she met his father. HIMYF will utilize the same flashback format as the original, and Cattrall will recur as the future version of Sophie.

Beyond her professional life, Cattrall has been dating Russell Thomas — who she met while he was working at the BBC — since 2016. "We kind of liked each other, we kept in touch and then he came out to Vancouver," Cattrall told People in 2020. "It was very brave of him because we didn't really know each other other than having a few meals together. But he came and we got along great, and we've been together ever since!"

She added that she feels connected to Thomas in part because of their shared roots: she was born in Liverpool, while Thomas is from Kent, England. "It's just so easy. I'm very comfortable around him. He's a firecracker and he's got a wicked sense of humor,” said Cattrall, who was previously married three times. "I love him. And he was worth waiting for."