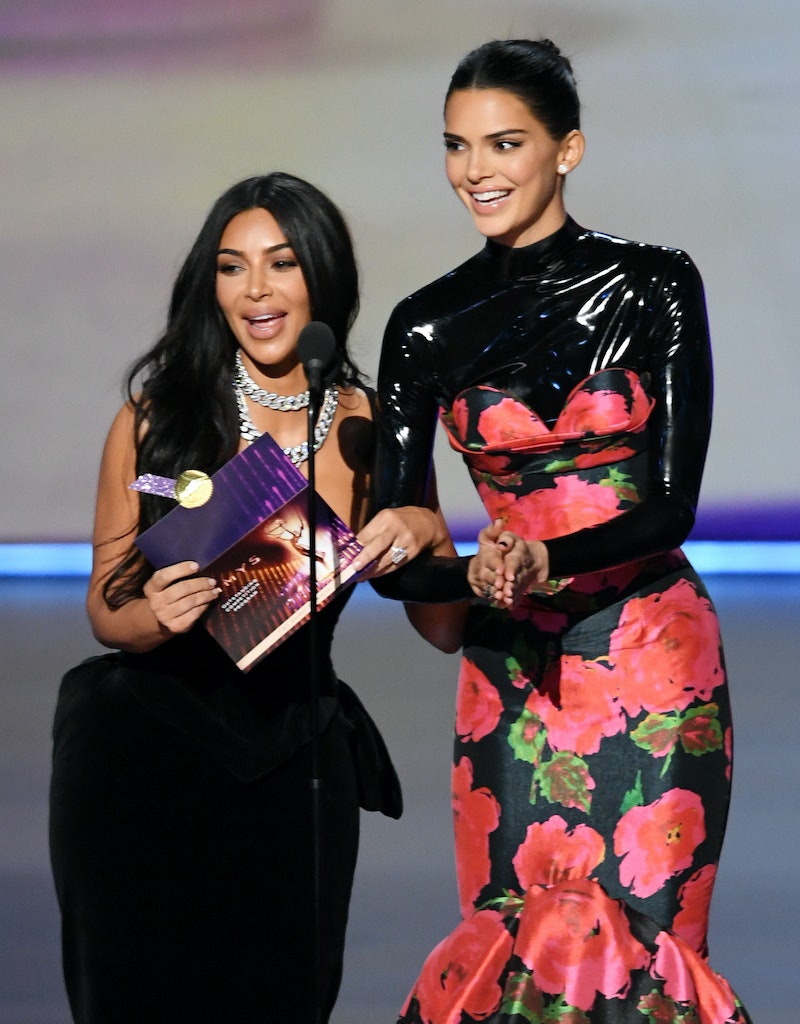 Like you, we’re always learning new things about the Kardashians. And the latest bit of information that’s currently blowing our minds is that, apparently, Kim Kardashian used to get mistaken for Kendall Jenner’s mom quite frequently. The Skims founder dropped this hilarious tidbit during a recent interview with Jenner while promoting their upcoming trio of fragrances, Kendall by KKWFragrance, which will go on sale on March 25.

“When she was first born, when she was under a year old, I used to have to be her babysitter all the time,” the 40-year-old reality star explained on Instagram. “I was like 16. And my mom and her dad would have to work and I would have to go and I would have to carry her in the stroller.” However, given their age difference, people automatically assumed that Kendall was her daughter.

“Everyone thought she was my kid,” the KKW Beauty founder continued. “I was so grown, and I kind of secretly loved it.” Nowadays, with the Kardashians being as famous as they are, nobody is making that mistake anymore. “Now they think we’re twins,” Kim joked. “Just kidding.”

In addition to this funny memory, Kim posted a series of images from her photoshoot with Kendall for the new fragrances. In the pictures, the sisters are dressed in horseback riding gear and leather tank tops. “COMING SOON: Kendall by @KKWFRAGRANCE: Three new fragrances inspired by @KendallJenner’s love of the outdoors and horseback riding,” she captioned the photos.

“These fragrances are so different than anything that we’ve ever done before for KKW Fragrance,” Kim continued. “Kendall has completely different scents than me. They’re so luxe and rich! Everyone that smells them has become addicted to these.” Kendall, for her part, uploaded the same photos to her feed and called the fragrances “3 of my all time favorite scents I’ve ever smelt!” The 25-year-old added, “Get yourself some if you wanna smell like a nature fairy princess.”

As fans know, this new collection isn’t the only time Kim and Kendall have collaborated in recent months. In February, Kendall modeled Kim’s Skims Valentine’s Day collection. But despite developing a solid working relationship, their relationship as sisters has always come first.

“My baby Kenny! I was 16 years old here and you weren’t even a year old,” Kim wrote alongside a throwback photo of Kendall as a baby for her birthday in November 2020. “I can’t believe you’re 25 years old now. I always couldn’t wait to see what you would grow up to be like! LOL you were always my baby Kenny doll! I’m so happy all of our siblings found each other in this lifetime! Happy Birthday to the coolest and prettiest girl I know!”