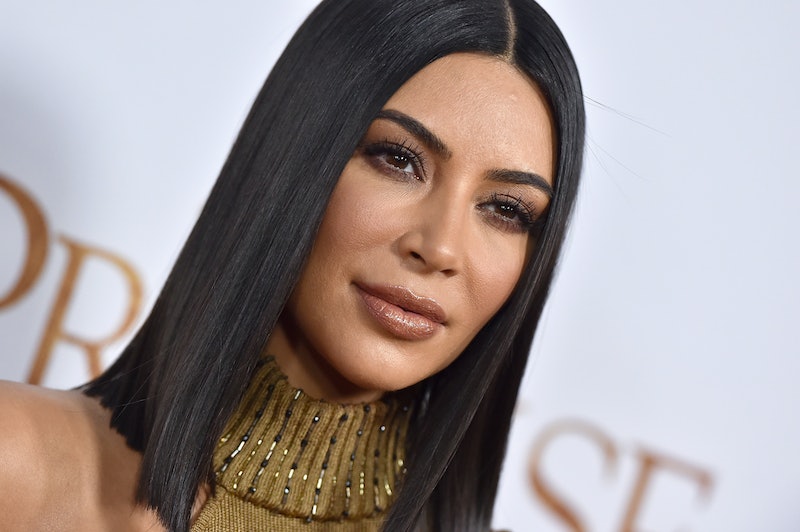 Some people have smooth pregnancies, but Kim Kardashian simply wasn’t one of them. In a recent interview on the We Are Supported By… podcast, the 40-year-old reality star told hosts Kristen Bell and Monica Padman about her rough pregnancy with her daughter North in 2013. “I was not a good pregnant person. I was not a cute pregnant person. I did not like it,” she admitted. At the time, the Skims founder was not only battling multiple health conditions, but her self-esteem hit an all-time low.

“I hated it. I hated how I felt. I hate how I looked,” she continued. “I was so used to seeing my mom pregnant, my sister pregnant and everyone looking so cute and having these easy deliveries and it was great and they snapped right back. That wasn’t me.” The Keeping Up With the Kardashians star went on to say that she was absolutely “brutalized” by the media and was often unfairly compared to Kate Middleton, who was pregnant with Prince George at the time.

“It was really, really crazy,” she said of the tabloid coverage. “It was like Kate the waif versus the whale. It was so nasty.” Kardashian went on to say that although her first pregnancy was just eight years ago, the body-shaming that she endured from the media simply wouldn’t be allowed today. “It killed my self-esteem,” she said. “I can’t believe that this was acceptable and that this was OK.”

At the time, the KUWTK star didn’t know that the discomfort was due to a pregnancy complication characterized by high blood pressure and excessive swelling. “I would sit at home and cry all the time,” she said. “I had this condition called preeclampsia and I didn’t know that I had it. It’s over-swelling in your feet and face. I had to deliver six weeks early with an emergency delivery and then I had another condition called Placenta accreta with both of my babies.” Kardashian gave birth to North, 8, and Saint, 5, but used surrogates for 2-year-old Chicago and 8-month-old Psalm.

Apart from the complications Kardashian experienced throughout her pregnancy, one of her major postpartum struggles was body confidence. “We didn’t have a gym or anything and I was too embarrassed to go to a gym because I didn’t want people to look at me trying to lose weight,” she admitted, adding that she “gained 70 pounds.” “I’d have my daughter in a stroller and I’d sit her in there and I would just work out in the garage and try to do anything I could until I did it,” she said.

Despite losing weight, the body-shaming throughout Kim’s pregnancy made a lasting impact. “It really did change me,” she said, revealing that it made her think twice about how much she should share on social media. “I saw how nasty everyone was and it felt so bad,” she continued. To this day, the reality star struggles with deciding what to share and what to keep private. “There is definitely a side of me that’s like be who you want to be and post what you want to post,” she said. “Then there’s the other side of me that’s like oh I’m a mom, I’m 40, I gotta chill.”