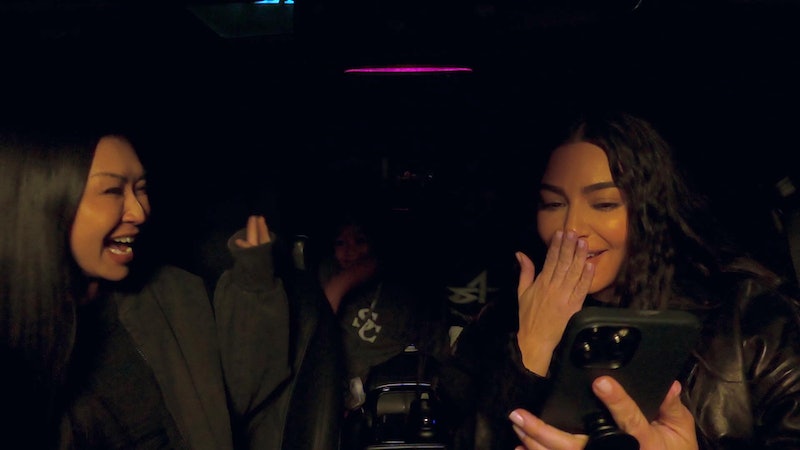 Kim Kardashian is close to adding “lawyer” to her many jobs and titles. The May 19 episode of Hulu’s The Kardashians showed the reality star’s reaction to passing California’s “Baby Bar” exam after taking it in October 2021, which was a crucial step in her journey to becoming an accredited attorney without going the traditional law school route. As captured on the series, Kardashian was at Red Lobster with her daughter North West after her soccer game when she got an email saying her exam results had been posted online.

Immediately, Kardashian made everyone move to her car so she could pull up her results — and she was prepared for the worst. Her password problems weren’t helping either. “This is the slowest thing. My heart is racing,” she said. In a confessional, Kardashian revealed that this was her last opportunity to take the exam. “You are only allowed to take the baby bar a certain amount of times ... so if I don’t [pass], then this law school journey is over for me,” she explained.

When she saw that the website said she passed, she couldn’t believe it. “Wait wait wait, is this real? Can you see if I passed?” she asked her friend Tracy Romulus, passing her the phone. “Oh my god, I’m so happy. Like, I literally didn’t think I did. Wait, are you sure that said I passed?”

Previously, Kardashian announced that she passed the exam in December on Instagram after three failed attempts. “OMFGGGG I PASSED THE BABY BAR EXAM,” she captioned the post. “Looking in the mirror, I am really proud of the woman looking back today in the reflection. For anyone who doesn’t know my law school journey, know this wasn’t easy or handed to me.”

The Skims owner was inspired by her late father, O.J. Simpson’s attorney Robert Kardashian, to pursue law after taking on criminal justice reform work in 2017, when she helped free Alice Marie Johnson from prison after facing a life sentence for a first-time drug offense. Her prison reform work has continued, leading her to persuade Donald Trump to pass First Step Act in 2019 and helped death row inmates like Julius Jones get commuted sentences.

In a confessional, Kardashian said the most important part of her victory was having North witness this achievement. “My kids know that I’ve taken time away from them to study, and to see that I never gave up just makes me so happy that I can show them by example. You just really can’t give up on something if you want to make it happen, because you can do it, no matter what,” she said. “Everyone told me this was the impossible way and I would never pass this test, and I did.”