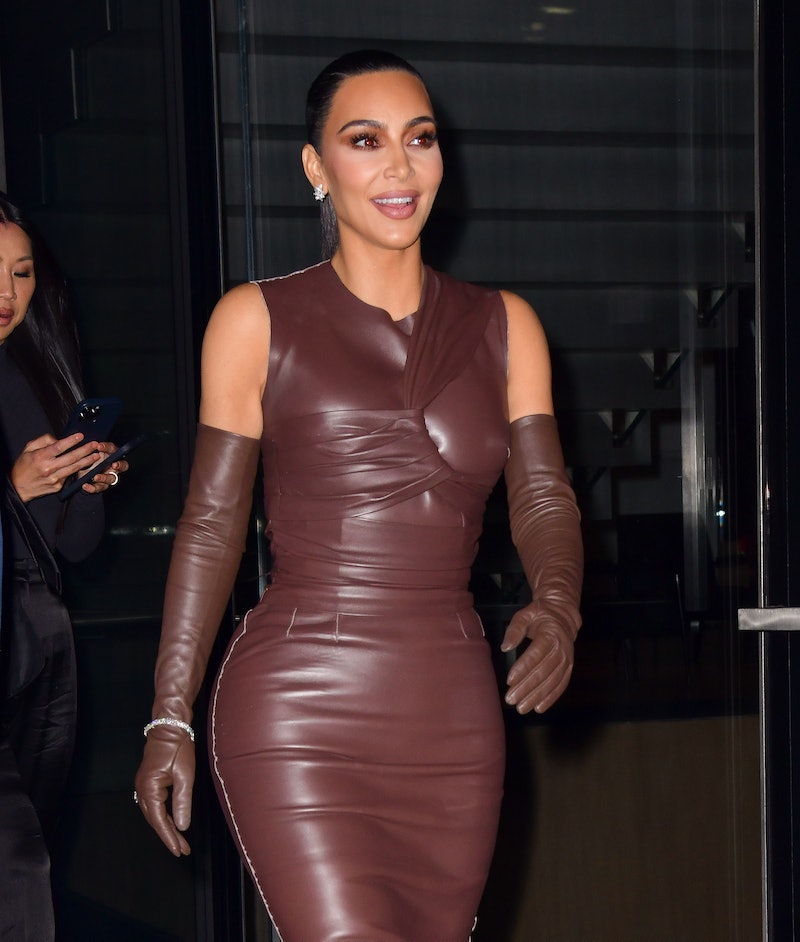 Kim Kardashian has finally passed California’s First-Year Law Students’ Examination, aka the “baby bar” exam, after three failed attempts. Inspired by her father, Robert Kardashian, and his decades-long law career — which included defending O. J. Simpson in his murder trial — as well as her own prison reform activism, the Keeping Up With the Kardashians star has been working to become a lawyer since 2019. Opting to study law and apprentice with practicing attorneys rather than attend law school, Kardashian has kept her hundreds of millions of followers updated on her journey. On Dec. 13, she posted a lengthy, inspiring message to her social media platforms to celebrate the hard-earned achievement.

“OMFGGGG I PASSED THE BABY BAR EXAM,” Kardashian exclaimed in the post’s caption, which accompanies a series of photos of her posing in a floor-length royal blue gown and pants. “Looking in the mirror, I am really proud of the woman looking back today in the reflection. For anyone who doesn’t know my law school journey, know this wasn’t easy or handed to me.”

The Skims entrepreneur got started in the world of social justice in 2017, when she successfully advocated for a woman named Alice Marie Johnson, who faced lifelong incarceration for a first-time drug offense, to be released from prison. She also helped persuade former President Donald Trump to pass the First Step Act, which enacted several major reforms to the U.S. prison system, in 2019. The same year, Vogue reported she’d begun studying to pass California’s bar exam. During the final season of KUWTK, Kardashian revealed she failed the pre-exam. “So you guys, I did not pass the baby bar,” she said. “If you are doing law school the way I’m doing it, it is a four-year program instead of your typical three-year program. And after year one, you have to take the baby bar. This would actually be harder, I hear, than the official bar.”

Kardashian failed the exam again in 2021, noting she scored “a little bit worse” than her first try. In the Dec. 13 post celebrating her passing score, she told fans she’d failed a third time as well. “I failed this exam 3 times in 2 years, but I got back up each time and studied harder and tried again until I did it!!! (I did have COVID on the 3rd try w a 104 fever but I’m not making excuses),” she wrote before reexplaining her unconventional route to becoming a lawyer. “In California, the way I’m studying law you need to take 2 bar exams, this was just the first one but with the harder pass rate,” she continued. “I was told by top lawyers that this was a close to impossible journey and harder than the traditional law school route but it was my only option and it feels so so sooooo good to be here and on my way to achieving my goals.”

Next, she thanked law professionals, including Van Jones, Jessica Jackson, and Erin Haney, for advising her throughout the process. “I respect them so much and appreciate [Jackson and Haney] both for letting me tag along and ask all of the little questions along the way,” stated Kardashian, who then acknowledged professors Sam Arlen Farkas and Chuck Shonholtz from Bar Bri Law School. “Thank you guys for putting in the hours and teaching me everything I needed to know! 10 hour days, daily 4 hour zooms, our in person practice tests week after week. We did it!”

The reported billionaire concluded with a heartfelt nod to her father. “I know my dad would be so proud, and he would actually be so shocked to know that this is my path now but he would have been my best study partner. I am told he was notorious for making fun of people who didn’t pass on their first attempt like he did, but he would have been my biggest cheerleader,” she stated. “Bottom line is don’t ever give up even when you are holding on by a thread, you can do it!!!!! Set your mind to it and get it done because it feels soooooo good once you get to the other side!”