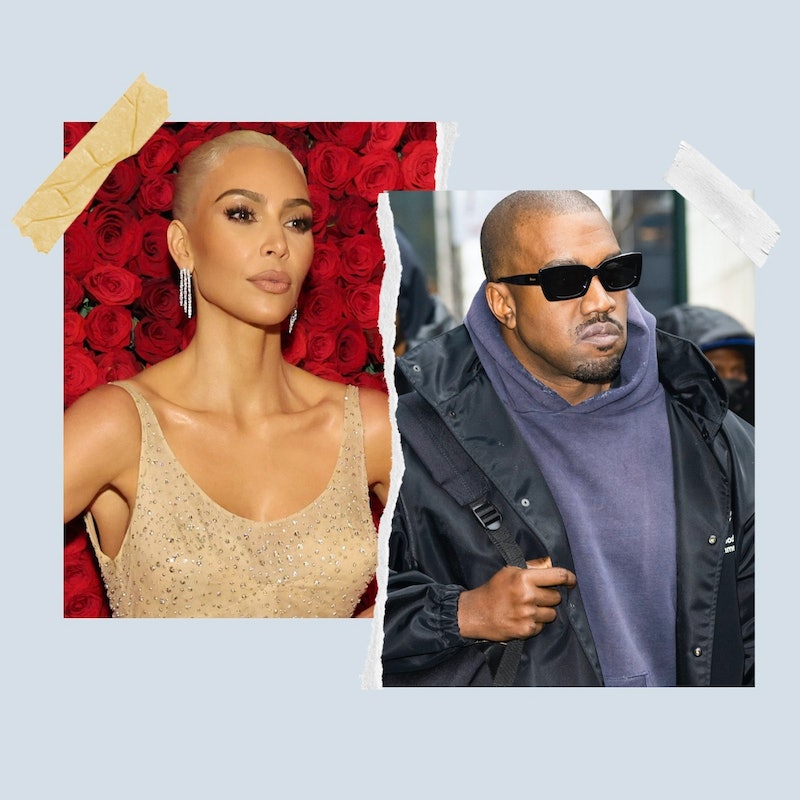 Kanye West is not just a rapper, and he makes sure everyone is well aware of that — including his estranged wife Kim Kardashian. On Episode 4 of Hulu’s The Kardashians, which premiered on May 5, Kim revealed that Kanye walked off the Saturday Night Live set in the middle of her monologue, divulging that he stormed off due to two particular words that annoyed him.

During her brutal opening monologue, Kim explained how she married the “best rapper of all time” and “richest Black man in America” before landing her punchline. “When I divorced him, you have to know it came down to just one thing: his personality,” she quipped. While on a hike with her sister Khloé in the new episode, Kim said Kanye “walked out on SNL mid-monologue” because she used the words “divorce” and “rapper” in her jokes. “He wished I said the words ‘filed for divorce’,” she explained. “And he was upset that I also said he was a rapper. He said, ‘I’m so much more than a rapper, I can’t believe you said ‘rapper’.”

Kim filed for divorce from Kanye in February 2021 and was only declared legally single a year later, meaning they were technically still married when she hosted SNL in October (the divorce is still ongoing). And yes, Kanye is more than just a rapper. After all, his Yeezy footwear and apparel lines, specifically huge collaborations with Adidas and Gap, helped him become a billionaire — but his Grammy-winning rap albums started it all.

Kim went on to point out her estranged husband’s hypocrisy, noting how she stood by him after tangents and controversies, like his endorsement of Donald Trump, Twitter conspiracy theories, and alarming family revelations in his presidential campaign speeches. “I sat there through so many speeches and things that have not been the most comfortable for me, but that was my partner and I stood by him,” she said. “I would never embarrass him and walk out and leave.”

Khloé was in complete agreement, adding, “Not even just speeches, strong public stances he’s taken in many different areas that might not be your stance but you were his wife and that’s what you do. But how is that fair for you?” Kim acknowledged this, saying that he’s “so used to getting exactly what he wants” on a level that they’ve never seen. “Good for him,” she said jokingly. “But hey, it’s not gonna happen here.”