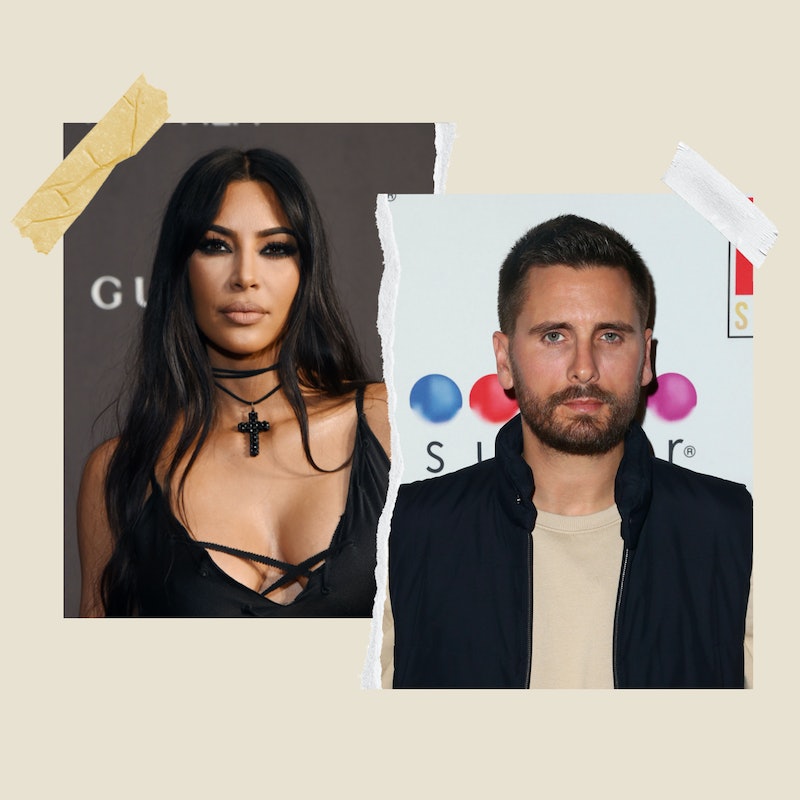 20 seasons of Keeping Up With the Kardashians is finally catching up to the reality TV family. In a new clip from the show’s final season, Kim Kardashian and Scott Disick revealed that they are very hesitant to let their kids watch past seasons. “I don’t really want to explain, like, who Kris Humphries is,” the Skims founder said in the sneak peek, referring to the NBA star she was married to for 72 days in 2011. But at some point, Kardashian knows that she will have to sit down with her four children — North, 7, Saint, 5, Chicago, 3, and Psalm, 2 — and explain every detail of her past.

“That is your life, that is your past, and at some point, they’re going to be interested in seeing everything,” Disick explained. “They’re either going to do it without us or with us.” Ultimately, Kim knows that her kids, who she shares with rapper Kanye West, will wind up watching the show without her if she doesn’t find the courage to sit down and watch it with them. However, the 40-year-old said she’s “just not ready” for her kids to see it yet, mostly because she knows that she is “going to have to explain a lot.”

“I’m just thinking, they’re going to watch it at some point because it’s our life,” the Talentless founder added, explaining that the three kids he shares with Kourtney Kardashian — Mason, 11, Penelope, 8, and Reign, 6 — will naturally be curious to see their parents’ past relationship play out onscreen. Much like Kim, though, Scott isn’t sure when the best time to let them watch the show is, especially considering his tumultuous history on the hit reality series. “Honestly, the only person that did bad sh*t on the show was me,” he said. “You don’t have nothing to worry about. I really have some explaining to do.”

While it remains unclear when exactly Kardashian and Disick will let their kids watch the show, what we do know is that some of the kids have already been exposed to some of the most famous KUWTK scenes on TikTok. North, for example, once trolled Kim by acting out one of her most memed crying scenes ever. “She sees that stuff and she’ll come in and go, ‘Mom, I lost my earring!’ She’ll do that as a joke and I’m just like, ‘You have no idea what that is,’” the KKW Beauty founder said.

For the most part, the kids seem unfazed that the iconic series is coming to an end. “I mean, it’s kind of crazy that when we announced that we were going to stop it, that Kourtney told Mason and he really didn’t have any reaction,” Kardashian recalled. “Like, it doesn’t mean anything to him ... but the kids were such a big part of the show.” Disick agreed. “They were born into it,” the 37-year-old reality star said. “If we were born with cameras around we wouldn’t know the difference, either.”

Unlike the kids, the adults in the family are having a harder time coming to terms with the show’s end. “I know that we are Scott’s only family and that he feels insecure about not being able to spend time with the whole family now that the show’s ending,” Kourtney said in another recent clip, adding that he feels “nostalgic” and sad that the series is ending. “I think he wants to make sure that we’re all going to see each other when we’re not filming. And I want to make sure he knows we will always be in each other’s lives.”

Keeping Up with the Kardashians airs Thursdays at 8 p.m. ET on E!