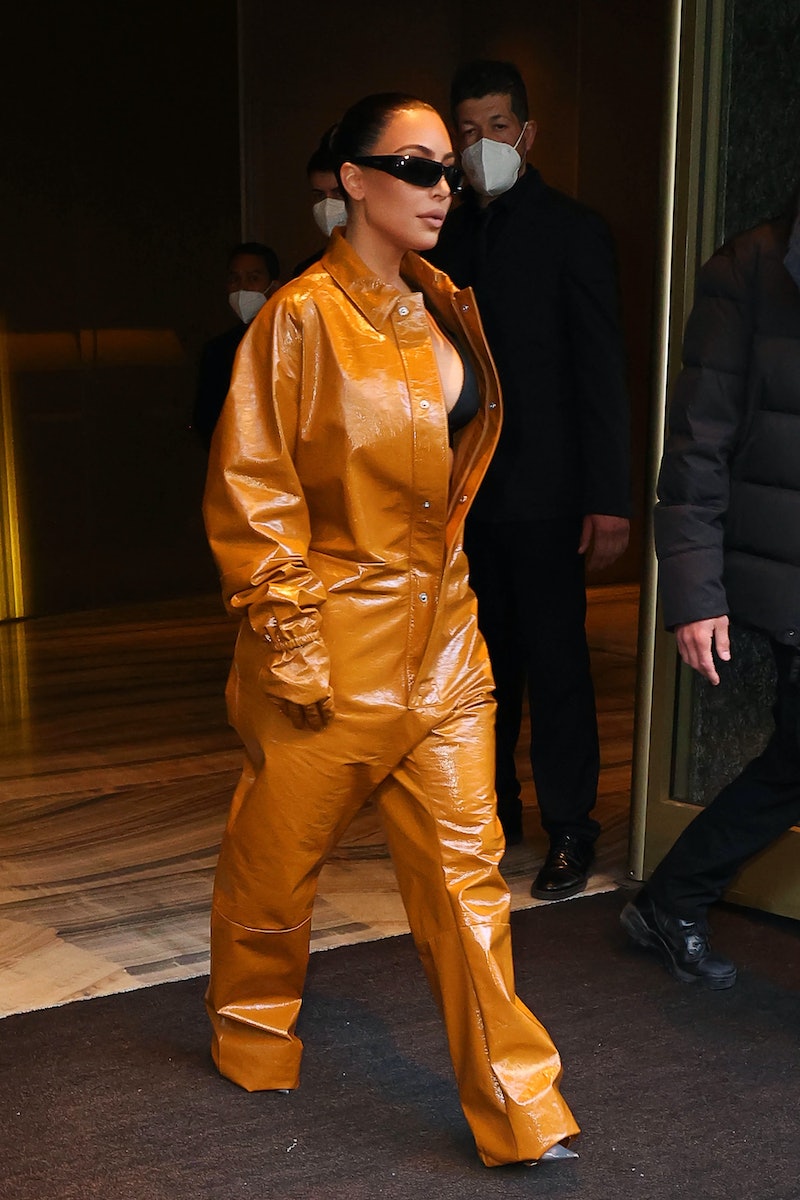 Kim Kardashian walked the streets of Milan in countless Prada looks when she attended the fashion house’s FW22 show in February 2022, and of course, Kanye West had opinions. On the third episode of The Kardashians Season 2, which premiered on Oct. 6, Kardashian revealed what her ex-husband texted her about her wardrobe choices in Milan — and what she retorted back to him.

Before stepping out to go shopping, the Skims founder showed her team some text messages that the rapper and fashion designer had sent her after seeing paparazzi photos of her outfits. “No white glasses,” he advised her. “Make security wear black gloves. The orange look made me so mad, would have went to jail before I went out in that.” He concluded with a more useful update about their nine-year-old daughter: “I’ll be home for North’s game.”

In her confessional, Kardashian explained that West still gives her unsolicited style advice often, and she gives it right back if needed, but there are no hard feelings when they clash. “While we’re here in Milan, Kanye has the kids at home and he can’t help himself,” she said. “We can laugh about things we like or don’t like. No matter how crazy things are sometimes, we’re always going to be family. I’ll text him back and be like, ‘You know, you have been wearing those boots for a long time, so when you’re ready to change your outfit, let me know and then you can have advice on mine.’”

It’s no secret that West had a huge impact on Kardashian’s fashion during their marriage. He even continued to style her after she filed for divorce in February 2021, but Kardashian has since strived to become more independent with her fashion choices. In a Season 1 episode of The Kardashians, she told her sister Kourtney that she relied on West too much. “I got to a point where I would ask him for advice for everything — down to what I wear,” she said. “Even now I’m having panic attacks like, ‘What do I wear?’”

West helped style Kardashian for her Saturday Night Live hosting debut in October 2021, but when she chose her own outfit for a Wall Street Journal event the next day, he had some harsh words about her look. “He called me afterwards,” she recalled. “He told me my career’s over. And then he showed me a picture of Marge Simpson wearing something similar.” Hey, maybe Marge has great taste in fashion.