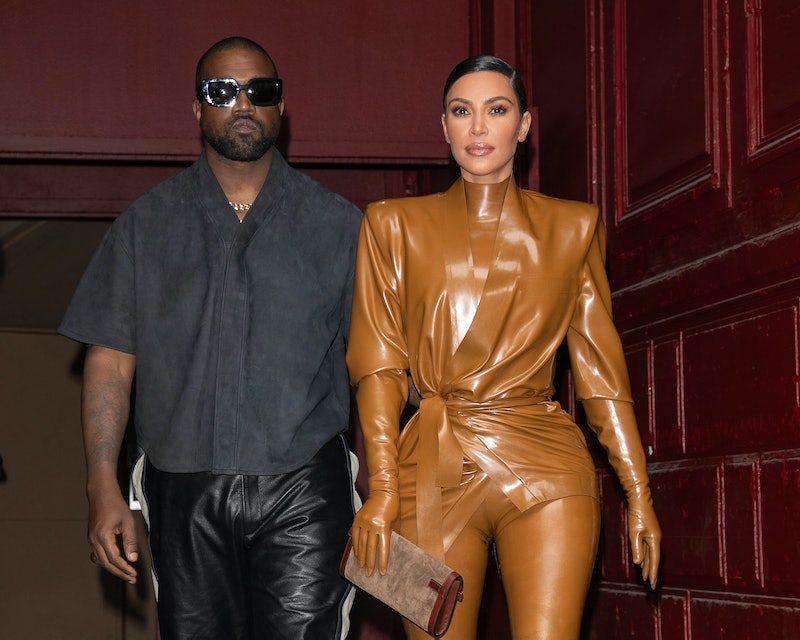 Yeezy is trying to make amends with his ex-wife. Kanye West apologized to Kim Kardashian for his social media antics in a rare interview with Good Morning America, which premiered on Sept. 22. “This is the mother of my children,” he said. “And I apologize for any stress that I have caused, even in my frustration, because God calls me to be stronger, but also, ain’t nobody else need to be causing no stress either. I need this person to be [the] least stressed and of the best, sound mind and as calm as possible to be able to raise those children.”

Kardashian filed for divorce from West in February 2021. They share four kids together — 9-year-old daughter North, 6-year-old son Saint, 4-year-old daughter Chicago, and 3-year-old son Psalm. Most recently, the rapper shared alleged screenshots of text messages on Instagram between him and Kardashian and claimed that she wasn’t letting him have a say in their children’s education, comparing the situation to his ongoing issues with Gap and Adidas. “Me not having a say on where my children go to school,” he captioned the now-deleted post. “Call me whatever names you want. If you don’t understand why I will not back down on my businesses, my brands and my children then you’re the ones who are crazy.”

Since then, West updated fans on his Instagram Story and said he had a “good meeting” with Kardashian about possibly having the kids attend his new private school Donda Academy. However, in the new interview, West continued to say that co-parenting was still a battle at times. “I do have a voice, but I had to fight for it,” he said. “That hurts you when you have to scream about what your kids are wearing.”

Kardashian has been the target of several social media rants and posts from West, especially while she was dating her ex-boyfriend Pete Davidson. It reached a breaking point in January 2021, when she fought back against one of West’s outbursts about their daughter North using TikTok. “Kanye’s constant attacks on me in interviews and on social media is actually more hurtful than any TikTok North might create,” she wrote in an Instagram Story. “Divorce is difficult enough on our children and Kanye’s obsession with trying to control and manipulate our situation so negatively and publicly is only causing further pain for all.”

Now, Kardashian says she’s committed to peacefully co-parenting with West, explaining that she wants him to always be present for the kids on her Hulu show The Kardashians. The Yeezy designer is also reflecting on his use of social media and how hurtful it can be. “Oh, that’s one of my favorite questions this interview,” he told GMA. “I mean, we can use a car to rush somebody to a hospital — or we could use a car and accidentally hit somebody while we’re rushing somebody to the hospital. So it’s all in how we use it.”