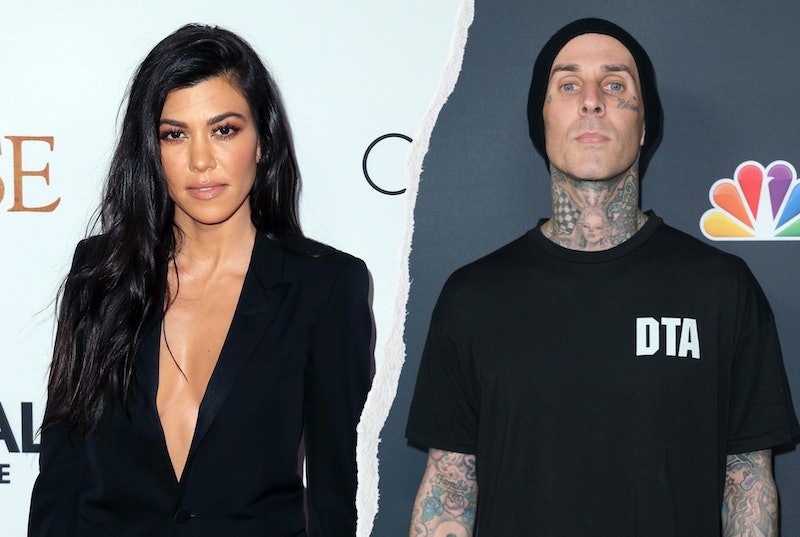 It’s been roughly two months since the news broke that Kourtney Kardashian and Travis Barker are dating, but it appears the relationship is more serious than we originally thought. On Tuesday, March 23, the Blink-182 drummer took to his Instagram Stories to share a personalized note from the reality star herself. “I love you,” Kardashian wrote in her signature handwriting.

While this isn’t the first love note Kourtney has written for Travis, it is the first one in which she explicitly said that she loves him. On a March 4 episode of The Drew Barrymore Show, the musician opened up about one of the previous letters he received from the Poosh founder that read: “To lots of fun adventures. May we destroy each other completely. Love, Kourtney.”

After Barrymore called the note “hot” and joked that her love letter would likely be about going to bed early and watching a movie, Barker revealed that Kardashian’s letter was more his style. “I would prefer the opposite,” he said. “I would prefer to, kind of, go in the blaze of glory and ball of flames.”

From there, Barker couldn’t help but gush over the 41-year-old mother of three. "I dated girls who didn't have kids, and I find it hard because they would have trouble understanding like, ‘Why don’t you want to go to dinner every night with me?’ or ‘Why don’t you want to see me every night?’” he said. “Now I'm spending time with a woman who’s a great mom, who’s a great friend, and you don't have to worry about any of those things.”

The 45-year-old drummer also said that he and Kardashian are at a point in their lives where they’re able to have a mature relationship. “It just comes natural,” he added. “It’s like a maturity thing. And I also really like missing someone and cherishing the time that I spend with them instead of every day being with them, especially in the beginning of the relationship. I think missing someone is so important.”

E! News’ latest report seems to support everything Barker revealed on The Drew Barrymore Show earlier this month. “He is a great boyfriend and really treats her well,” a source told the outlet. "He showers her with gifts and compliments. She’s enjoying it. It’s very easy to date him because they have known each other for so long. He was always into her and it finally happened.”

People first reported that Kardashian and Barker were dating on Jan. 24. “They're in Palm Springs together. They’ve been dating for about a month or two,” an insider revealed. "They've been friends for a long time but it’s turned romantic.” On Feb. 17, Kourtney officially confirmed the relationship herself with a photo of the pair holding hands on Instagram. However, now that they’ve dropped the L-word, they’ve taken their relationship to a whole new level.