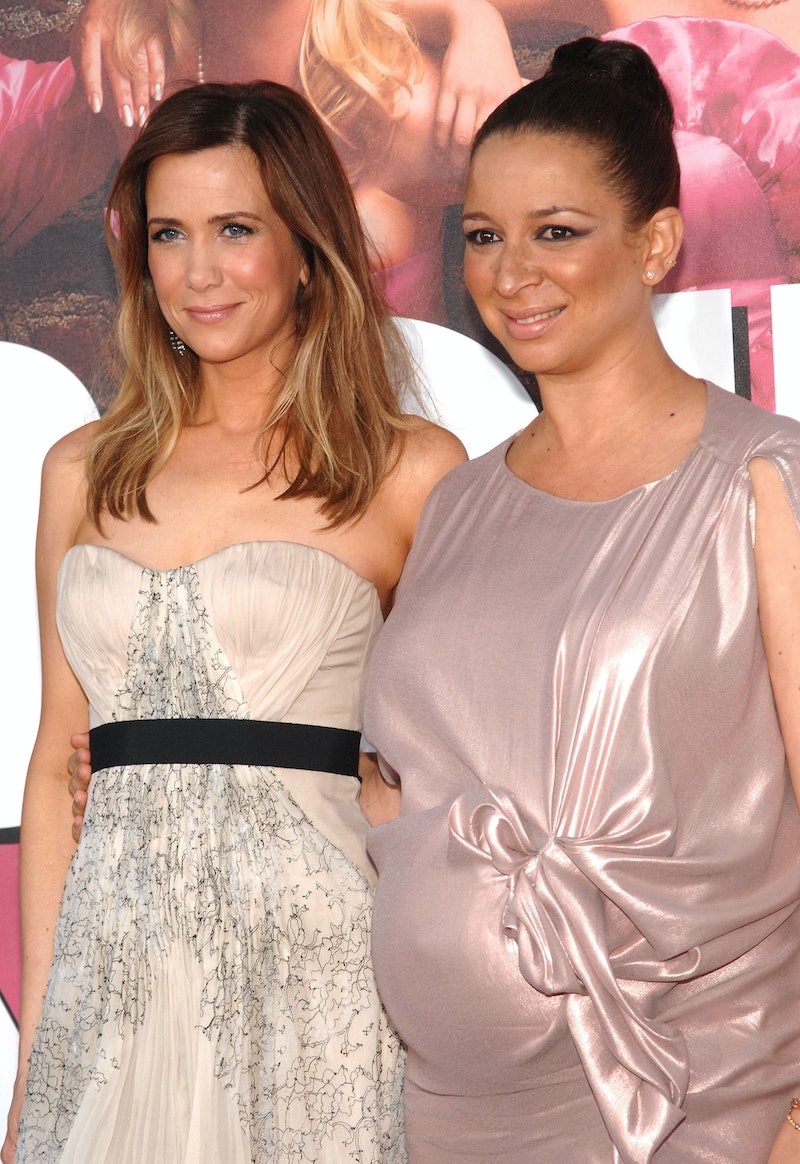 In the Dec. 19 episode of Saturday Night Live, Kristen Wiig wasn't the only former standout of the series to appear. The comedy star's fellow SNL alum Maya Rudolph joined her during the monologue for an impromptu Bridesmaids reunion. Sporting a festive silver sparkly dress and backed by a veritable field of poinsettias, Wiig launched into a seasonally appropriate monologue to kick off the final SNL episode of 2020. Like last week's monologue with Timothée Chalamet, Wiig went the musical route for her show-opener, treating the audience to a rendition of the holiday classic from The Sound of Music, "My Favorite Things."

But since this is Kristen "The Queen of Silliness" Wiig we're talking about here, her version of the song was just a little different from the one sung by Julie Andrews in the 1965 film. Wiig's version contained nonsensical lines like "whiskers on babies and babies on buildings, long beards on babies and mittens with wings" rather than the actual lyrics. Before long, Rudolph entered to great applause to help out her old friend by telling Wiig that she was getting the lyrics wrong and offering to help her out. The Big Mouth star then began to sing bizarre and incorrect lyrics as well, until she and Wiig were both interrupted by SNL's reigning comedy monarch, Kate McKinnon. Repeating Maya's beat, McKinnon told the two singers that they had the lyrics all wrong and that she would sing them correctly for them. And that's exactly what she did.

McKinnon sang the actual lyrics to the song before being cut off by Wiig and Rudolph, who insisted that her lines about "cream-colored ponies" were not only ludicrous, but possibly racist, too. The Bridesmaids stars then explained to McKinnon that because 2020 has been such a wild year, the things they list in the song should be just as out-there to keep up. This explanation got McKinnon on board with the goofiness, and all three comedians closed out the monologue by singing together and declaring, "Goodbye, 2020, you really did stink!"

Welp, there's no arguing with that sentiment. Can we make Kristen Wiig, Maya Rudolph, and Kate McKinnon's version of the song the official one? At least until next year?