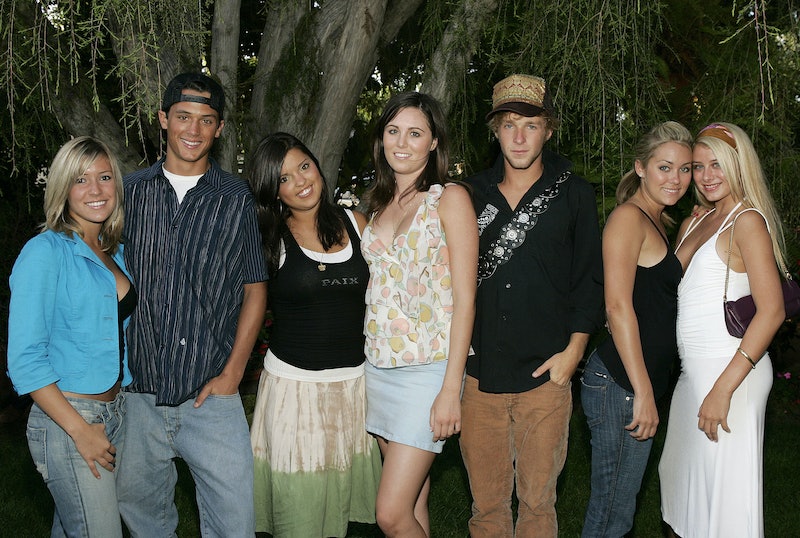 High school is forever. At least, it is when you star in a wildly popular reality TV show and play out your teenage love in front of millions of people. But, these two don't seem to mind, as Laguna Beach stars Kristin Cavallari and Stephen Colletti's Instagram reunion clearly shows, they love taking it back to the beginning (aka 2004).

Cavallari and Colletti are back together again, but not in the way you think. Despite the cozy Instagram pic shared by the Very Cavallari star on Tuesday, Aug. 4, TMZ reported that the two are not dating again. In fact, the site claimed that the exes were joined by fellow Laguna Beach alum, Alex Murrel. So, it wasn't exactly the romantic Pomodoro date night fans might be imagining. But, that didn't stop Cavallari from teasing fans with her caption, writing, "2004 or 2020?!" And given the lack face masks and social distancing, who's to say?

This isn't the first time the high school sweethearts have reunited since Laguna Beach. In fact, according to Cavallari, they've remained friendly over the years. "I do talk to Stephen," she told E! News in 2018. "I've actually been talking to him a lot recently." At the time, she even hinted that Colletti was interested in appearing on her E! reality show, Very Cavallari, though he didn't get the chance to participate before Cavallari announced the end of the show in May, following her split from husband Jay Colter.

Cavallari has been known to keep in touch with her reality show BFFs. Earlier this year, she invited her Hills co-stars Audrina Patridge and Heidi Montag to come visit her in Nashville for an episode of Very Cavallari. She's even let go of the fact that she was introduced as a villain on Laguna Beach, thanks in part to star Lauren Conrad's close relationship with Colletti. "I was a great villain," she said on an episode of Very Cavallari, joking, "That's where I shine."