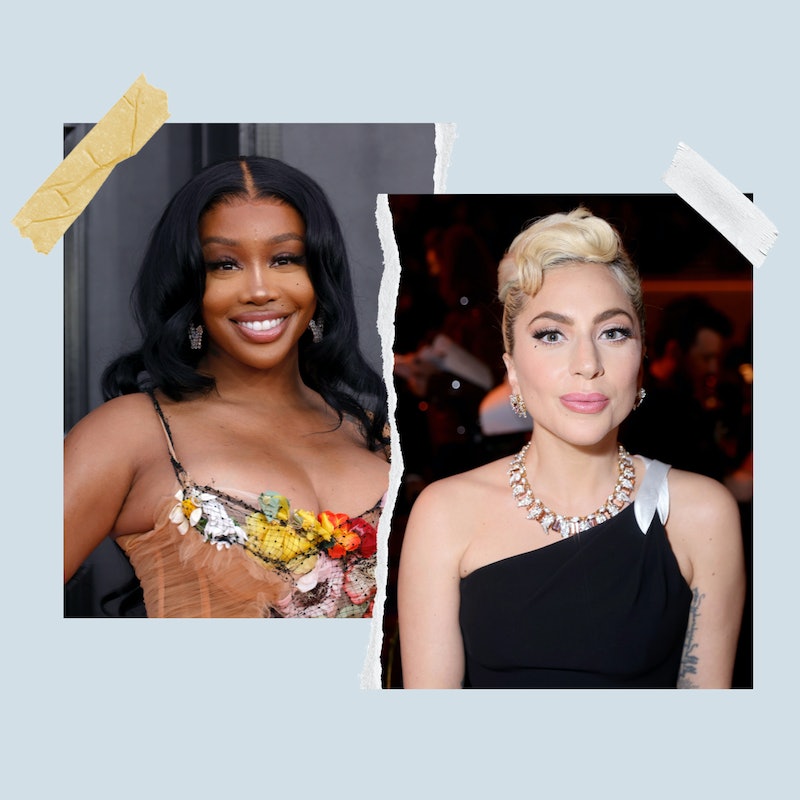 There were many memorable moments from the 2022 Grammy Awards. Host Trevor Noah took a jab at Will Smith, BTS’ V was spotted getting flirty with Olivia Rodrigo, and Justin Bieber’s slowed-down, emotional version of “Peaches” confused just about everyone. But arguably the sweetest moment of the night came when Lady Gaga helped SZA, who was injured, get on stage to accept an award.

SZA was nominated five times this year, and when she won the Grammy for Best Pop Duo/Group Performance for “Kiss Me More” with Doja Cat, it became clear to Gaga that the rapper needed assistance. As SZA made her way to the microphone on crutches, the “Love For Sale” singer appeared out of thin air to bundle up the train of her floral Jean Paul Gaultier gown so that she wouldn’t trip.

That brief moment of genuine support warmed the hearts of millions. “Love to see queens supporting each other at the Grammys,” teen film critic Tabitha Yuen tweeted. “That moment between Lady Gaga and SZA was wonderful.” Emmy-nominated actor Yvette Nicole Brown agreed. “Did you see @LadyGaga help @SZA (who’s on crutches) with her train just now?” she wrote. “After that and the kindness she showed #LizaMinelli at the Oscars, WHOO! The care she shows others just FLOORS me.”

Gaga made headlines on March 27 for helping the legendary Liza Minelli when she fumbled with her cue cards at the Academy Awards. “I don’t understand,” the 76-year-old said on stage. “I got it,” Gaga responded before reaching down to hold Minelli’s hand and comfort her. Right before announcing the nominees for Best Picture, the duo shared the sweetest exchange. “I gotcha,” the A Star Is Born actor said. “I know,” Minnelli replied.

Between the Oscars moment and the Grammys moment, folks on Twitter can’t get enough of “legends supporting legends”:

For those who are wondering, SZA explained the cause of her injury backstage. “It’s very funny because I fell out of bed right before it was time to leave and get ready for this,” she said, according to Billboard. “Like the day before, but that’s the way it goes. Everything awesome in my life has always come with something very random, but it just adds to the energy. The rapper also gave a shoutout to her “Kiss Me More” collaborator. “She’s a star,” she said of Doja cat. “I think she’s so masterful… I’ve just been able to learn from her.”

More like this
Harry Styles Is Performing At The 2023 Grammy Awards
By Jake Viswanath
Twitter Is In Awe Of Taylor Swift’s “Lavender Haze” Music Video
By Jake Viswanath
Twitter Is Roasting Liam Hemsworth Thanks To Miley Cyrus' New Song “Flowers”
By Jake Viswanath
Hilary Duff Is “Optimistic” About A 'Lizzie McGuire' Reboot
By Alyssa Lapid
Get Even More From Bustle — Sign Up For The Newsletter
From hair trends to relationship advice, our daily newsletter has everything you need to sound like a person who’s on TikTok, even if you aren’t.