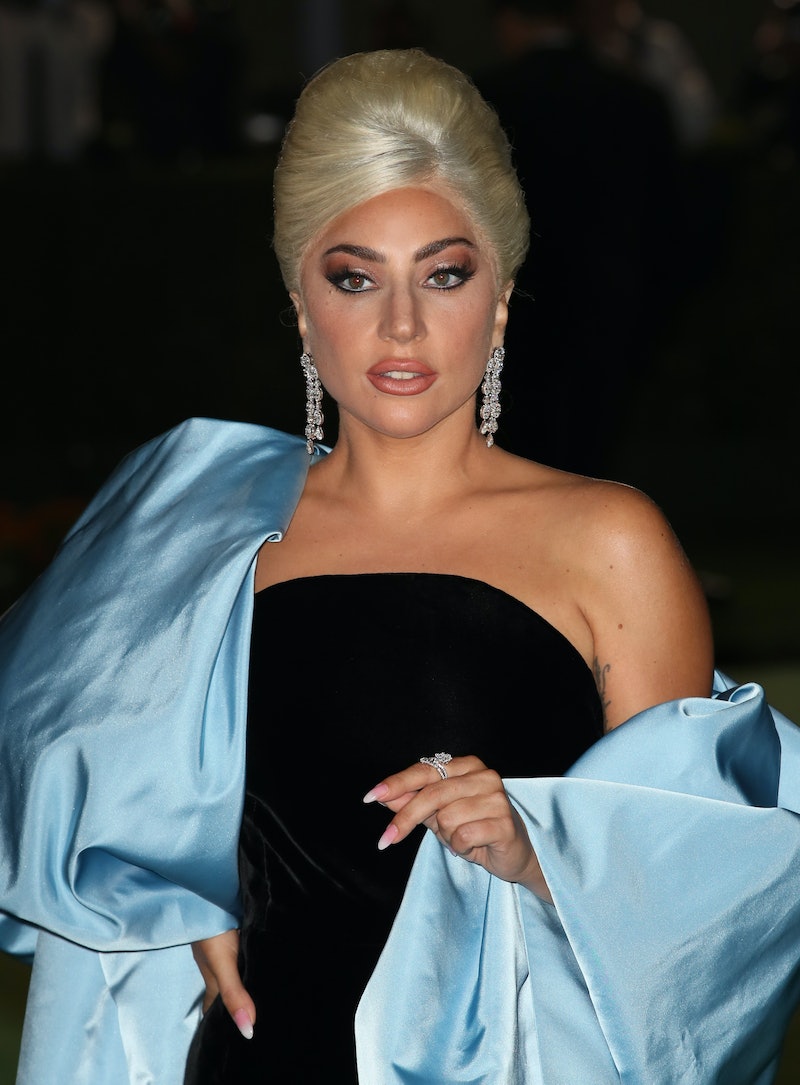 The second House Of Gucci trailer dropped on Oct 28 giving fans another glimpse of what they can expect from Lady Gaga’s portrayal of Italian socialite-turned-convicted murderer Patrizia Reggiani. Gaga’s take on Reggiani is a standout, and to prepare for the role of a lifetime Lady Gaga went full method. In fact, the entertainer admitted in a recent interview that she had lived as her character “for a year and a half.”

The upcoming Ridley Scott film, out November 26, will see Lady Gaga portray the Italian heiress during her marriage to Gucci heir Maurizio Gucci (played Adam Driver). The circumstances that led the glamorous Italian socialite to hire a hitman to kill her husband in 1995 will feature heavily.

From near-athletic performances to meat dresses, Lady Gaga is already known for her passionate commitment to her work. But for House of Gucci, it seems she’s taken things even further. Speaking to British Vogue’s Giles Hattersley for the December issue, Lady Gaga shared her unconventional approach to portraying Reggiani authentically, claiming that she “never broke” character even when she was off-camera.

“It is three years since I started working on it,” she explained, “and I will be fully honest and transparent: I lived as her [Reggiani] for a year and a half. And I spoke with an accent for nine months of that.” “I never broke. I stayed with her,” Gaga said.

For the entertainer, being in character meant “instantly” dyeing her hair brunette as she felt “it was nearly impossible for me to speak in the accent as a blonde.” Gaga also admitted that her commitment to perfecting the role became difficult for friends and family to be around, telling Vogue that “there was some silence and some disconnect for a while.”

“You end up sounding and looking like them, yes, but it’s not an imitation, it’s a becoming,” she explained, also admitting that she didn’t know whether her approach was “healthy.” “I remember when we started filming, I knew I had become – and I knew that the greater challenge was going to be unbecoming,” she added.

As the shocking true story goes, Patricia Reggiani served 18 years of a 26-year sentence for her role in her husband’s murder, and now lives in Milan. However, Gaga hasn’t asked been in touch with Regianni for inspiration, because, as she says “nobody was going to tell me who Patrizia Gucci was. Not even Patrizia Gucci.”

Lady Gaga’s intense, or as she describes it “journalistic”, approach to her film role was also witnessed by her co-star Salma Hayek — who plays Giuseppina "Pina" Auriemma — who described to Vogue that watching Gaga in character was “a fascinating thing.” “She was magical. A genius,” said Hayek.

The Applause singer-cum-actress who is originally from Yonkers, New York, claims the film is a chance to make her Italian ancestors proud.

Gaga said, per Vogue: “It was the experience of a lifetime making this film because every minute of every day I thought of my ancestors in Italy, and what they had to do so that I could have a better life. I just wanted to make them proud, which is why I made the decision to make the performance about a real woman and not about the idea of a bad woman.”

More like this
'The Holiday' Director Just Addressed *Those* Sequel Rumours
By Sam Ramsden
Hugh Jackman Shared The Sweetest Tribute To His “Extraordinary” Wife
By El Hunt
'Bridgerton' & 'Succession' Casts Join Forces For A New Dickens Adaptation
By Darshita Goyal
Robert Downey Jr.’s New Film Is A Tender Story of Fatherhood & Forgiveness
By El Hunt
Get The Very Best Of Bustle/UK