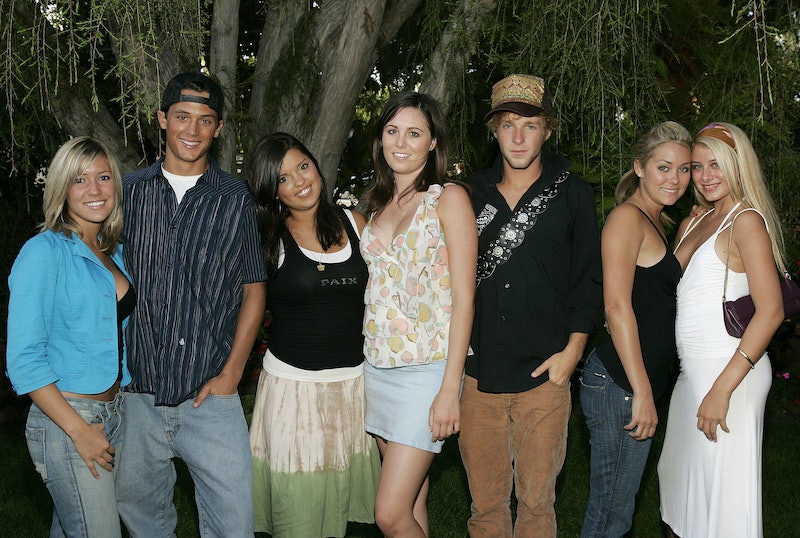 "Let's go back... back to the beginning," back to when The O.C. inspired one of the most popular teenage reality shows ever. Sadly, we can't physically return to 2004, but the next best thing is coming. A Laguna Beach cast reunion is finally happening — and, yes, L.C. herself will be there — but only if you register to vote in the upcoming presidential election on November 3.

After years of being famously reluctant to even consider returning to her reality TV roots, Lauren Conrad virtually joined Stephen Colletti, Trey Phillips, and Dieter Schmitz — all drinking out of red solo cups, as per high school tradition — in an Instagram video posted on Saturday, Oct. 3. The mini-reunion is exciting enough, but it turns out it's just the beginning. "We could partner with Good to Vote and Head Count and if we can get enough people to register to vote… we could do it," Conrad teased in the clip. And by "it," she meant an official Laguna Beach cast reunion — one that would include Kristin Cavallari and other original stars.

In addition to Conrad, Colletti, and Cavallari, Laguna Beach stars Lo Bosworth, Talan Torriero, Morgan Olsen, Loren Polster, and Christina Sinclair will all participate in the reunion. The cast is partnering with the #GoodToVote campaign, which aims to raise voter registration and participation numbers for the upcoming election. And the reunion will only happen if at least 500 fans either register to vote or verify their existing voter registration using the link provided.

While this would mark the first time that the entire original cast reunited since the show ended in 2008, fans have been treated to some mini-Laguna Beach reunions over the years. Most recently, Cavallari and Colletti reunited in Laguna; Cavallari even shared a pic from their cozy dinner on Instagram, captioning the photo, "2004 or 2020?!" Of course, the picture sparked a frenzy of speculation that the former couple were back together, especially in light of her divorce from Jay Cutler. Sadly, TMZ reported that the two were not dating again, and that they were even joined by fellow Laguna Beach alum Alex Murrel for the friendly hang-out.

More like this
How To Stream 'Pretty Wild'
By Arya Roshanian
The 'Bachelor In Paradise' Schedule Shifts To 4 Hours Every Week After The Season 8 Premiere
By Brad Witter
Molly-Mae Hague & Tommy Fury Celebrate Pregnancy Reveal In The Sweetest Way
By Sophie McEvoy and Sam Ramsden
What Is 'Pretty Wild' Star Tess Taylor Up To Now?
By Morgan Leigh Davies
Get Even More From Bustle — Sign Up For The Newsletter