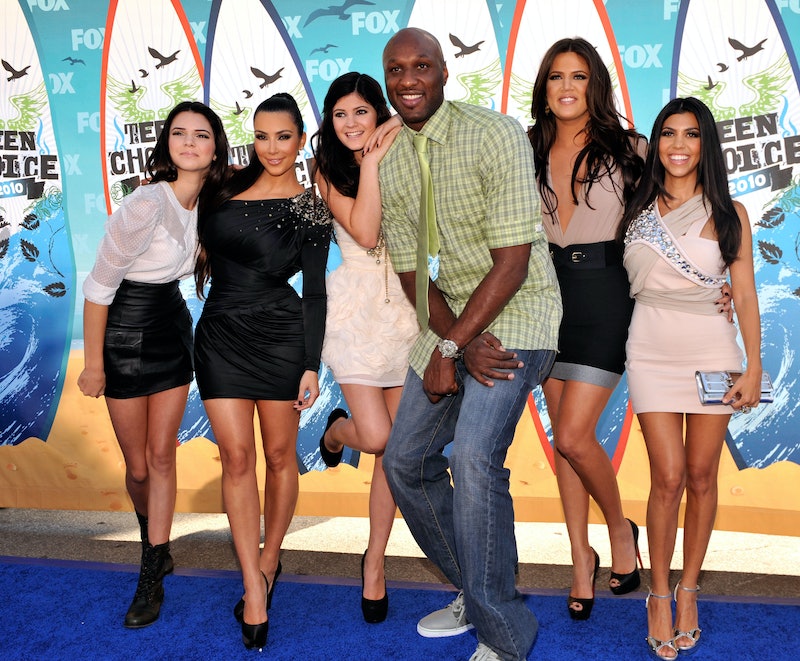 Lamar Odom has many regrets — especially when it comes to his relationship with the Kardashian-Jenner family. On Monday, May 24, the former NBA star revealed that he’s no longer on speaking terms with Khloé Kardashian, but that he remains grateful for the support he received from her family. “Unfortunately, you know, due to my behavior and some bad decisions, we don't really talk any longer,” Odom said when host Andy Cohen asked if he’s still in contact with the Good American founder. “I miss their family tremendously.”

As longtime fans of KUWTK know, Odom and Kardashian wed in 2009 after meeting each other just one month prior. The following year, the former couple starred in their own spinoff series called Khloe & Lamar, which lasted for two seasons and documented their private life as husband and wife. The couple’s relationship went downhill in 2013 when the basketball player was charged with driving under the influence. In December of that same year, Kardashian filed for divorce.

Things took a turn in 2015 when Odom was hospitalized after being found unconscious at a legal brothel in Nevada. The athlete reportedly suffered an accidental overdose, with a source telling E! News at the time that “virtually every drug imaginable was found in his system.” Despite his pending divorce from Khloé, which wasn’t finalized until 2016, the Kardashian-Jenner family rushed to his bedside. In 2018, he reflected on the near-fatal experience in an interview with Kevin Hart for the comedian’s “Cold as Balls” web series. “All my doctors that see me say I’m a walking miracle,” he said. “I had 12 strokes and six heart attacks when I was in a coma.”

Despite no longer being a part of the famous family, Odom remains grateful for their support and misses being around them. “Of course, anyone’s always gonna miss love,” the 41-year-old told Cohen. “That’s genuine. You know, the personalities, just spending time with them, it was one of the best times in my adult life.” In the past, Khloé has also expressed love and concern for Lamar, even after their split. “I miss him every day," she told Complex in 2015. “I miss what we had — things we got to do together are just memories. I like looking back and holding on to that stuff.” Later that year, she said on an episode of KUWTK that she checks in with him often to “make sure that he’s OK.”

While Odom doesn’t seem to have much of a relationship with the family right now, he made it clear to Cohen that he’s not giving up on fixing those broken relationships anytime soon. “We have to live with the decisions that we make,” he told the Watch What Happens Live host. “And then, hopefully in time, people heal and [will] be able to forgive me.”

More like this
Khloé Kardashian Writes Touching Instagram Tribute To Tristan Thompson’s Mother
By Alyssa Lapid
Everything You Need To Know About Kanye's Post-Kardashian Dating Life
By Bustle Editors
Paris Hilton & Carter Reum’s Relationship Timeline Includes A 2023 Grammys Date Night
By Bustle Editors
'Bachelorette' Vet Clare Crawley Revealed Her Stunning Wedding Photos
By Stephanie Topacio Long
Get Even More From Bustle — Sign Up For The Newsletter
From hair trends to relationship advice, our daily newsletter has everything you need to sound like a person who’s on TikTok, even if you aren’t.