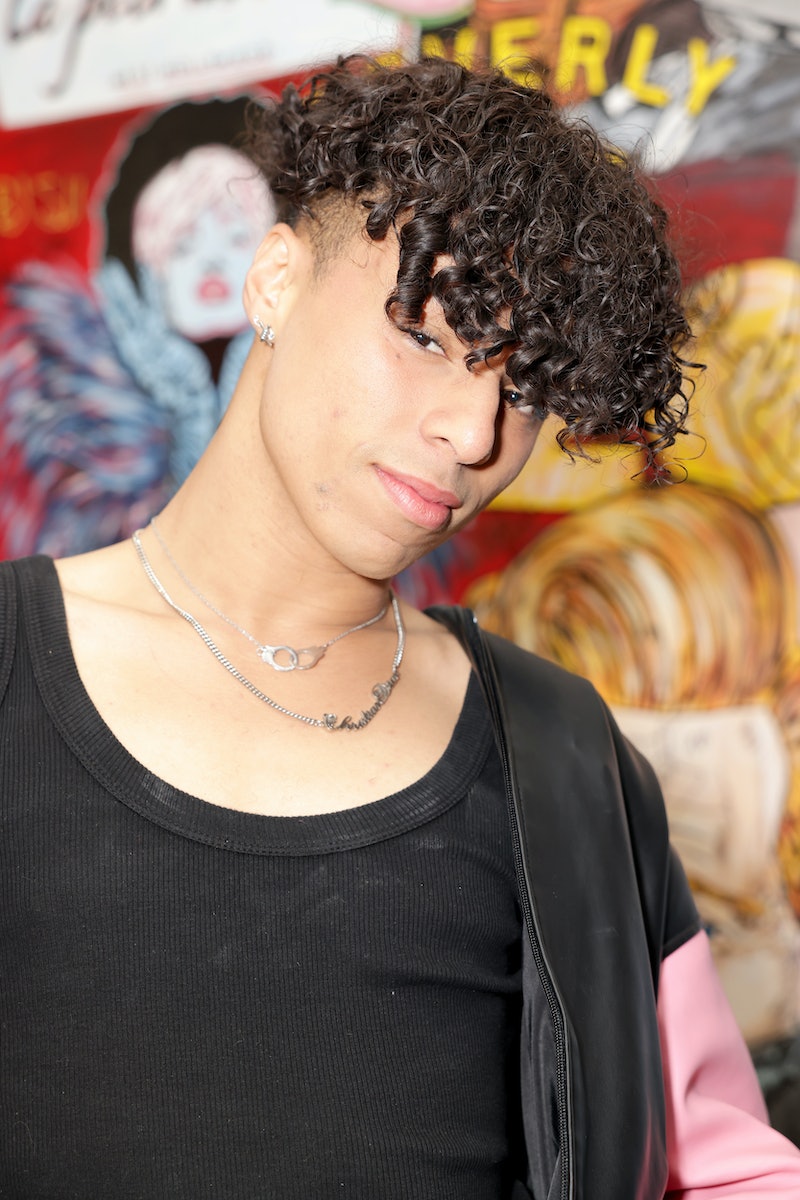 Netflix’s new reality series Hype House follows the collective of young social media creators known as the Hype House. Most of them live in a $5 million Los Angeles mansion, which serves as a social media incubator and provides a place for them to create content together. The group was founded in 2019 by series stars Chase Hudson, 19, and Thomas Petrou, 23.

Although Hype House has included up to 21 different TikTokers in the past, the show focuses on the careers and interpersonal dramas of a smaller group of Hype House members, including Nikita Dragun, Sienna Mae Gomez, Kouvr Annon, Alex Warren, Jack Wright, and Vinnie Hacker. One of newer members in the collective is Larri Merritt, aka Larray, a 23-year-old TikToker who first became known for videos of him playing Roblox. Here’s everything you need to know.

Though he’s currently best known for his TikTok videos, Larray started his social media career years ago on Vine. When the six-second video platform shut down, Larray moved to YouTube, where his channel LARRAY has accumulated 8.48 million subscribers over the past five years. His YouTube videos range in content, featuring titles such as “we stayed overnight in a haunted house,” “fighting TikTokers on roblox,” and “calling churches and coming out to them,” but are typically shot vlog-style. It’s also common for Larray’s YouTube videos to feature appearances from other social media stars; guests in recent videos include Bretman Rock and James Charles.

Larray has also dipped his toes into the music world with a handful of songs, the most popular of which is a 2020 release called “Cancelled” — a playful and catchy track in which he essentially drags a bunch of YouTubers and TikTok stars (a number of whom are also members of Hype House) who have been “cancelled.” Many of them also appear in the music video for the song. Since its release, the “Cancelled” music video has racked up over 88 million views. The single was certified gold in September 2021.

In addition to his social media fame, Larray has branched out into a couple of other business ventures. During summer 2021, he launched his clothing line ‘girliesxo’ as well as a virtual restaurant brand called Larray’s Loaded Mac, which sells — you guessed it — loaded mac and cheese.

The social media creator is also looking to break into Hollywood: In October 2020, it was announced that he’ll star in a yet-to-be-titled comedy movie in which he’ll play a fictionalized version of himself.

Like all of the Hype House residents, Larray’s biggest platform is his TikTok account @larrayeeee, which as of January 2022 has accrued 25.3 million followers. The TikToks he posts often utilize popular sounds and viral trends and, similar to his YouTube videos, feature other Hype House members and influencers.

Larray is also active on Instagram, where he has 6.6 million followers. He typically posts photos of himself, sometimes with friends, and also occasionally promotes his other social media accounts or business ventures.

Larray recently launched a Patreon page and plans to donate a portion of the revenue he makes from the platform to a variety of charitable organizations that his patrons will pick at the end of each month.

Like many of his Hype House peers, Larray lives out a lot of his life on social media — and that includes his personal life. Though Larray has made it clear numerous times that he’s not close with his father, he appears to have a special bond with his grandmother — in fact, earlier this year he shared a video of him surprising her with the car of her dreams.

Additionally, he’s set to star in a Facebook docuseries called Something About Larray, which will follow him as he renovates his grandmother’s home of 60 years. “I think Something About Larray will allow fans to see a different side of me, and I’m excited for them to meet my family on-screen,” the social media creator says in the trailer for the show.

Larray appears to be single after recently ending his relationship with YouTuber Brady Potter, who he dated from April 2019 to September 2021. Based on Larray’s social media comments about the split, it appears as though the two parted on good terms.