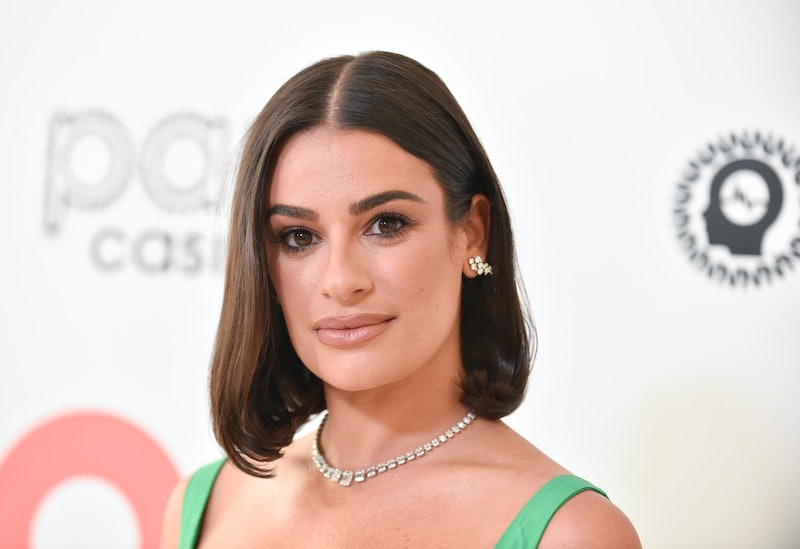 There’s no rain on Lea Michele’s parade. Broadway’s Funny Girl released a first look at the Glee alum rehearsing as Fanny Brice — aka “the role of a lifetime” — on Aug. 19. Along with a 30-second teaser, which featured Michele singing her rendition of “I’m the Greatest Star,” the production team also confirmed on Twitter and Instagram that she will officially make her Funny Girl debut on Sept. 6.

The black-and-white clips show the actor practicing her choreography “with pizzazz” alongside her co-stars, as such phrases as “A Star Returns” and “Hello, Gorgeous. Hello, Lea” flash on the screen. There are plenty of laughs and smiles, too, before she belts the promo’s final line, “Hey Mr. Ziegfeld, here I am,” over escalating piano flourishes. For Glee fans, the sneak peek felt every bit a case of life imitating art, as Michele’s character, Rachel Berry, played the same role on the Fox musical series, which ran from 2009 to 2015.

For her part, Michele also shared the video to both her Instagram Stories and grid, but without any additional commentary. (She did, however, call her turn as Fanny Brice a “dream come true” in an Aug. 5 caption.) Among those to offer their support was Lindsay Lohan, who commented on the joint post with multiple applause and red heart emojis.

Michele’s Broadway casting certainly didn’t come without plenty of drama though. Booksmart’s Beanie Feldstein began her run as Funny Girl’s lead in April and was scheduled to continue the gig through September. However, she left the musical several months early, announcing her planned departure in a July 10 Instagram statement. Calling her time as Fanny Brice “a lifelong dream,” Feldstein wrote, in part, “Once the production decided to take the show in a different direction, I made the extremely difficult decision to step away sooner than anticipated.”

Amid rampant rumors that producers had already recruited Michele to replace her, producers announced the casting switch the following day, though Feldstein took her final bow on July 31. Meanwhile, Jane Lynch, who co-starred with Michele on Glee, also exited Funny Girl as “Mrs. Brice” more than a month earlier than planned, following the casting change. In an August statement, Lynch cited a long-planned vacation and committment to September’s Creative Arts Emmy Awards ceremony as her reasons for her early departure. She also thanked the “wildly talented company led by Beanie Feldstein” and promised she would return to see her “friend Lea Michele light up the lights.”

Because several of Michele’s former co-stars claimed she had mistreated them on set, rumors quickly surfaced that her casting was the real reason for the comedian leaving the show ahead of schedule. As speculation ramped up though, Lynch set the record straight in a interview with Playbill published on Aug. 9. “I text with Lea. She and I are fine,” she insisted. “I love working with [current Fanny] Julie [Benko]. I loved working with Beanie. There’s no drama here. None.”