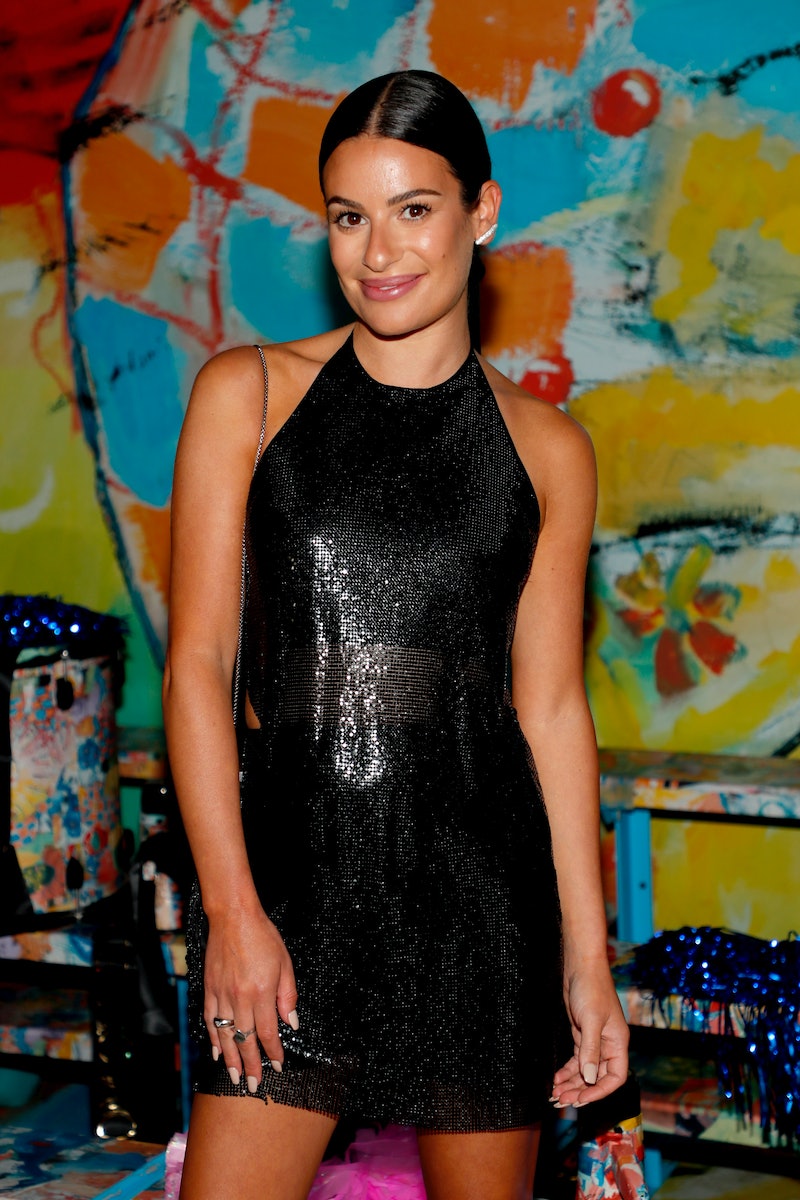 The show announced the casting switch July 11, and Michele took to Instagram to celebrate the announcement. “A dream come true is an understatement,” she wrote on her story. “I’m so incredibly honored to join this amazing cast and production and return to the stage playing Fanny Brice on Broadway.”

Of course, many saw the social media post coming after Feldstein announced her plans to leave the show in a July 10 Instagram post. “Once the production decided to take the show in a different direction, I made the extremely difficult decision to step away sooner than anticipated,” the Booksmart star wrote.

While Michele’s turn as Fanny won’t begin until Sept. 6, the theater community wasted no time responding to the casting announcement. However, one group was largely absent from the conversation surrounding Michele’s casting: her former Glee castmates. That may not be too surprising, though. After Samantha Ware (who played Jane Hayward in Season 6) accused Michele of “traumatic microaggressions” in a 2020 tweet, several fellow Glee stars supported Ware — and some, like Heather Morris (who played Brittany Pierce), joined her in criticizing the series lead, writing that she was “unpleasant to work with” and “SHOULD be called out” in her own tweet.

Now, two years later, most of the Glee cast haven’t addressed Michele’s casting at all. But there are a few reactions — some positive, some subtly (or not-so-subtly) critical.

The actor and musician — aka SAMÉYA — previously elaborated on Michele’s alleged on-set treatment in an interview with Variety. “It was after I did my first performance, that’s when it started — the silent treatment, the stare-downs, the looks, the comments under her breath, the weird passive aggressiveness,” she said. “It all built up.”

Amber Riley (who played Mercedes Jones) posted Ware’s tweet on her Instagram story — and while she didn’t directly comment on Michele’s casting, she penned a message for Ware. “I support you @samanthamarieware and my heart is with you today. I’m so sorry you have [to] relive this 💜.”

Jane Lynch (who played Sue Sylvester) has actually been starring in Funny Girl alongside Feldstein — but will be departing the show before Michele’s turn as Fanny. (ICYMI, on Glee, Sue actually left Rachel’s opening night early because, well, Sue behavior. “I just can’t even” she says as she leaves the theater.)

The next day, Lynch also opened up to Deadline about why she’d be leaving the show ahead of Michele’s arrival. “We have been in touch about it,” she said. “You know, it was just a really strong idea to have [Tovah] Feldshuh and Lea premiere together. That’s the only reason [we won’t appear together]. I adore her. She’s just going to take this show and make it her own. I’m so glad she’s getting the opportunity in real life to do the show and not just on Glee.”

One of Michele’s supporters was Becca Tobin, who played Kitty Wilde on Glee and simply commented “🔥🔥🔥🔥🔥” on her friend’s Instagram post. As Tobin told Brides, Michele was actually a guest at her 2016 wedding — for which Lynch, incidentally, performed the ceremony. “It was actually Lea's idea to ask Jane Lynch to officiate,” Tobin said. “I've always really looked up to her, and we have gotten so close over the years. When I texted her to ask if she would do it, she immediately sent back a screenshot of her being ordained online!”

Dot-Marie Jones (who played Coach Beiste) didn’t directly comment on Michele’s casting, but she definitely made her thoughts known in a subtle way via Twitter — where she liked several critical tweets from fellow actor Yvette Nicole Brown. One included a puke emoji, seemingly alluding to the casting announcement. “Sometimes the devil does win,” read another.

Brown, who worked with Michele on The Mayor in 2017, didn’t explictly mention the new Funny Girl lead. However, after Ware’s original 2020 tweet, Brown responded — seemingly resonating with her experience. “EVERY person on a set matters,” she wrote at the time. “EVERY person on a set deserves respect. And it is the RESPONSIBILITY of every series regular to make EVERY person who visits their home feel welcome.”