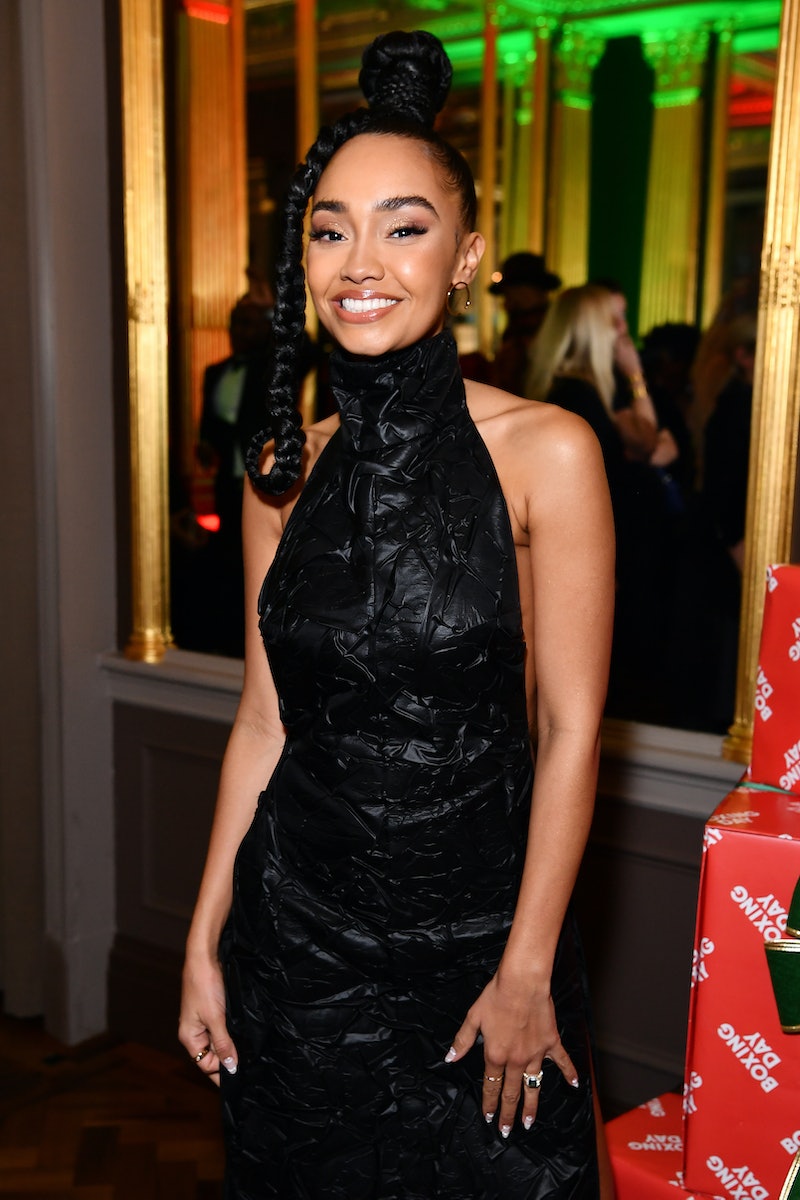 Ever since Little Mix star Leigh-Anne Pinnock announced the arrival of her babies, fans have been clamouring for more details. In her latest Instagram post, she has shared a moving scene of her breastfeeding her 5-month-old twins at once. The singer, who gave birth in August 2021, has been regularly sharing photos with her twin children, whilst maintaining their privacy.

Pinnock, alongside her partner Andre Gray, made the decision to keep their children’s faces, names, and sex private, following the birth of their twins. Unlike her fellow bandmate, Perri Edwards, who announced the name of her son, Axel Oxlade-Chamberlain, Pinnock told The Telegraph she was going to keep their names to herself.

In the recent black-and-white photo, we see Pinnock sitting on her sofa with her jumper lifted, breastfeeding her twins while they rest on the pillow beneath her. The caption simply reads, “MOM” with a heart emoji. The response to the intimate photo has been overwhelmingly positive, with people sharing their love for the photo in the comments. The post has already received 615,000 likes and counting.

Pinnock has previously uploaded photos of her twins, including one that shows a black-and-white shot of them holding hands with the caption, “It’s the forever bond that gets me….” alongside crying and heart emojis. And prior to this, there have also been a few shots of the happy family, such as the photo uploaded on Christmas of Pinnock, Gray, and the twins all wearing matching pyjamas, which received over 1 million likes.

Alongside adjusting to life as a new mother, the 30-year-old pop star is also preparing for Little Mix’s final tour in spring 2022, after which the band will be taking a break. In a statement, they said, “We feel the time is right to take a break so we can recharge and work on some other projects.”