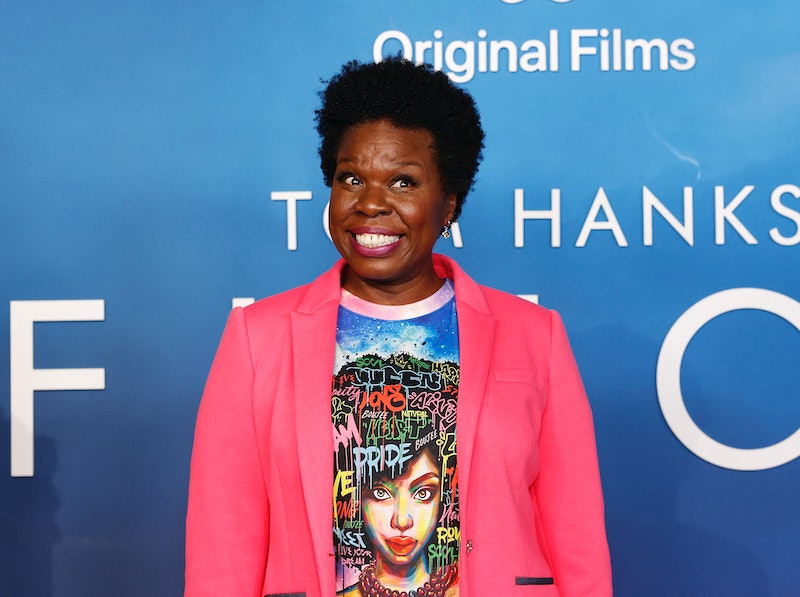 There is perhaps no one who loves the Olympics more than Leslie Jones. Whenever the Games roll around, the Saturday Night Live alum is ready to provide hilarious commentary. She’s become a staple of the global event, to the point that she was given official broadcasting roles in Rio de Janeiro in 2016 and Pyeongchang in 2018.

Despite not being in Beijing for the ongoing 2022 Winter Olympics, Jones is keeping the tradition going and sharing her unfiltered, profanity-laced thoughts online. Her TikTok and Twitter have been the site of some true Olympic gold, including her Team USA attire. The comedian started strong on Thursday, Feb. 3, showing off her outfit as she prepared to cheer on the U.S. figure skaters in the team event. And it was the perfect competition to start her off — thanks to the dazzling costumes and incredible athletic feats, she had more than enough material to work with.

“Im just saying came for the skating but I stay for the outfits,” Jones tweeted fairly early in the competition, during the men’s segment of the team event. However, it wasn’t even until later that she saw the true delights the evening had in store for her: the ice dance costumes. With its roots in ballroom dance, ice dance is full of showy costumes, and Jones couldn’t get enough of them. Another video captured her reaction to ROC skater Nikita Katsalapov in a “tiger Hawaiian shirt” and the “sharp” Janet Jackson-inspired costumes of Team USA’s Madison Hubbell and Zachary Donohue.

The actor also got caught up in the drama of a near collision between the ROC couple and the Americans as they shared the ice during their five-minute warmup. Showing a replay of the incident, Jones gave her take on what happened when Hubbell and Donohue had a close call with Katsalapov and his partner, Victoria Sinitsina. “Yo, I want you to look at this girl’s face,” she said of Hubbell. “When she say she ain’t playing… look at that girl in the Michael Jackson jacket. She looked there like, ‘B*tch, I wish you would.’”

Jones isn’t just devoted to figure skating. She’s been watching a variety of events, from snowboard slopestyle to hockey. Throughout, a lot of her hilarious comments have come from her sheer awe at the superhuman skills the athletes possess. She often muses about what would happen if she were to try the sports she sees. Watching moguls on Saturday, Feb. 5, for example, she discussed how her body would not hold up, saying, “Cracked knee, cracked knee, cracked knee … because all my kneecaps, cartilage, all that sh*t, just said, ‘F*ck it, I’ll meet you back at the house.”

As in years past, fans have been loving it. One described her posts as “the best thing to happen to commentary since honey badger.” You can’t get much better an endorsement than that.

More like this
The 2023 Super Bowl Commercials Feature A 'Breaking Bad' Reunion & Missy Elliott
By Alyssa Lapid
'Breaking Bad' Duo Walt & Jesse Are Back — In This Super Bowl Commercial
By Jake Viswanath
David Beckham’s Controversial Qatar Deal Skyrocketed His Net Worth
By Catharina Cheung
Why Andrea Riseborough Is Confused By Her Oscar Nomination For Best Actress
By Jake Viswanath
Get Even More From Bustle — Sign Up For The Newsletter
From hair trends to relationship advice, our daily newsletter has everything you need to sound like a person who’s on TikTok, even if you aren’t.