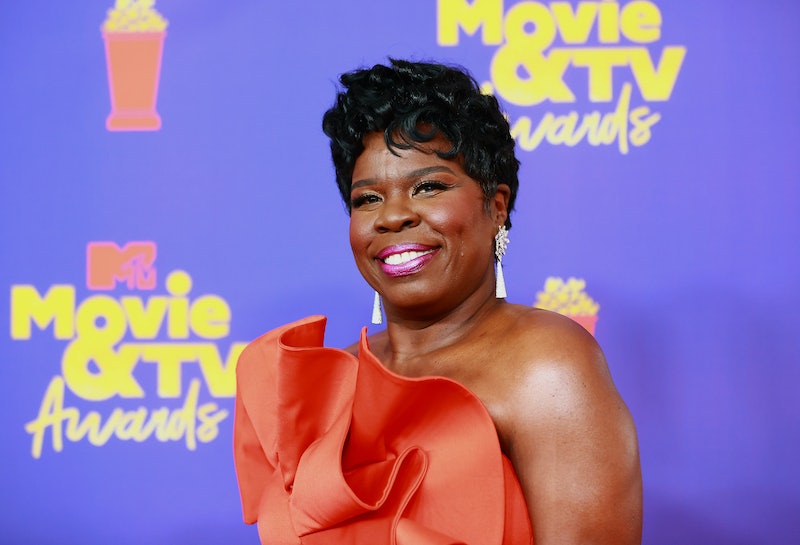 When it comes to tweeting about the Olympics, Leslie Jones deserves a gold medal. Every two years, the Ghostbusters and Saturday Night Live star takes to Twitter to share her own hilarious takes on everything related to the Olympic Games. That can range from becoming an unofficial fashion correspondent and expertly ranking the outfits of ice dancers at the Winter Olympics in Pyeongchang to wearing an American flag ensemble and cheering on Team USA at the 2016 games in Rio. In fact, it’s that passion that earned her a spot as an official broadcast commentator at the last two games.

With the Tokyo Olympics now underway, Jones has once again unleashed her best Olympic opinions on Twitter. In her short videos, which often feature her filming her TV screen, Jones shares her real-time opinions on events, humorously riffing on everything from the music playing during a gymnastics performance to the impressive strength of an athlete. Part of what makes Jones’ videos so great is that despite her own professional experience as a commentator, she’s not afraid to call out the broadcast announcers for putting extra pressure on athletes and making ageist comments about them. During the uneven bars competition, for instance, she commended the announcers for being “really positive” about the athletes and their performances, adding: “You know who else appreciates [the positive commentary]? The f*cking athletes.”

But if the broadcast commentators can’t find a reason to be positive, you can bet Leslie Jones can. Her ability to find both humor and humility in watching the athletes compete is unparalleled and easily relatable, especially when it came her reaction while watching Simone Biles’ floor performance. As Biles effortlessly landed a difficult spin through the air, Jones commented: “The back of my ass is now cracked just like a f*cking radiator or a cylinder in a car, because I’m not gonna do all this. Man, how do y’all not have a knee brace on?”

She had a similar reaction to the triathlon. “I’m just saying I would not have survived!” she tweeted. “I would be screaming but a different type of screaming, like, godd*mnit somebody bring a godd*mn paramedic! Where’s the f*cking wheelchair? I just swam, rode a bike, and ran!”

In a follow up tweet during the Women's 400m freestyle final, Jones cheered on Ledecky and also issued a response to people who were criticizing her for not knowing how to swim. “Listen, stay out of my business,” she said. “I’m six feet tall. I can’t drown. And I know how to doggy paddle! I’m alright. Don’t worry about what I’m doing.”

When it came to the uneven bars, Jones was quick to point out the “eerie ass” music playing through the stadium during Biles’ performance, too.

It’s not just the games and the competitors who get their own Leslie Jones appreciation tweets, either. She also cheered on a Dick’s Sporting Goods commercial that she said should “win awards” and started to draft the plot of a Michael Phelps sports movie that sounds so epic it could give The Avengers a run for its money.

Jones also gave a special shoutout to NBC’s Steve Kornacki as he tallied the current medal count. The khaki-clad Kornacki has been her longtime “boo” and frequent subject of her tweets during the 2020 election. “The khakis always looking great there Steve Kornacki khaki,” she cheered. “Kornacki is my snacky!” Leave it to Leslie Jones to motivate everyone — athlete or not.