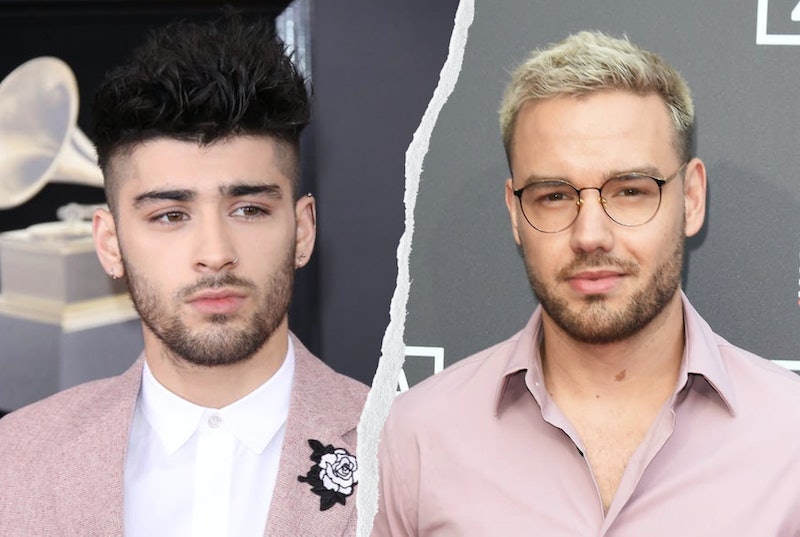 There’s “a whole lotta history” between the five members of One Direction. After their formation on the UK version of The X Factor in 2010, the group became an overnight sensation after the release of their single “What Makes You Beautiful” and embarked on a five-year journey that included multiple albums, tours, and a 2013 documentary titled This Is Us. However, the group’s smooth-sailing trajectory came to a screeching halt when it was announced that Zayn Malik was leaving the band while on tour in 2015.

Now, six years after Malik’s departure, bandmate Liam Payne is finally shedding some light into the awkward aftermath and meeting that he and his fellow members — Harry Styles, Niall Horan, and Louis Tomlinson — had to have with their management team in a new TikTok he posted on Sept. 6. “POV the meeting after Zayn quit,” the post reads. “Forgot I had this in drafts.” The video features a concerned-looking Liam sitting in a gray beanie. His eyes dart back and forth before he lip syncs to the popular audio clip: “Are we absolutely sure what direction we’re going?”

The 28-year-old captioned the post with, “Forgot I made this a while ago,” adding that he hoped fans would be able to “see the funny side” of it.

Needless to say, fans of the group were significantly shocked by Payne’s post casually bringing up one of the more emotional parts of the group’s history after such a long time period. “YOU’RE KIDDING,” one commented. Another second user wrote: “No Liam, just Payne.” While another fan added: “idk if i wanna laugh or cry tbh.”

This isn’t the first time Payne and other members of One Direction have poked fun at Malik’s split from the group to various different fan reactions online. In December 2020, when asked about Jesy Nelson’s decision to leave girl group Little Mix on Instagram Live, Payne replied that “someone Zayn’d out.” He did, however, continue to share that it was “always sad at this moment in time when bands get into that sort of thing” and that he wished “all the best” for Nelson and the group.

In December 2019, Harry Styles similarly similarly shaded Malik during his SNL monologue when talking about his fellow One Direction members. While pretending to play the piano, he remarked: “I love those guys. They’re my brothers. Niall, Liam, Louis ...” He paused, looking down at the piano keys, before adding: “... and, uh, Ringo. Yeah, that’s it.”

Jokes aside, the members of One Direction commemorated their time together by sharing heartfelt posts online on the group’s 10 year anniversary last year, highlighting the strong bond they still have with one another to this day.