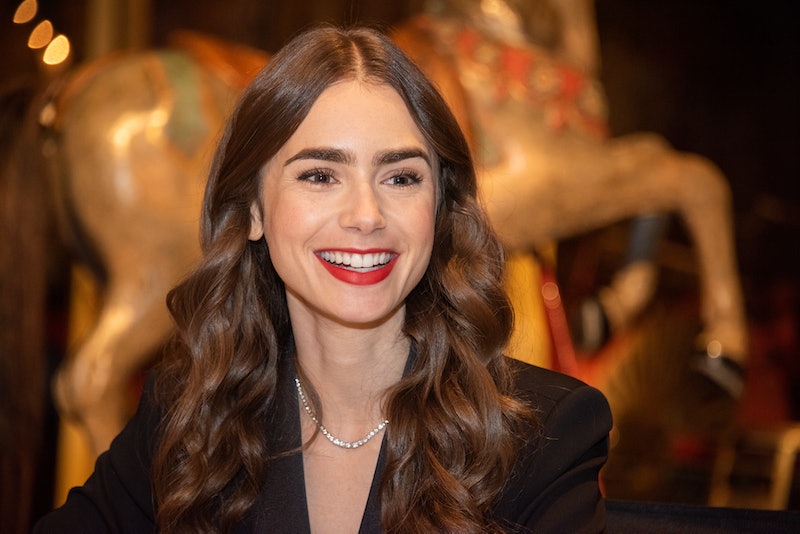 It’s been more than a week since Lily Collins and Charlie McDowell got married on Sept. 4 — but if you’re still thinking about that dreamy lace dress Collins donned for the ceremony, you’re not alone. Fortunately for those craving more wedding content, the Golden-Globe nominated Emily in Paris star just shared the story behind how her ethereal look came to be.

“Thank you @ralphlauren for working so closely with me to dream up this magical dress,” Collins wrote in a Sept. 10 Instagram post. “It’s my ultimate dream combination of Western Americana and British Victorian. Carefully handcrafted over nearly 200 hours, every detail was perfect — from the Calais-Caudry lace to the Swarovski-beaded micro flowers and silk organza petals.” (As Vanity Fair pointed out, the brand has only ever made “a handful” of wedding dresses since its founding in 1967, making the Mank actor’s ensemble all the more special.)

“It’s the most beautiful, memorable gown I will ever wear and I couldn’t have imagined it any other way,” Collins continued in the caption, which accompanied new photos of the Colorado ceremony. A host of famous friends celebrated the new bride in the comments, including Collins’ Emily in Paris co-star Ashley Park, who was also at the wedding. “Words don’t do it justice,” she wrote.

If the beautiful gown and matching cape gave you storybook vibes, that’s by design — as Collins wrote in another post commemorating the big day, “What started as a fairytale, is now my forever reality. I’ll never be able to properly describe how otherworldly this past weekend was, but magical is a pretty good place to start.” Against the backdrop of a rocky waterfall and beautiful forest, Collins and McDowell — whose velvet tux was also Ralph Lauren, Vanity Fair reports — definitely did deliver the fantasy feel.

Collins also celebrated another big marriage milestone on Instagram on Sept. 11 — and while it’s not quite as glamorous as a Ralph Lauren wedding gown, it’s still super sweet. “One week in and 7 face masks later,” the actor wrote on her story, sharing a photo of the newlyweds donning matching sheet masks. What better way to decompress after the big day than with a week’s worth of DIY spa treatments?

Clearly, Collins and McDowell are already proving they can switch from luxurious fantasy to adorable downtime just like that. Happily ever after is off to a good start.