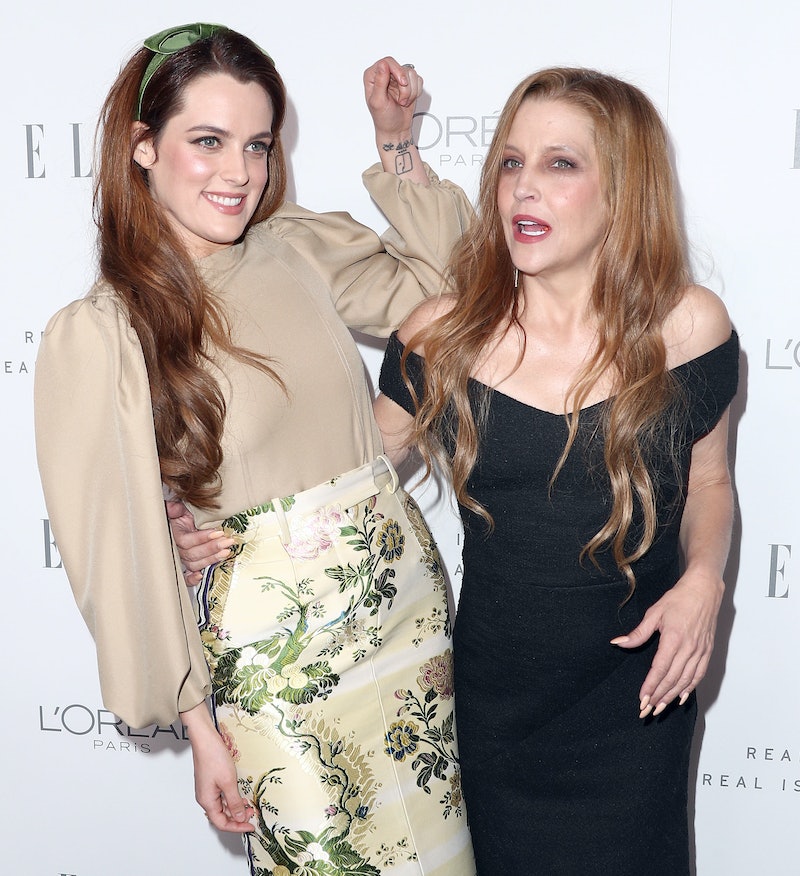 Lisa Marie Presley’s funeral didn’t just include A-list guests and memorable tributes from her family — it also featured the surprise mention of Presley’s secret grandchild. During a speech at the Jan. 22 public memorial, held at Elvis Presley’s famous Graceland estate, it was revealed that the singer’s daughter Riley Keough secretly welcomed her first child with husband Ben Smith-Petersen. Keough’s representative confirmed to PEOPLE that the couple had a daughter in 2022 without giving any specifics, including the name or birthday.

Following her Jan. 12 death, Presley was laid to rest at Graceland next to her father Elvis and son Benjamin, who died in 2020. At the memorial, which was streamed live for fans to watch, Keough was seated in the front row and seen getting emotional throughout the ceremony, especially as her husband was reading her tribute. She sat next to her 14-year-old twin sisters, Harper and Finley Lockwood, and grandmother Priscilla Presley, who also gave a moving tribute to her late daughter.

Elvis star Austin Butler, his twin sister Andrea, and his girlfriend Kaia Gerber were also in attendance at Presley’s memorial, sitting in the second row behind the family. Presley and her family were very supportive of Butler’s casting in the biopic, and even helped promote the film during its June 2022 release. Just days before her death, Presley and her mother Priscilla accompanied Butler to the 2023 Golden Globes, where he thanked them during his acceptance speech. “The Presley family, thank you guys for opening your hearts, your memories, your home to me,” he said. “Lisa Marie and Priscilla, I love you forever.”

Keough met Smith-Peterson, an Australian stuntman, on the set of Mad Max: Fury Road in 2012, but they only started dating a year later. The couple announced their engagement in 2014 and went on to get married in two different ceremonies in February 2015, but never announced the new addition to their family publicly. “My husband is such a good person,” Keough wrote in a 2022 essay for Vogue Australia. “He’s calm and loyal and strong and sensitive. He’s my best friend.”

More like this
Who Gets Graceland After Lisa Marie Presley Died? Elvis’ Home Will Go Her Daughters
By Alyssa Lapid
You’ll Definitely Recognise Isadóra Bjarkardóttir Barney’s Mum
By Maxine Harrison
Jennifer Coolidge Recites “Jenny From The Block” Beside J.Lo In Her First TikTok
By Jake Viswanath
Vanessa Hudgens Shades Austin Butler's Elvis Accent With One Word
By Alyssa Lapid
Get Even More From Bustle — Sign Up For The Newsletter
From hair trends to relationship advice, our daily newsletter has everything you need to sound like a person who’s on TikTok, even if you aren’t.