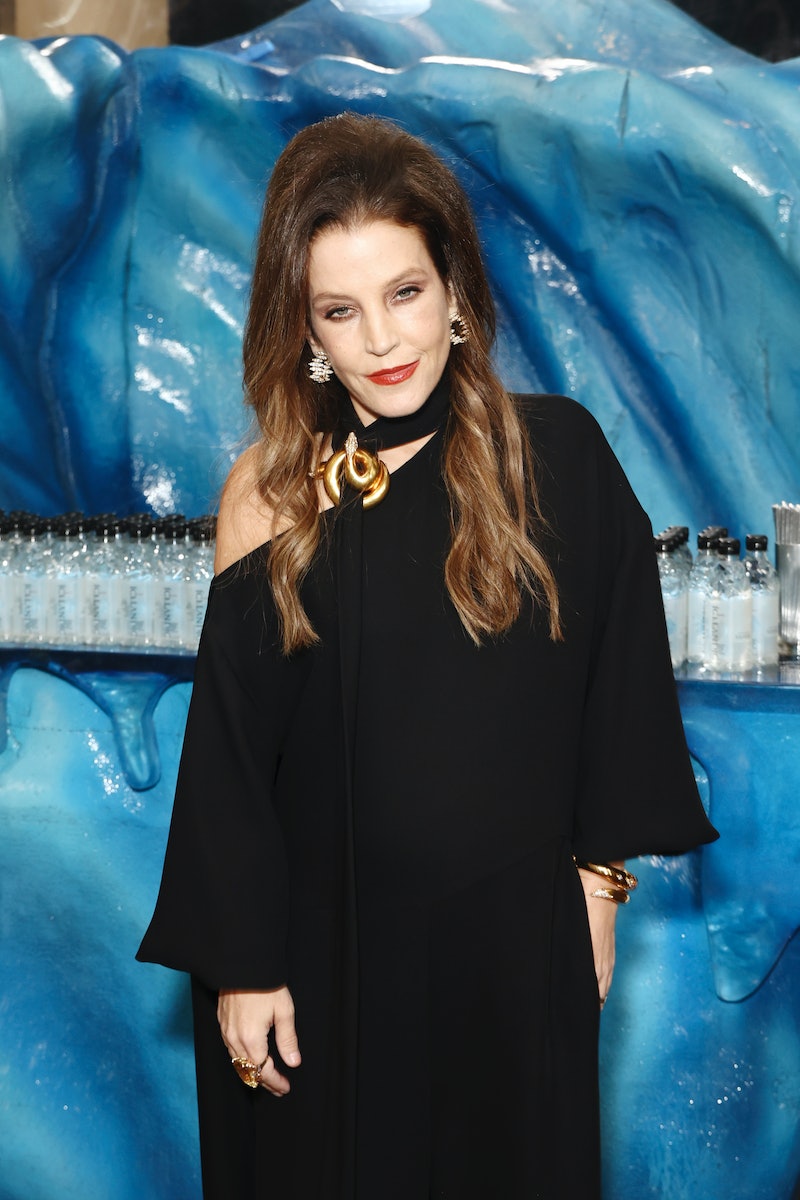 Elvis Presley’s only child Lisa Marie Presley has died after it was reported that she experienced cardiac arrest on Jan. 12. She was 54. The singer’s mother Priscilla Presley confirmed her death in a statement to PEOPLE. “It is with a heavy heart that I must share the devastating news that my beautiful daughter Lisa Marie has left us,” she said. “She was the most passionate strong and loving woman I have ever known. We ask for privacy as we try to deal with this profound loss. Thank you for the love and prayers. At this time there will be no further comment.” Bustle has reached out to Presley’s representative, who had no comment at this time.

Presley was rushed to a California hospital on Jan. 12 after experiencing a cardiac arrest. Sources told TMZ that EMTs responded to a call from her Calabasas home and performed CPR on the singer before transporting her to a nearby hospital. Paramedics were reportedly able to regain a pulse before she was transported to the ICU in the morning. Later that afternoon, TMZ reported that she is on life support, and sources told the outlet that she is in an induced coma and in critical condition.

Presley’s mother Priscilla sent a message on her Facebook page, confirming that her daughter was rushed to the hospital without specifying the cause and asking for prayers and privacy. “My beloved daughter Lisa Marie was rushed to the hospital,” she wrote. “She is now receiving the best care. Please keep her and our family in your prayers. We feel the prayers from around the world, and ask for privacy during this time.”

The reports come just days after the 54-year-old attended the 2023 Golden Globes on Jan. 10, alongside her mother Priscilla, to support Elvis, the Baz Luhrmann-directed biopic about her famous father. Austin Butler, who portrayed the rock ’n’ roll icon, won the Golden Globe award for Best Leading Actor in a Drama, and gave a shout-out to the mother-daughter duo in his acceptance speech. “Thank you for opening your hearts, your memories, your home to me,” he said, as they watched from the audience. “Lisa Marie, Priscilla, I love you forever.”

Presley is the mother of four children, including actor Riley Keough, 33, and Michael Keough, who died at 27 in July 2020, with her first husband Danny Keough. Twenty days after splitting from Keough in 1994, she married Michael Jackson, whom she was with for more than a year before separating in January 1996. Presley went on to wed Nicholas Cage in 2002 but only stayed together for three months before filing for divorce. In 2006, she married Michael Lockwood, with whom she welcomed twins Harper and Finley Lockwood, 14, before they divorced in 2021.

Elvis died in 1977, when his daughter was only 9 years old. In 2022, Presley recalled learning a new quote from her father at a new Graceland exhibit in Memphis that she never knew. “There was a quote on the wall as I was leaving the exhibit, it said something like: ‘Becoming a father is the best thing that's ever happened to me,’” she recalled to Lorraine. “I knew there was a great love there. There was a really strong connection there since the minute I can remember. It kind of reinstates what I felt was the truth, which is that I felt like I was the most important thing to him.”

More like this
Lisa Marie Presley's Secret Granddaughter Was Revealed At Her Funeral Out Of Nowhere
By Jake Viswanath
Austin Butler Recalls Lisa Marie Presley Showing Him Elvis’ Bedroom
By Jake Viswanath
You’ll Definitely Recognise Isadóra Bjarkardóttir Barney’s Mum
By Maxine Harrison
Riley Keough Joins Celebs Paying Tribute To Late Mom Lisa Marie Presley
By Radhika Menon
Get Even More From Bustle — Sign Up For The Newsletter
From hair trends to relationship advice, our daily newsletter has everything you need to sound like a person who’s on TikTok, even if you aren’t.

This article was originally published on Jan. 12, 2023