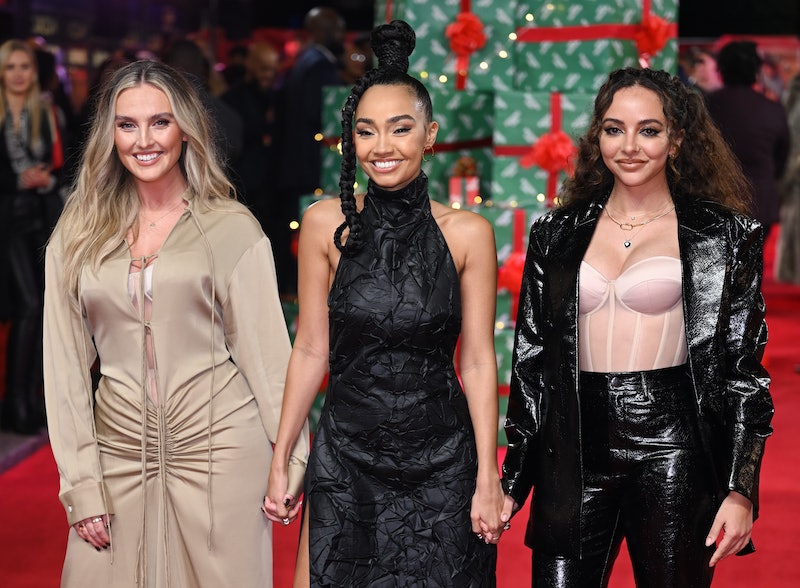 When Little Mix solo album rumours started to swirl, the immediate question became: is the band splitting up? Putting on a show of serious solidarity as their individual projects begin to take shape, Jade Thirlwall and Perrie Edwards joined fellow band member Leigh-Anne Pinnock on the red carpet of the Boxing Day film premiere in London.

As Pinnock’s first solo project and debut acting role, this was a major moment for the star. The trio looked super cute and united holding hands, wowing fans who had gathered to watch their musical hero in her first major acting role. Both Thirlwall and Edwards looked exceptionally proud of their friend, with Thirlwall saying on Instagram that it was “surreal and emotional” to watch Pinnock “sleigh in the Boxing Day movie.” (Excellent pun, Jade.)

Boxing Day centres around protagonist Melvin (played by Aml Ameen), who returns home to the UK for Christmas, bringing with him his American fiancée Lia (Aja Naomi King) to meet his British-Caribbean family for the first time.

Pinnock plays Melvin’s ex-girlfriend Georgia, who also happens to be a super successful and beloved singer. Naturally, things kick off as Georgia and Melvin appear to still feel the spark of their long-lost romance, much to Lia’s dismay.

Speaking about her involvement in the project, Pinnock has previously explained she is, “truly honoured to have been able to be apart of this film but also truly proud, to witness the arrival of a film that celebrates Black culture, Black talent and Black love.”

You can check out the trailer for the movie here, which is released into cinemas in the UK on Dec. 3.

More like this
You’ll Definitely Recognise Isadóra Bjarkardóttir Barney’s Mum
By Maxine Harrison
Stephen Graham & Steve McQueen Are Working On A Wartime Drama
By Darshita Goyal
Channing Tatum “Nearly Killed” Salma Hayek During 'Magic Mike' Lap Dance
By Sam Ramsden
Jemima Khan Used Her Own Life As Inspo For 'What’s Love Got To Do With It?'
By Darshita Goyal
Get The Very Best Of Bustle/UK
Sign up for Bustle UK's twice-weekly newsletter, featuring the latest must-watch TV, moving personal stories, and expert advice on the hottest viral buys.