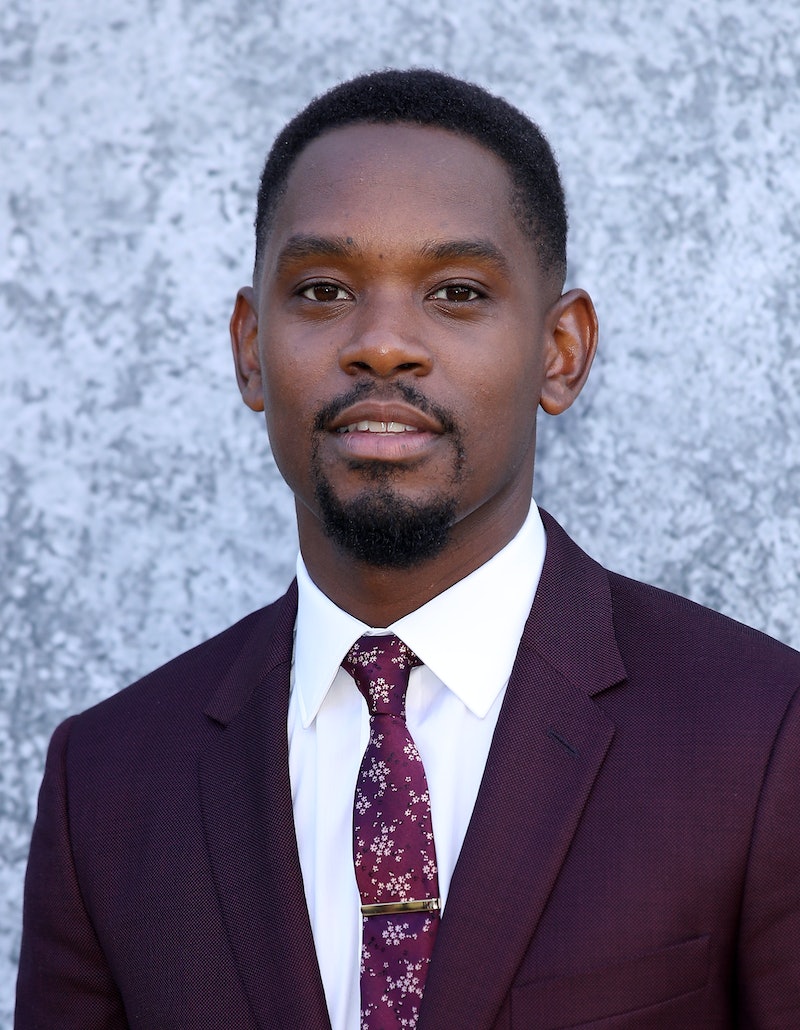 Aml Ameen has had a pretty impressive career. He made his first TV appearance aged six (on Floella Benjamin’s kids’ show Hullabaloo) and made his stage debut aged 11 at the BRIT Awards in 1996. Ameen has since gained recognition for roles on both sides of the Atlantic, and now he has co-written, directed and stars in the romcom, Boxing Day, slated for release December 3, 2021. With such a busy (and talented) schedule, what does the multi-hyphenate get up to outside work, and is Aml Ameen dating anyone?

This December, Ameen is making his directorial debut with “a new kind of British Holiday Rom-Com,” Boxing Day. It stars Ameen as Melvin, a British expat writer living in the US, who brings his new girlfriend (Aja Naomi King) home for the holidays to meet his family on Boxing Day, but what he fails to tell her is that his ex-girlfriend was a famous popstar (Leigh-Anne Pinnock).

With all the work that goes into co-writing, directing and starring in a festive blockbuster such as Boxing Day, it looks like Ameen might not have time for a relationship at the moment. From the limited information that’s out there about his dating life, the Londoner appears to be single. Ameen tends to keep his private life away from the public eye, and so next to no information is out there about his previous relationships.

Ameen was rumoured to be seeing Portia Freno, who played Persia in the Kidulthood sequel Anuvahood in 2014, after he answered a question posed by Dolly about his “celebrity crush” with “The only person who's a celebrity in my life: Portia Freno,” however neither confirmed the relationship, and it remains to be seen if Ameen is dating anyone at the moment.

Ameen honed his craft on screen by landing guest spots in the usual stomping grounds of British television, including The Bill, Holby City and EastEnders. His breakout role as Trevor 'Trife' Hector in the 2006 film Kidulthood at 20 earned him critical acclaim, and his professional trajectory only soared from there.

Since he moved to Los Angeles 10 years ago, Ameen, 36, has appeared in David E Kelley’s legal series Harry’s Law, sci-fi movie The Maze Runner and the initial run of the Wachowski sisters’ Netflix series Sense8. He more recently played D, a Jamaican gangster, in Idris Elba’s British drama Yardie, and Arabella's friend Simon in Michaela Coel’s I May Destroy You.

More like this
Joey Essex Is Rumoured To Be Dating A 'Love Island' Favourite
By Sam Ramsden
Darren Harriott Is Keeping His Love Life Away From The Spotlight
By Darshita Goyal
Gemma Atkinson & Gorka Márquez Are Strictly The Sweetest Couple
By El Hunt
Vanessa Bauer Is Reportedly Dating Her 'Dancing On Ice' Partner
By Darshita Goyal
Get The Very Best Of Bustle/UK
Sign up for Bustle UK's twice-weekly newsletter, featuring the latest must-watch TV, moving personal stories, and expert advice on the hottest viral buys.