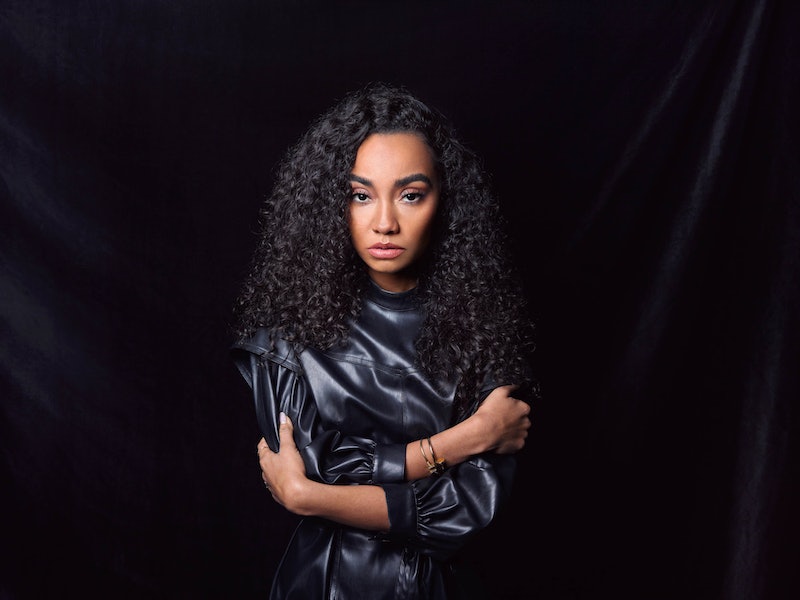 On Tuesday (May 11), Metro shared the news that Little Mix’s Perrie Edwards was expecting her first child on the paper’s front page. The news was accompanied with a picture of fellow bandmate Leigh-Anne Pinnock, who also announced her pregnancy last week, where she is mistakenly referred to as Jade Thirlwall. Pinnock addressed the error on Little Mix’s Twitter, asking “why is it that two women of colour are always mistaken for each other?”

“10 years in and still this is happening,” she continued. “This is the type of s**t Jade and I have had to deal with for 10 years and this is another reason as to why I was fuelled to make my doc #DOBETTER”. The one-hour BBC documentary, titled Leigh-Anne: Race, Pop & Power will see Pinnock explore how racism has affected her life and career, with the above being an all too recent example.

In response, Metro said they were “mortified” and issued an apology. “In today’s paper, we wrongly captioned pictures of Little Mix’s Leigh-Anne Pinnock and Jade Thirlwall,” the paper said on Twitter. “We are sorry for the error and are happy to set the record straight.”

As Pinnock herself pointed out and HuffPost reports, this isn’t the first time the Little Mix stars have been mistaken for each other. Last year, MSN used the wrong photograph when referring to Thirlwall, to which the singer responded on Instagram: “This s**t happens to @leighannepinnock and I ALL THE TIME that it’s become a running joke. It offends me that you couldn’t differentiate the two women of colour out of four members of a group... DO BETTER!”

Pinnock has used her platform over the last 12 months to raise awareness about the Black Lives Matter movement and, in June 2020, shared a video on Instagram where she said she felt like the “least favoured” in Little Mix.

Speaking about her BBC documentary, Pinnock said: “I want to make this film because I have always been passionate about rights for Black people. Conversations surrounding racism and colourism are something I constantly have with my boyfriend and family, and as I have a platform, I want to use that platform to bring this conversation to a wider audience and stand up for my Black and Brown community. Systemic racism is complex; through making this documentary I want to learn how I can best lend my voice to the debate so that the young people who look up to me won't have to face what me and my generation have had to.”