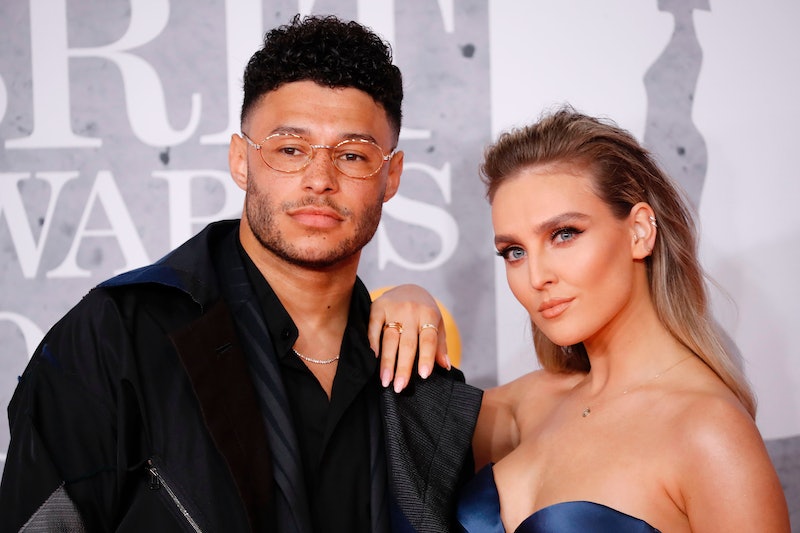 Just a few days after Leigh-Anne Pinnock announced the happy news about her pregnancy, another Little Mix member has taken to Instagram to share news of her own. Perrie Edwards has revealed she is expecting her first child with Alex Oxlade-Chamberlain.

On the morning of May 10, Edwards shared two black-and-white images: one of her baby bump and one of her and Oxlade-Chamberlain, whom she’s been dating since 2016. “So happy to be on this wild journey with my soulmate,” the singer wrote in the caption. “Me + Him = You. We can’t wait to meet you baby Ox.”

Congratulations have come flooding in for the couple, including from bandmate Pinnock, who announced her pregnancy via Instagram of May 5, posting images from a photoshoot with her partner Andre Gray.

Commenting on Edward’s post, Pinnock wrote: “Arghhhhhhhh so so so happy for you both! And so bloody happy we get to go on this journey together! Love you so much.”

Edwards and Chamberlain met back in January 2015 during an interview on BT Sport. However, it wasn't until November 2016 that the couple were first linked with one another.

While the pair were pretty quiet about their blossoming relationship at the beginning, over time Edwards and Chamberlain gradually began to open up more about their relationship, from sharing their adorable dates to her rather unusual pet name for Chamberlain. “I shall call him SQUISHY,” she wrote in a 2017 Instagram post. “And he shall be MINE and he shall be MY squishy!” Four years later, they’re preparing to welcome a new squishy into the family.