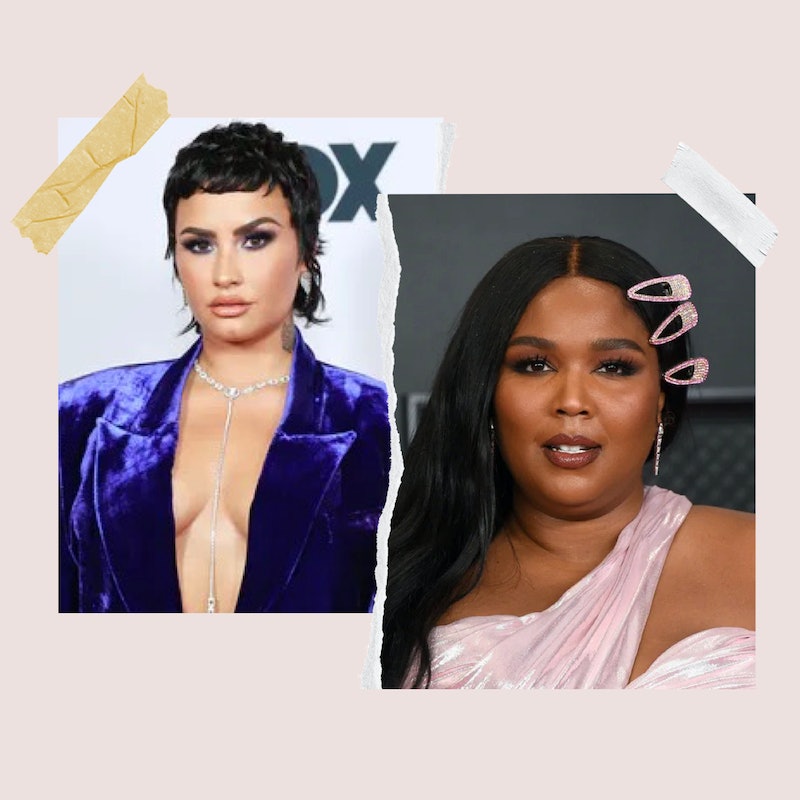 Lizzo wants to make sure that you respect other people’s pronouns. On July 1, Lizzo corrected a paparazzo who misgendered Demi Lovato multiple times, and her prime example of true allyship has received praise from fans, LGBTQ+ activists, and even Lovato.

In a video that’s gone viral on Twitter, as Lizzo was posing with fans outside, one of the paparazzi who spotted her asked if she would sing with Lovato onstage at New Orleans’ Jazz Fest in October, where they’re both set to perform. “Do you have a message for Demi? Should she reach out?” the photographer asked, to which Lizzo responded with “they,” referring to Lovato’s preferred pronouns. When the paparazzo misgendered Lovato yet again, the artist was quick to correct him once more. “Their team,” she emphasized. “Demi goes by ‘they,’” she added before swiftly walking into the building, because that’s how it’s done.

Lovato reposted the video on their Instagram Story, calling Lizzo a “queen” and sharing their gratitude for the “Good As Hell” singer. “@lizzobeeating you f*cking queen I love you,” they wrote. “Thank you.” Lizzo also shared Lovato’s Story, responding with a simple heart emoji.

In May, Lovato came out as non-binary and revealed that they now use they/them pronouns in an Instagram post. “I am proud to let you know that I identify as non-binary and will officially be changing my pronouns to they/them moving forward,” Lovato wrote. “Sharing this with you now opens another level of vulnerability for me. I’m doing this for those out there that haven’t been able to share who they truly are with their loved ones.”

On the first episode of their new podcast 4D with Demi Lovato, the “Art of Starting Over” singer opened up about the self-reflection and healing they had done that led to this revelation, and explained their decision to officially change pronouns. “I feel like the reason why that happened was because I was ignoring my truth, and I was suppressing who I really am in order to please stylists or team members or this or that, or even fans that wanted me to be the sexy, feminine pop star in the ... leotard and look a certain way,” they said. “I feel that this best represents the fluidity I feel in my gender expression and allows me to feel most authentic and true to the person I both know I am, and am still discovering.”

Pronouns matter. Here’s a reminder straight from Lovato and other stars: