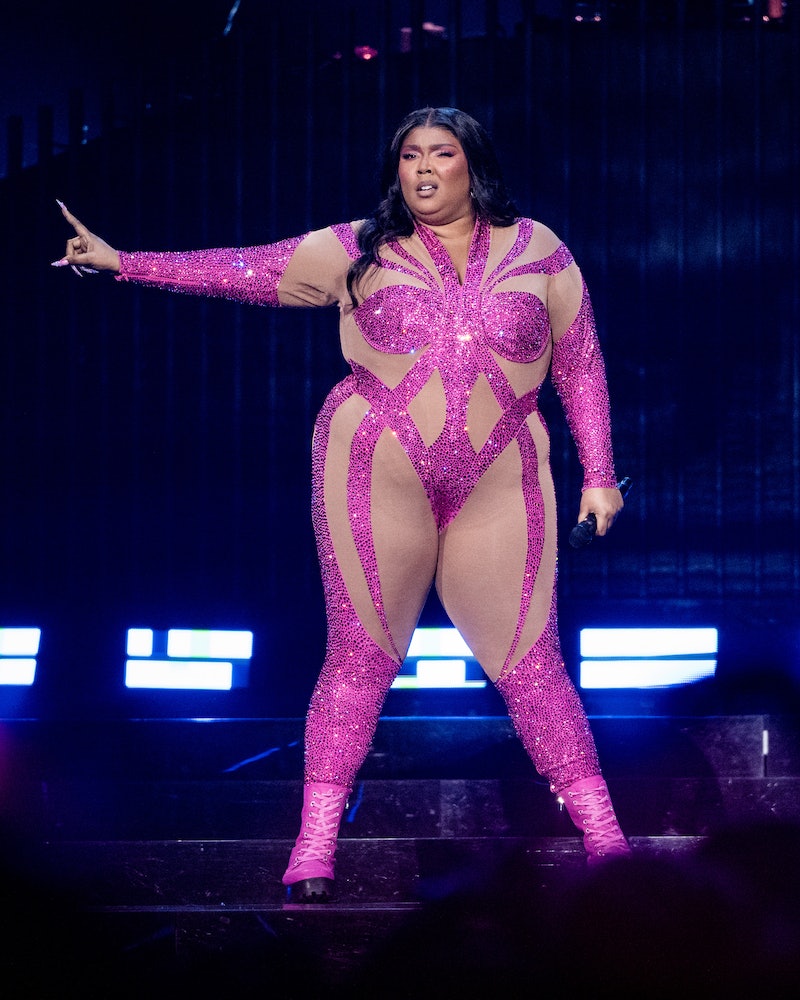 Lizzo’s vacation to-do list probably did not include “address rampant body-shaming comments on social media.” Unfortunately, the three-time Grammy winner had to take time away from her regularly scheduled activities to do just that on Friday, Jan. 6. Visibly fed-up, she filmed an impassioned video on the beach that tackled “the discourse around bodies” and even suggested a fee-based solution to check people’s habit of bringing their unwelcome and unwanted opinions to others’ social media pages.

To illustrate her point, the “About Damn Time” singer gave several examples of the wide range of body-shaming comments she’s seen, showing that none of the noise is helpful and there’s no way to win. One person might say, “Oh my gosh, I liked you when you were thicc. Why’d you lose weight?,” even as someone else tells her, “You need to lose weight… but for your health.”

“Are we OK?” Lizzo asked. “Do you see the delusion? Do we realize that artists are not here to fit into your beauty standards? Artists are here to make art! And this body is art. And I’m going to do whatever I want with this body.”

The criticism has become such a problem for Lizzo that she thinks a drastic change might be in order. “I wish that comments costed y’all money so we could see how much time we are f*cking wasting on the wrong thing,” she told followers. Her caption reiterated her idea, saying, “If we had to pay money for every comment we post on social media maybe people would think before they type.” With that not being an option right now, though, Lizzo concluded her video with an appeal: “Can we leave that sh*t back there, please?”

Embracing her body and being unapologetic about who she is has long made Lizzo a target for body-shaming comments — and not just online. In early October, Kanye West felt the need to share his opinions about her size during an interview with Tucker Carlson. After bringing Lizzo up, the rapper said, “The media wants to put out a perception that being overweight is the new goal, when it’s actually unhealthy,” per Page Six. He went further, adding, “It’s actually clinically unhealthy. And for people to promote that, it’s demonic.”

A day after West’s comments, Lizzo seemed understandably frustrated and made pointed comments during her Oct. 8 Toronto concert. “I feel like everybody in America got my motherkf*cking name in their motherf*cking mouth for no motherf*cking reason,” she told the audience, per E!. “I’m minding my fat, Black, beautiful business.”

Both then and now, the musician had a lot of vocal support on her side. Lizzo’s video on Jan. 6 attracted comments from numerous celebrities who wanted to let her know they agree with her. “PREACH,” actor Kristen Bell wrote, while singer Candace Nicholas-Lippman added, “‘And this body is art.’ Yes ma’am.” Meanwhile, Queer Eye’s Jonathan Van Ness commented, “F*ck yessss,” and Jersey Shore vet Nicole “Snooki” LaValle wrote, “THISSSSSSS QUEEN.”

More like this
Selena Gomez Dismissed Trolls' Comments About Her Body After The Golden Globes
By Stephanie Topacio Long
"Lavender Haze" Star Laith Ashley Breaks Down Filming With Taylor Swift
By Jake Viswanath
Cruz Beckham Teased New Music With An Adorable Nod To Mom Victoria Beckham
By Stephanie Topacio Long
Twitter Is In Awe Of Taylor Swift’s “Lavender Haze” Music Video
By Jake Viswanath
Get Even More From Bustle — Sign Up For The Newsletter
From hair trends to relationship advice, our daily newsletter has everything you need to sound like a person who’s on TikTok, even if you aren’t.