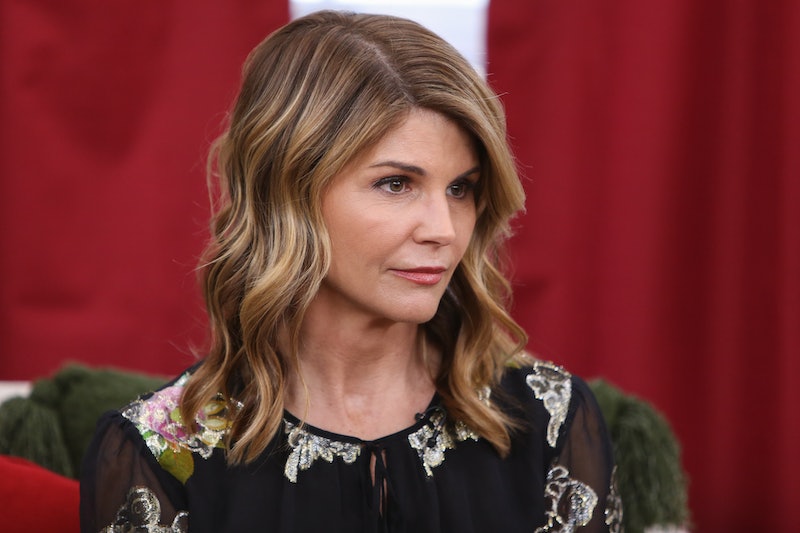 Full House alum Lori Loughlin’s home was robbed earlier this January, TMZ reports. Neither Loughlin nor her husband, Mossimo Giannulli, was home when it happened — but according to the outlet, the thieves made off with $1 million in jewelry after breaking and entering through a bedroom window. A housekeeper later discovered the break-in.

Despite not being present for the incident, a source told Us Weekly that “Lori still feels violated by what happened,” and “it was a very emotional day for her.” Police have reportedly not yet determined whether the couple was specifically sought out or if it was a random burglary. Thanks to surveillance footage, though, investigators were able to see how the robbers operated; they wore all black and masks, according to TMZ’s law enforcement sources. A a representative for Loughlin told the outlet that the actor was grateful no one was hurt.

If you’ve ever watched Olivia Jade Giannulli on YouTube, you may be wondering if this is the same Los Angeles-area mansion that served as the backdrop to the influencer’s vlogs as a teen. However, it’s not — in 2020, after her parents pleaded guilty to charges related to their involvement in the college admissions scandal, they sold that home and moved to a new one.

Though news of the burglary first broke Jan. 15, TMZ reports that it actually happened on Jan. 3 — just days before Loughlin’s Full House friend and co-star Bob Saget died in an Orlando hotel room. “I will miss his kind heart and quick wit,” she said in a statement to People at the time. “Thank you for a lifetime of wonderful memories and laughter. I love you Bobby.”

So, it seems like a very rough start to the year for the family. But citing sources close to Loughlin, TMZ reports that Saget’s sudden death actually “helped put the burglary in perspective for her ... [as] material stuff isn’t the most important thing in life.” So far, Loughlin and her family haven’t personally spoken about the burglary, though Olivia and Bella Giannulli have both been active on Instagram in the nearly two weeks since.

More like this
Reese Witherspoon Confirms This Fan Favorite Will Return For 'Legally Blonde 3'
By Jake Viswanath
Olivia Rodrigo Manifested Finally Meeting Demi Lovato
By Jake Viswanath
Taylor Lautner Copped To Finding Jacob "A Little Annoying" In Twilight
By Stephanie Topacio Long
James Cameron May Come To Regret His 'Titanic' Door Experiment
By Stephanie Topacio Long
Get Even More From Bustle — Sign Up For The Newsletter
From hair trends to relationship advice, our daily newsletter has everything you need to sound like a person who’s on TikTok, even if you aren’t.