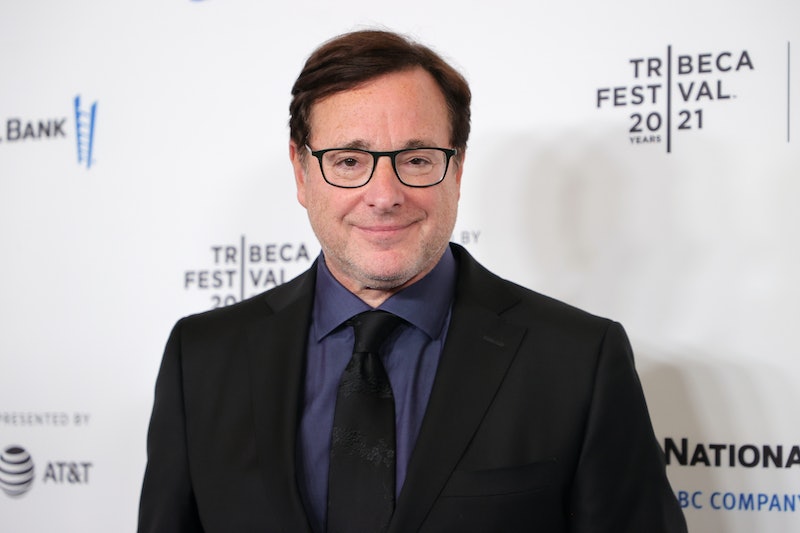 Bob Saget’s family is refuting reports that the actor complained of long COVID symptoms the night before his death. According to TMZ, one of the Full House star’s friends confirmed that the comedian appeared to be in good health before he died and did not mention anything about feeling sick on a phone call with his wife that day. This contradicts an earlier report from TMZ, which claimed that Saget told some of the stage crew at his show in Orlando, Florida, that he had been battling COVID-19 for a while.

According to the news outlet, showrunner Rosalie Cocci told investigators that Saget told her and other staff members that the virus had impacted his hearing and that it was bothering him all night. However, the actor’s family told TMZ that he was not battling long COVID, as far as they know, since he only contracted the virus two weeks before his death. According to the autopsy report, which the Orange County Medical Examiner released on Feb. 11, confirms that the Full House star died of “blunt head trauma” on Jan. 9 in his hotel room at the Ritz-Carlton.

The 65-year-old comedian’s autopsy reiterates the statement his family released a day earlier on Feb. 10, in which they said officials “have concluded that he accidentally hit the back of his head on something, thought nothing of it and went to sleep.” The medical examiner described the death as an “accident” and determined that Saget’s “injuries were most likely incurred from an unwitnessed fall” that resulted in a scalp abrasion, fractures on his skull and near his eye sockets, as well as bruises and bleeding on and in the brain.

The Orange County Medical Examiner issued its final report on the matter on Tuesday, March 15, stating that it will comply with a court-ordered injunction that bars the office from releasing any additional details. In an email to CNN, a representative for the government branch stated:

“Yesterday, a court order was entered prohibiting the release of certain materials gathered during the course of OCSO's investigation into the death of Bob Saget. The Orange County Sheriff's Office will comply with the order, while remaining committed to transparency and following the law regarding access to public records.”

The autopsy showed that no alcohol or illicit drugs were in Saget’s system, although the medical examiner did find prescription drugs (Clonazepam/Klonopin and Trazodone used for medical purposes) in his system. The report also found COVID-19 in his system, which didn’t result in his accidental death. A few days before he died, Saget had mentioned his coronavirus diagnosis on the A Corporate Time with Tom & Dan podcast. After his death, his wife Kelly Rizzo appeared on Good Morning America and said his bout of COVID-19 was “not anything serious.”

Saget’s family thanked fans for the “incredible outpouring of love” in the wake of the How I Met Your Mother star’s passing. “We are eternally grateful,” they said. “As we continue to mourn together, we ask everyone to remember the love and laughter that Bob brought to this world, and the lessons he taught us all: to be kind to everyone, to let the people you love know you love them, and to face difficult times with hugs and laughter.”

Tributes poured in January when the news broke that Saget died unexpectedly on Sunday, Jan. 9, after his comedy show in Florida. According to TMZ, the comedian — affectionately known as “America’s Dad” — was found unresponsive in his hotel room at the Ritz-Carlton in Orlando, Florida. The sheriff’s department and the fire department reportedly responded to the hotel’s call at around 4 p.m., and Saget was pronounced dead on the scene. The Orange County Sheriff’s Office told TMZ that there were “no signs of foul play or drug use.”

Saget’s family confirmed his death in an emotional statement that same day. “We are devastated to confirm that our beloved Bob passed away today. He was everything to us and we want you to know how much he loved his fans, performing live and bringing people from all walks of life together with laughter,” the statement read, according to Variety. “Though we ask for privacy at this time, we invite you to join us in remembering the love and laughter that Bob brought to the world.”

John Stamos, who played Uncle Jesse in Full House from 1987 to 1995, was one of the first to react to the news on Twitter. “I am broken. I am gutted. I am in complete and utter shock,” he wrote. “I will never ever have another friend like him. I love you so much Bobby.” Dave Coulier, who played Joey on the hit sitcom, echoed Stamos’ sentiment. “My heart is broken,” he tweeted. “I love you, Bob. Your forever brother, Dave.”

Candace Cameron Bure, who played Saget’s eldest daughter, DJ, on Full House, was left speechless by the news. “I don’t know what to say,” she tweeted. “I have no words. Bob was one of the best human beings I’ve ever known in my life. I loved him so much.”

“Bob was the most loving, compassionate and generous man.” —Mary Kate & Ashley Olsen

Lori Loughlin, who played Rebecca Katsopolis, told TVLine that she was “devastated” over Saget’s passing. And Mary Kate and Ashley Olsen, who played Michelle Tanner on the hit series, honored their TV dad in a statement obtained by People. “Bob was the most loving, compassionate and generous man,” the statement read. “We are deeply saddened that he is no longer with us but know that he will continue to be by our side to guide us as gracefully as he always has. We are thinking of his daughters, wife and family and are sending our condolences.”

Andrea Barber, who played DJ’s best friend and the Tanner family’s nosy neighbor, Kimmy Gibler, paid homage to Saget on Instagram. “This one hurts,” she wrote. “He had the biggest heart of anyone in Hollywood. He gave the biggest hugs. I am gutted that I will never be able to hug him again. Bob ended every text, every interaction with ‘Love you.’ Didn’t matter how long or short we’d been apart. He loved so deeply and so fiercely. And he never hesitated to tell you just how much you meant to him.” The Fuller House star ended her tribute by saying that she’s “at peace” knowing that Saget knew just how much he meant to her.

Jodie Sweetin, who played Stephanie Tanner, wrote that there weren’t “enough words” to express how she was feeling in the wake of Saget’s death. “One thing I do know, is that we never missed a chance to tell each other, ‘I love you,’” she wrote next to a series of photos from the Full House set. “Every time we talked, there were at least 3 or 4 exchanged at the end of a conversation, whether it was text, phone call or in person. And he usually had to have the last word, ‘I love you more.”

Elsewhere in the caption, Sweetin pulled out one of her character’s famous lines. “you were supposed to be here longer,” she wrote. “How Rude.” And after sharing her favorite memories with Saget, which included sitting at the kitchen table with him on the set and eating blueberry pancakes with his daughters, Sweetin called the actor “a genuinely kind spirit” who was happiest “when he was helping others.” Comedian Pete Davidson could certainly vouch for that. In a statement from the Saturday Night Live star that was shared by fellow comedian Dave Sirus, Davidson revealed that Saget helped him through his mental health struggles.

“When I was younger and several times throughout our friendship he helped me get through some rough mental health stuff,” Davidson wrote. “He stayed on the phone with my mom for hours trying to help in any way he can — connecting us with doctors and new things we can try. He would check in on me and make sure I was okay.” He closed out his statement by thanking the How I Met Your Mother actor for his “kindness and friendship.”

Davidson is far from the only celebrity who’s grateful to have known Saget. Kat Dennings, who played his daughter on the sitcom Raising Dad, was one of the first celebrities to post about his death. “Oh god, Bob Saget!!! The loveliest man,” she tweeted. “I was his TV daughter for one season and he was always so kind and protective. So so sorry for his family.”

John Stewart, Henry Winkler, Billy Crystal, Chelsea Handler, Andy Cohen, Whoopi Goldberg, and Norman Lear were among the many other stars who honored the actor’s life and career on social media.

At the time of his death, Saget was on a standup comedy tour and had just performed a show in Jacksonville, Florida. Early Sunday morning, he shared a selfie on social media and reflected on Saturday night’s show. “Okay, I loved tonight’s show @pontevedra_concerthall in Jacksonville,” he wrote. “Really nice audience. Lots of positivity.” Elsewhere in the caption, he wrote that he didn’t realize that his set went on for two hours. “I’m back in comedy like I was when I was 26,” he continued. “I guess I’m finding my new voice and loving every moment of it.”

More like this
Ashton Kutcher Wants Danny Masterson “To Be Found Innocent” In Rape Retrial
By Jake Viswanath
Hilary Duff's Husband Matthew Koma Has Her Name Tattooed On His Butt
By Jake Viswanath and Stephanie Downs
At 28, Debra Jo Rupp Was Living A Much Different '70s Show
By Grace Wehniainen
All The Best Celebrity Reactions At The 2023 Grammys
By Brad Witter
Get Even More From Bustle — Sign Up For The Newsletter
From hair trends to relationship advice, our daily newsletter has everything you need to sound like a person who’s on TikTok, even if you aren’t.