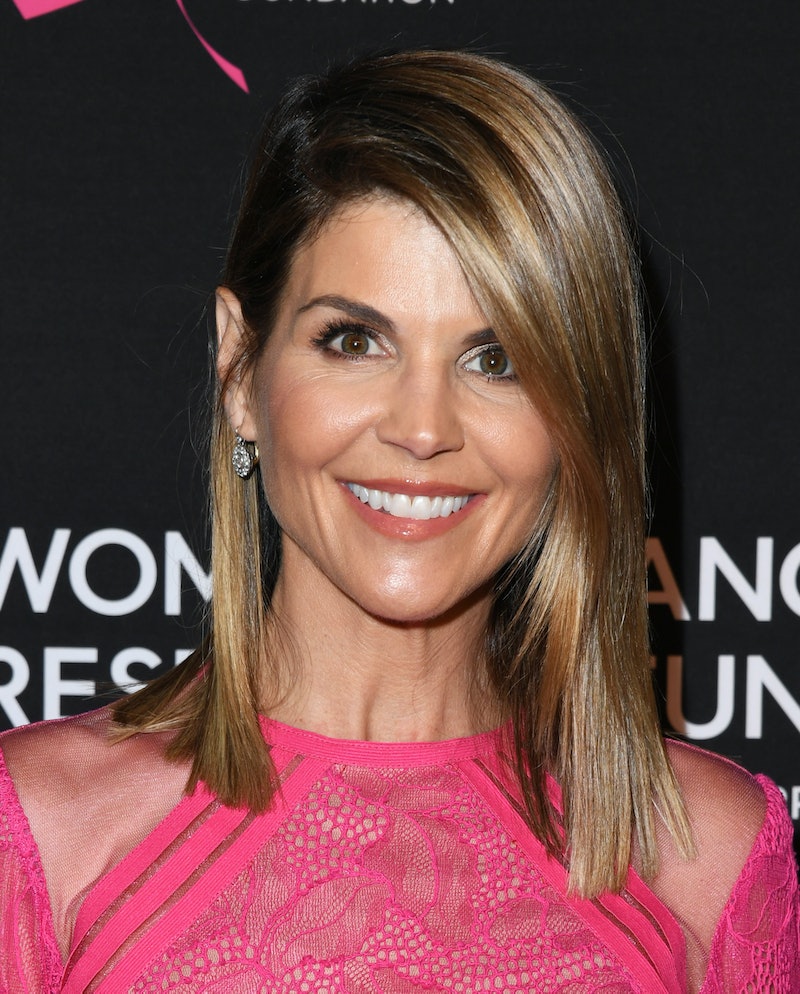 Before the 2019 college admissions bribery scandal, Lori Loughlin was a Hallmark Channel mainstay, starring in the network’s Christmas movies, Garage Sale Mystery series, and the Western drama When Calls the Heart. Naturally, those roles disappeared during Loughlin’s legal proceedings and eventual two-month prison sentence for conspiracy to commit wire and mail fraud — but now, she’s back on TV. Her return might not be on Hallmark proper, but she reprised her role as Abigail Stanton on When Calls the Heart’s GAC Family spinoff, When Hope Calls. The big return happened during the spinoff’s Season 2 premiere, a two-part Christmas episode that aired on Saturday, Dec. 18.

Loughlin had been written off the original 20th-century period drama series during the bribery scandal — but instead of departing by way of a tragic, Grey’s Anatomy-esque surprise demise, her exit was explained by Abigail leaving to take care of her sick mom. In 2019, executive producer Brian Bird told Kurt Manwaring’s From the Desk that even though “Hope Valley will always be a place of second chances ... having a heart of forgiveness does not mean that justice can be ignored.”

The Full House star’s return to TV happens months after her younger daughter, Olivia Jade Giannulli, made her own post-scandal debut — in her case, on Dancing With the Stars. Though Giannulli, a YouTube influencer, was not charged with a crime, she did talk about “being publicly shamed” (a statement that stirred up controversy of its own) and discussed the situation on Red Table Talk in December 2020.

“What hasn’t been super public is that there is no justifying or excusing what happened because what happened was wrong,” she said on the show. “I think every single person in my family can be like, ‘That was messed up, that was a big mistake.’”

Giannulli also said she “wasn’t angry” with her parents — and, true to her word, showed up on social media to support her mom’s TV return. “Yaaaaa baby SHE BACK ON THE BIG SCREEN for all you hearties out there,” she wrote on her Instagram story on Dec. 18. “Mom doesn’t have instagram so I’ve made the decision that i will be taking it upon myself to promote for her because i love her and she is a wonderful woman and actress. That’s all!”

For many viewers, the return was worth celebrating. “I absolutely love seeing #LoriLoughlin back on my tv screen. Welcome back, beautiful,” one user wrote. For others, though, it was proof that Loughlin didn’t suffer any long-term effects from Operation Varsity Blues. “I see Lori Loughlin’s two month prison sentence for conspiracy didn’t hurt her career. Two months.... I’m not feeling the love,” another user wrote. “Sorry not sorry.” Yet another, however, tweeted that they do not condone what Loughlin did but consider her comeback a lesson in forgiveness, especially in light of the holiday season.

If you’re not a Loughlin or When Hope Calls fan, of course, there’s still plenty of Hallmark Christmas content to enjoy this season — by the end of the holidays, a whopping 41 new movies will have premiered on the network.