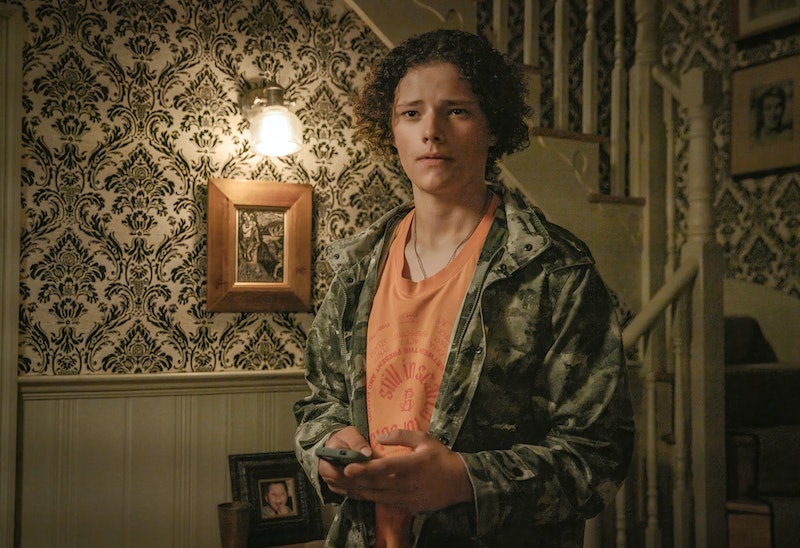 Penned by esteemed screenwriter Steven Moffat, BBC's new drama Inside Man sees David Tennant, Stanley Tucci, Dolly Wells, and Lydia West entangled in a messy situation. "No one is safe from the worst that they can be," Tucci says in the trailer, in which he makes his debut as Death Row inmate Jefferson Grieff. "All it takes is a good reason and a bad day." This seems to be the case for Tennant's Harry Watling, a vicar who can be seen eyeing up a set of knives on the kitchen wall. Aside from the drama rattling between its leading actors, its supporting cast includes Moffat's real-life son Louis, who plays Tennant’s on-screen son Ben.

This isn't the first series that Moffat has been involved in with his dad. His first major role came in 2014 when he starred as a young Sherlock Holmes in Sherlock's Season 3. Despite being the showrunner's son, Moffat had to audition to get the part. "We did warn him that he probably wouldn't get it," Steven said at the time. Sherlock star Benedict Cumberbatch said Moffat "was amazing, really really moving," adding that "it was great to share his first professional gig with him."

His second role came in the form of supernatural horror Midnight Mass, a Netflix miniseries starring Friday Night Lights' Zach Gilford, Legion's Hamish Linklater, and Hush's Kate Siegel. It also stars American actress and singer Annarah Cymone, who seems to be in a relationship with Moffat judging by her Instagram. She also shared an Insta Story of her and Moffat going in for a kiss, urging her followers to watch "this extremely talented idiot" on Inside Man.

Speaking of the BBC drama, Moffatt again auditioned for the role on his dad's show after being recommended to him by the creator of Midnight Mass, Mike Flanagan. And seeing as the character of Ben is a "bit based on Louis," Steven and his wife, executive producer Sue Vertue, "thought maybe we should try," the writer said, during a press conference attended by Bustle. However, the couple wasn't "involved in the casting choice at all,” telling director Paul McGuigan that they "would forgive him" for not picking Moffat.

Outside of acting, Moffat is also a musician. He regularly posts covers on his Instagram @louisoliverofficial, where he shares updates of his live sets.