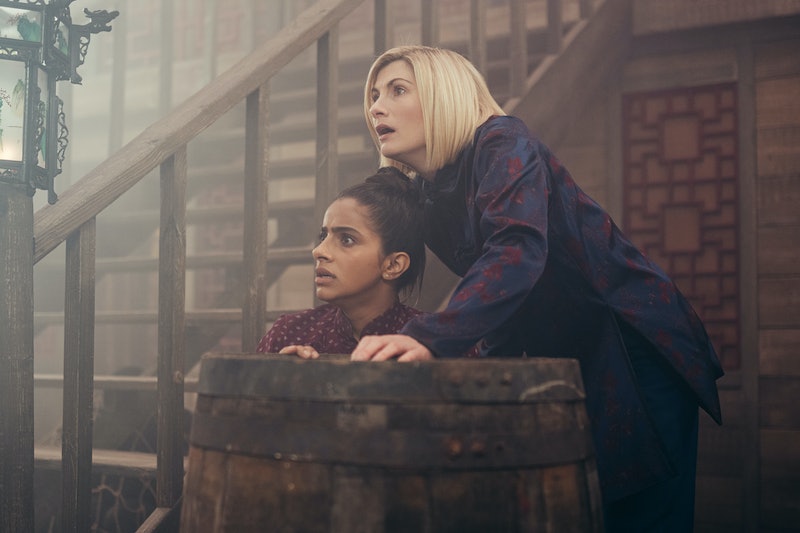 After months of speculation and countless rumours, Doctor Who fans finally got confirmation of who their fourteenth Doctor would be on May 8, with Netflix’s Ncuti Gatwa taking over from Jodie Whittaker. But the joy doesn’t stop there. It’s now been announced that two beloved actors in the Doctor Who world will be returning to our screens in 2023, David Tennant (who played the tenth Doctor between 2005 and 2010) and Catherine Tate (who played his companion Donna Noble in 2008).

As part of the show’s 60th anniversary, the pair will be reprising their roles alongside the return of show runner Russell T Davies, who said of the announcement, “They're back! And it looks impossible - first, we announce a new Doctor, and then an old Doctor, along with the wonderful Donna, what on earth is happening? Maybe this is a missing story. Or a parallel world. Or a dream, or a trick, or a flashback. The only thing I can confirm is that it’s going to be spectacular, as two of our greatest stars reunite for the battle of a lifetime.”

Fans may remember that Donna didn’t exactly have the easiest of endings with the Doctor. In her final episode as his companion Journey’s End, Donna saves the universe from the Daleks by touching the Doctor’s severed hand that still has his regeneration energy, becoming the “DoctorDonna” filled with Time Lord knowledge. But Donna’s human mind becomes overwhelmed with all this knowledge and the Doctor has to wipe all her memories of him in order to save her life.

In January 2010, Tate did appear as Donna again in Tennant’s final episode as the tenth Doctor, The End Of Time, and so her lack of memory of the Doctor may not be that much of a problem for her upcoming appearance.

And this isn’t the first time that Tennant has reprised his role as the Doctor either. For the show’s 50th anniversary, the actor appeared in the 2013 special The Day Of The Doctor with former companion Rose Tyler (played by Billie Piper), alongside Matt Smith and Jenna Coleman.

There may be more announcements to come with Matt Smith also rumoured to be making a return to Doctor Who, so definitely watch this space.