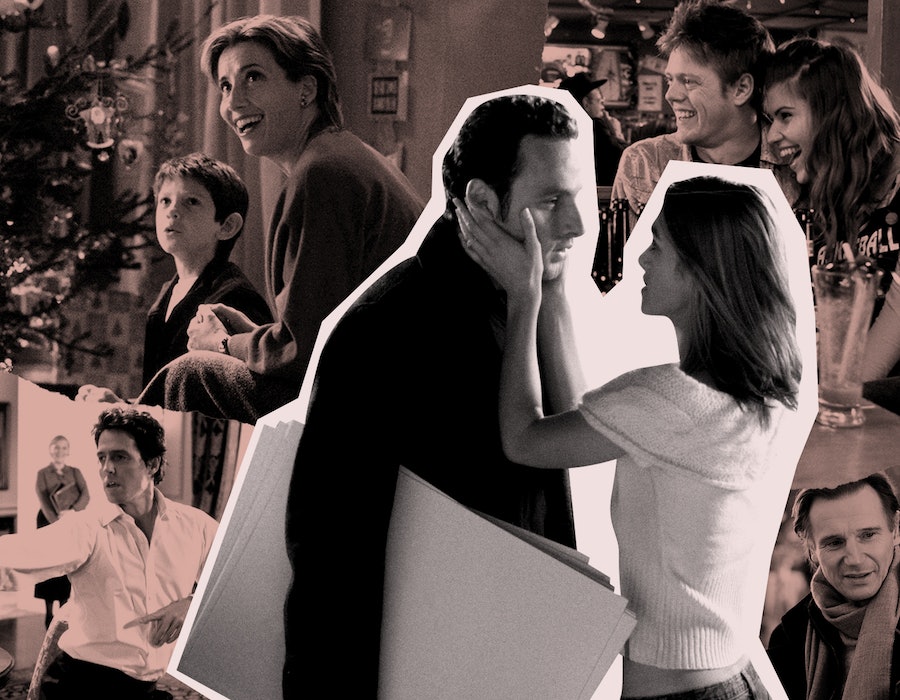 There seems to be an entire cottage industry of bloggers on the internet becoming increasingly desperate for clicks in an already over-saturated internet-media landscape, decrying that some once-beloved cultural mainstay is, I quote, “actually problematic.”

To be clear, these are not the examinations of things that are actually problematic, like Woody Allen films, or stand-up from a wide variety of sexual creeps. No, these are the movies or television shows that are only “problematic” for traffic, ever since descendants of the algorithmic gods figured out that people click on things as long as the site first declares that it’s “actually” or “secretly” [insert thing no one actually thought the piece of media was].

Almost nobody in any of the Love, Actually vignettes acts like a human being would, or frankly, should.

That type of criticism — bad faith nitpicking for the sake of humor — is something that is very fun to read, and incredibly fun to write. I do it a lot! (If you’re a dedicated reader of Bustle, you might be thinking right now that I’ve already done that, for Halloween “classic” Hocus Pocus while writing this very column. But alas, no. I wasn’t pointing out that Hocus Pocus was “secretly problematic” or whatever, even though, it is weird that there’s such a big emphasis on a teenage boy being a virgin. I was just saying it was a film that I didn’t think was great. Just me, a person, giving an opinion on a movie.)

Love, Actually has become the token punching bag of the holiday season. Ever since Lindy West wrote her excruciating scene-by-scene takedown for Jezebel in 2013, the Love, Actually Scrooges have dominated the internet discourse, pointing out over and over that “actually, a best friend telling his friend’s wife that he loves him via cue cards is creepy!” and “even an adorable future chess-prodigy little boy shouldn’t run through a post-9/11 airport!”

No one is going to fly to Wisconsin and expect to meet an eager January Jones in a bar as soon as you arrive.

After Thanksgiving, my boyfriend informed me that he had never watched Love, Actually. He didn’t have anything against it; he had just never gotten around to it. A few nights later, when we were tucked under a blanket with our respective cups of tea and no more episodes of The Crown to watch, it seemed like the inevitably cozy choice. And you know what? It was delightful.

Look, almost nobody in any of the Love, Actually vignettes acts like a human being would, or frankly, should. But therein is the point I need to make: You cannot watch Love, Actually and try to tether it to normal human behavior.

Unlike genuinely artistic cinema, Love, Actually does not seeks to inform or to engage with the way people act in the real world. You will not leave it with your beliefs fundamentally altered. No one watches Love, Actually and thinks, “Oh boy, this gives me a great idea. I’ll go over to my unrequited crush’s house and hold up a bunch of cue cards.”

Love, Actually is the anti-Die Hard Christmas movie, an unironic and completely sentimental choice that feels too basic to want to admit to.

No one is going to fly to Wisconsin and expect to meet an eager January Jones in a bar as soon as they arrive. The entire film is morally and materially neutral. It is simply a series of little scenes that are pleasant-to-enjoyable to watch, featuring some of Britain’s most charismatic actors.

All this is to say that if you, like me, find Love, Actually to be a fun holiday flick to pop on in the background while you bake some cookies, or if you find it unironically romantic when Jamie and Aurelia both learn each other’s language to communicate with each other, if you can’t help but chuckle when Hugh Grant does a little dance by himself, then take strength, my friend. I am with you!

Love, Actually is the anti-Die Hard Christmas movie, an unironic and completely sentimental choice that feels too basic to want to admit to. But what is Christmas but a time when earnestness can be cool, or if not cool, at least accepted? Lame or not, that’s how I feel about Love, Actually, and I had to get it out. Just because it's almost Christmas, and at Christmas you tell the truth.