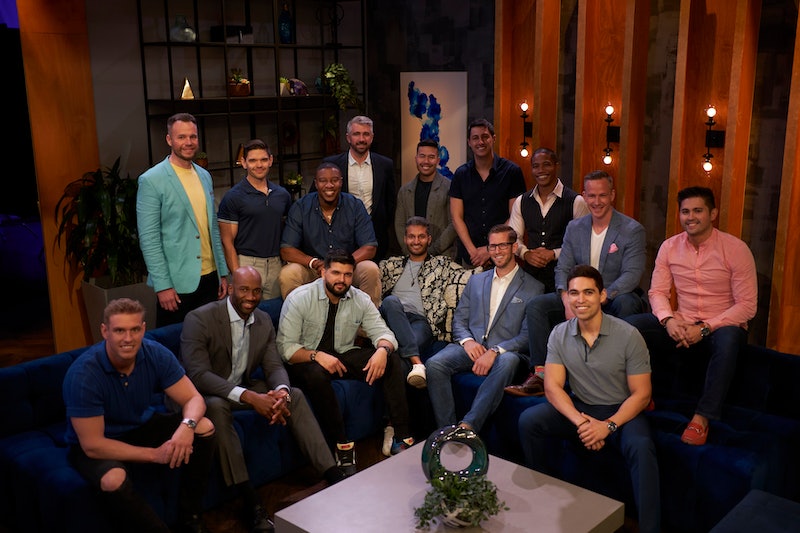 After participating in Love Is Blind Season 2, a contestant from the show is suing Netflix, Variety reports. Jeremy Hartwell did not ultimately get engaged on the show, but in his lawsuit, he alleges a “combination of sleep deprivation, isolation, lack of food, and an excess of alcohol all either required, enabled or encouraged by defendants contributed to inhumane working conditions and altered mental state for the cast.” Bustle reached out to Netflix, but did not hear back at the time of publication.

Hartwell’s filing also claims that “at times, defendants left members of the cast alone for hours at a time with no access to a phone, food, or any other type of contact with the outside world until they were required to return to working on the production.”

Another claim in the Love Is Blind lawsuit is that contestants were paid independent contractors, rather than employees, even though “producers dictated the timing, manner and means of their work,” per Variety. The filing also alleges that contestants were paid $1,000 per week while working as many as 20 hours per day, seven days per week — and if they left early, would pay $50,000 in “liquidated damages.”

According to attorney Chantal Payton, producers allegedly “intentionally underpaid the cast members, deprived them of food, water and sleep, plied them with booze and cut off their access to personal contacts and most of the outside world,” Variety reports. “This made cast members hungry for social connections and altered their emotions and decision-making.”

In a statement sent to Bustle, Kinetic Content wrote, “Mr. Hartwell’s involvement in Season 2 of Love is Blind lasted less than one week. Unfortunately, for Mr. Hartwell, his journey ended early after he failed to develop a significant connection with any other participant. While we will not speculate as to his motives for filing the lawsuit, there is absolutely no merit to Mr. Hartwell’s allegations, and we will vigorously defend against his claims.”

You might not immediately recognize Hartwell from Love Is Blind, because the show focuses on the couples that go on to get engaged (and sometimes, even those couples don’t make the final cut, as Entertainment Weekly points out). However, he does appear with the group in select imagery and footage for Love Is Blind Season 2. “I don’t have to think about what to do — I just have to be myself,” Hartwell says in a cast video.

Hartwell also wrote about his experience on Instagram in February, sharing an excerpt from a journal he said he kept during the pods portion of the show. “From start to finish it was surreal and somewhat disconnected, as if I were caught in the current of a river that suddenly arose around me,” Hartwell wrote. “At first gentle ... then suddenly rapid, adrenaline fueled and exhilarating before culminating in the crushing inexorability of a fate chosen for me, where I found myself fighting for breath, to stay above water and not be hurled against the immoveable, uncaring forces set before me.”

The former contestant — an entrepreneur, per his Netflix cast bio — wrote in the caption that he’d since become “at peace” with the experience.