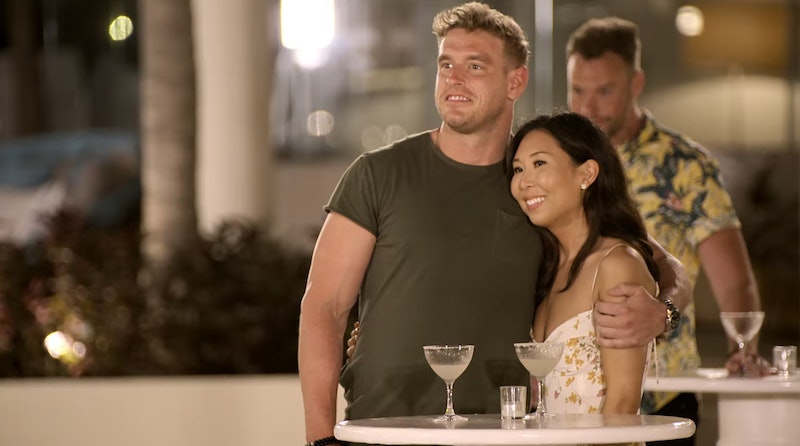 Season 2 of Love Is Blind may have come to an end, but the drama is far from over. During a recent appearance on Nick Viall’s “Viall Files” podcast, Shayne Jansen alleged that he and his ex-fianceé Natalie Lee “tried four times” to rekindle their romance before calling it quits for good. Elsewhere in the interview, he claimed that Natalie mistreated him, called him a “disgusting human being,” scripted their conversations, and couldn’t “get over” the fact that he had reconnected with fellow contestant Shaina Hurley after the show.

“[There were] some things that happened the last couple [of] days where it’s just like, I’m just fed up with it now,” Jansen, 32, told Viall. But it’s doubtful that the personal trainer was more fed up than his ex. On Wednesday, March 30, the 29-year-old consulting manager addressed the allegations that Shayne made on the podcast and wrote on her Instagram Stories that she was “shocked and saddened by his dishonesty.” She also said that she didn’t want to air their dirty laundry, but Shayne crossed a line.

“Regarding the comment about me ‘scripting’ our conversations: I never told Shayne what to say nor did we ever discuss or plan what to say in certain scenes,” she wrote. “I did, however, set boundaries with filming.” The Chicago resident said that she specifically asked Shayne not to drink alcohol before engaging in a serious discussion and not to discuss intimate details about their relationship out of respect for her family. “I knew he found this frustrating,” she added. “The latter is what led to our fight in Mexico.”

Natalie also set the record straight about what happened when Shaina — who connected with Shayne in the pods — arrived at the beach after her split from Kyle Abrams. “I did not run from my conversation with Shaina on the beach,” Natalie wrote, explaining that their chat didn’t make the final cut. “All the cast members were present for this scene, including Shayne. I was frustrated with Shayne that day because I heard he said something negative about me behind my back to one of the cast members when I was a few feet away, and I let him know I thought it was disrespectful.”

The reality star didn’t deny calling Shayne “disgusting,” but said that he conveniently left out some essential details. “I told Shayne he was ‘disgusting’ Sunday night because he called me to tell me he was going to ‘bury me’ and ‘drag me down with him’ on the podcast because I ended my chance of reconciliation. She also said that the Wisconsin native felt that she “didn’t speak highly enough of him in the media.” However, one of the biggest reasons they split was because of “flirtatious” text messages that Natalie found between him and other women.

“He’s right — I haven’t been able to get over this,” Natalie continued, and it is the main reason I can’t get back together with him. This is something we have discussed numerous times via text these last several months.” She also clarified that Shayne’s “hangout” with Shaina during the show’s premiere was not the reason for their eventual split. She also corrected Shayne’s claim that they tried to make their relationship work a total of four times.

“We dated twice after our wedding, not four times,” the Netflix star wrote, adding that the pair rekindled things the same weekend they filmed the reunion but decided to “keep the door closed.” “Recently we met up to discuss the possibility of reconciliation but ultimately agreed not to date until he changed some of his behaviors.” However, a few days later, Natalie closed the door on their relationship for good after “discovering some lies” Shayne told her.

Natalie closed out her statement by saying that she may elaborate in the future, but for now, she’s too “saddened and confused” by Shayne’s “dishonesty” to address it any further. “I didn’t think it would get to a point where I’d have to address this publicly,” she added, “but blatantly lying about me on a podcast for whatever motive is where I draw the line.”

More like this
Love Is Blind’s Natalie Claims Shayne Signed Up For 'Perfect Match' While They Were “Still Together”
By Brad Witter
'Bachelorette' Vet Clare Crawley Revealed Her Stunning Wedding Photos
By Stephanie Topacio Long
Everything To Know About 'RHOSLC' Season 4
By Jake Viswanath
'RHOSLC’s Heather & Whitney Are Still On A “Friendship Break” After Season 3 Reunion
By Jake Viswanath
Get Even More From Bustle — Sign Up For The Newsletter
From hair trends to relationship advice, our daily newsletter has everything you need to sound like a person who’s on TikTok, even if you aren’t.