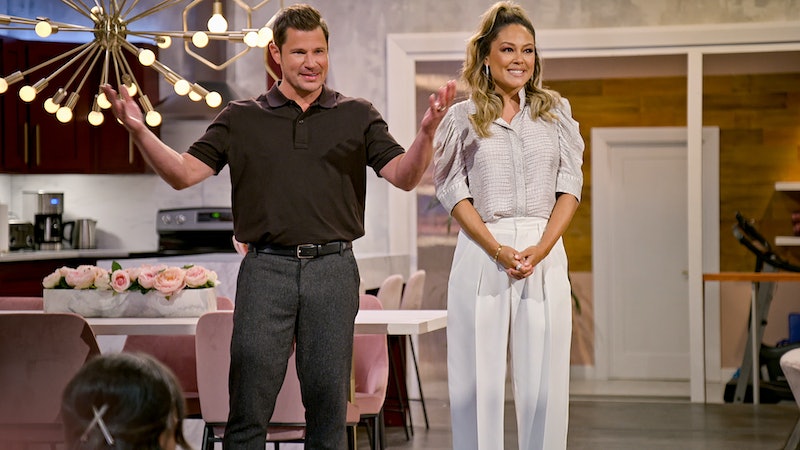 Making a relationship work is often a challenge, especially when it all starts in the Love Is Blind pods. One thing that makes the show’s experiment — where couples blindly get engaged and then have weeks to decide if they want to marry — somewhat more plausible is that all of the singles on each season of Love Is Blind come from the same city. In Season 1, that city was Atlanta, and in Season 2, the cast all hailed from Chicago. The filming location for Love Is Blind Season 3 takes viewers to a whole new city and honeymoon spot.

Love Is Blind Season 1 was filmed back in 2018 but didn’t premiere until February 2020, just before the coronavirus pandemic. Given the success of the first season, Netflix soon gave the green light to another installment. But with COVID restrictions in place, they couldn’t begin filming Season 2 until April 2021.

Love Is Blind Season 3 was filmed immediately afterward, per Variety, but in Dallas this time. In addition to the change in the home city, the show also moved the honeymoon vacation after the pods to Malibu, California, instead of a resort in Mexico. The change in location was “strictly because of COVID, if we’re being honest,” the series co-host Vanessa Lachey tells Bustle over Zoom. With the condensed timeline for filming, the production company, Kinetic Content, had to make sure that the cast and crew could properly quarantine and be tested appropriately, so changing up the teams and city was an easy way to make that happen.

Although the Season 3 filming location was chosen mostly for logistical reasons, Love Is Blind co-host Nick Lachey thinks switching cities also changes the dynamics between the couples. “Every season's different, and what makes it so intriguing is every city tends to be different,” Nick tells Bustle. “Chicago was very different from Atlanta, very different from Dallas.” Vanessa adds that it was production that ultimately made the call to change locations, in the name of being close to the “hub” of Los Angeles so that the husband-and-wife duo could travel safely to each location to film their episodes. “Malibu was a beautiful setting,” Vanessa says.

But was it beautiful enough to foster connections between the couples forever? The preview for what’s to come in Dallas is full of drama, and it looks like many of the cast members interact with each other outside of their couplings, which Vanessa and Nick say happened much more this season. They add that the only bummer about the COVID restrictions and their own busy schedules was that they were not as on the ground as they were in Season 1 to watch it all happen in real-time. “Luckily, we can literally text the producers, like, ‘What are you doing right now? What’s happening?’” Vanessa says, noting that she and Nick are just as interested to see what happens as anyone else watching the show. “We get a direct line to the team.” Ah, if only we all had that number.

More like this
'Bling Empire: New York’ Star Dorothy Wang Wants To Try 'The Simple Life'
By Alyssa Lapid
Andy Cohen Apologized To Larsa Pippen After A 'RHOM' Season 5 Reunion Dust-Up
By Brad Witter
'Love Is Blind: After The Altar' Season 3 Has A Release Date & It's Very Soon
By Grace Wehniainen
At 28, Debra Jo Rupp Was Living A Much Different '70s Show
By Grace Wehniainen
Get Even More From Bustle — Sign Up For The Newsletter
From hair trends to relationship advice, our daily newsletter has everything you need to sound like a person who’s on TikTok, even if you aren’t.