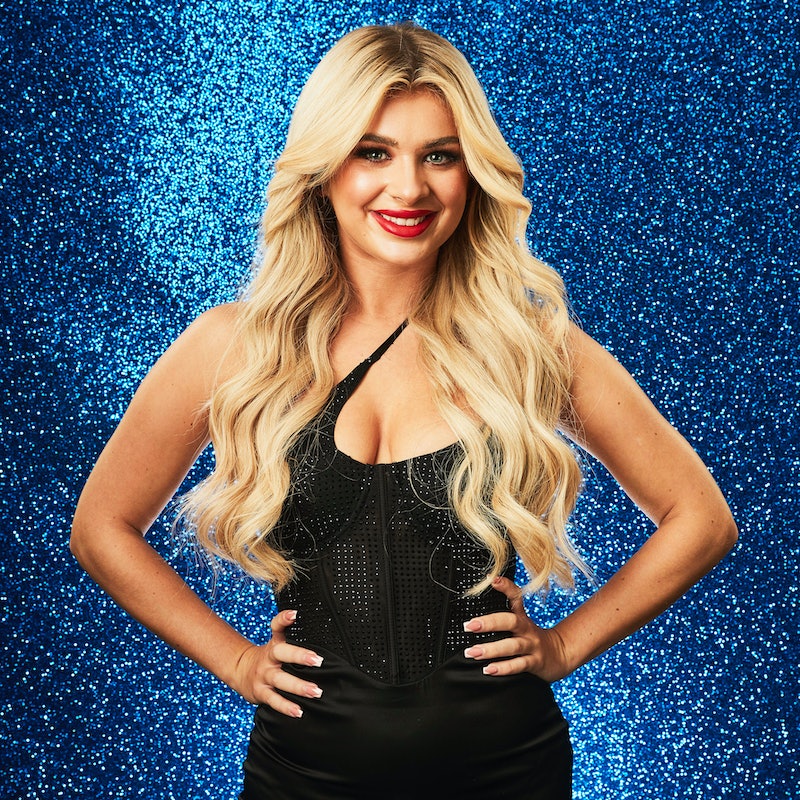 Love Island’s Liberty Poole has been confirmed for the 14th series of ITV’s Dancing On Ice.

Per The Sun, Poole was announced as a contestant on the 2022 series on Tuesday, Oct. 5, alongside rugby star Ben Foden, and professional dancer Regan Gascoigne, who is also known for being the son of the ex-professional footballer Paul Gascoigne.

Poole, who became a hit with fans of the ITV2 dating show Love Island earlier this year, shared her excitement at joining the star-studded ice skating competition.

“I grew up watching Dancing On Ice, and my mum actually used to be a figure skater,” Poole said in a statement. “I ice skate as a hobby sometimes, so I can get around the rink. But, I can’t do any tricks, no pirouetting or anything, so I’m really looking forward to pushing myself, and learning as much as I possibly can. Not just skating around the ice, but actually dancing on ice. Bring it on!”

Speaking on Instagram shortly after her Dancing On Ice announcement, Poole wrote in a caption: “I’m going to be learning to dance… on ice! Wish me luck! So excited to join the show that I’ve loved watching for years.”

Meanwhile, longtime hosts Holly Willoughby and Phillip Schofield will be returning to front the 14th series, along with the judges, Diversity’s Ashley Banjo, and ice skating legends Jayne Torvill and Christopher Dean. However, per The Sun, John Barrowman will not be returning to the Dancing On Ice judging panel in 2022.

“We thank John for two brilliant years on the Dancing On Ice panel, and are pleased to be working with him again as host of the forthcoming All Star Musicals specials,” ITV said in a statement regarding Barrowman’s departure.

Dancing On Ice returns in early 2022.

More like this
Twitter Has Renamed Ekin-Su After *That* 'Dancing On Ice' Performance
By Sophie McEvoy
Twitter Can’t Make Up Its Mind About Ekin-Su’s 'Dancing On Ice' Skate-Off
By Sophie McEvoy
Joey Essex Is Rumoured To Be Dating A 'Love Island' Favourite
By Sam Ramsden
Spencer Matthews’ Impressive Net Worth Expands Far Beyond Chelsea
By Sam Ramsden
Get The Very Best Of Bustle/UK
Sign up for Bustle UK's twice-weekly newsletter, featuring the latest must-watch TV, moving personal stories, and expert advice on the hottest viral buys.