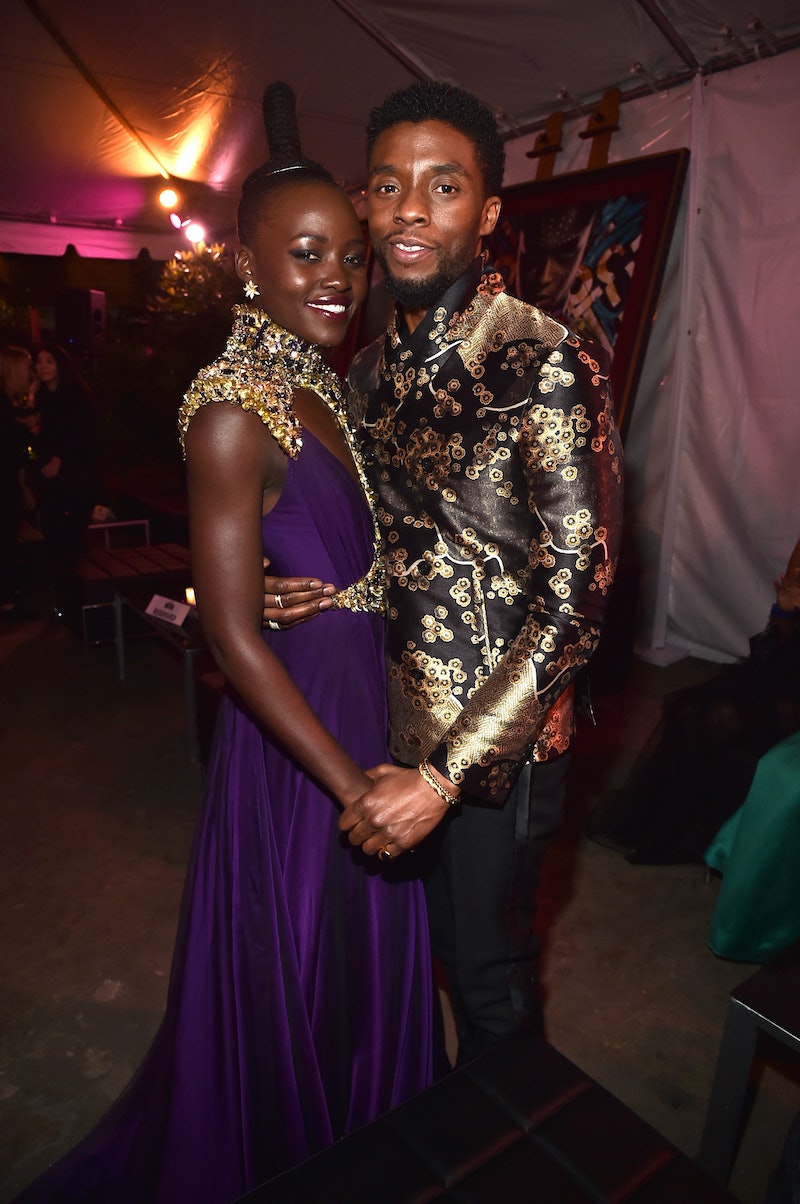 Unlike many Marvel fans, Lupita Nyong’o isn’t very excited for Black Panther 2. In a recent interview with Yahoo Entertainment, the actor opened up about returning to the set without her late co-star Chadwick Boseman, who passed away in August 2020 after a four-year-long secret battle with colon cancer. “People will ask me, ‘Are you excited to go back?’ Excitement isn’t the word,” Nyong’o explained. “I feel like I’m in a very pensive and meditative state when it comes to Black Panther 2.”

“His passing is still extremely raw for me,” Nyong’o continued. “And I can’t even begin to imagine what it will be like to step on set and not have him there.” Still, she knows the franchise is in good hands with director Ryan Coogler. “We have a leader in Ryan, who feels very much like we do, who feels the loss in a very, very real way as well,” she added. “And his idea, the way which he has reshaped the second movie is so respectful of the loss we’ve all experienced as a cast and as a world. So it feels spiritually and emotionally correct to do this.”

While the 12 Years a Slave actor isn’t quite looking forward to returning to the set without Boseman, who played T’Challa in the first film, she did reveal one thing that she’s excited about. “What I do look forward to is getting back together and honoring what he started with us and holding his light through it,” she said. “Because he left us a lot of light that we’re still going to be bathing in. I know that for sure.”

This isn’t the first time Nyong’o has opened up about losing her close friend and colleague. Last month she told Ellen DeGeneres that it’s still “so hard” for her to process Boseman’s death. “He was my friend and so it’s hard to think of him in the past tense still,” she said before gushing over the late actor. “He led the movie with such compassion and just presence,” she added. “When Chadwick came on set, he was present and he brought his entire being to that movie and he was just so humble as well, you know. That leadership will be missed.”

One month prior, Nyong’o sat down for an interview with Good Morning America and stayed fairly tight-lipped about what Black Panther fans can expect from the sequel. “In true Marvel form, I have nothing to tell you," she said. “It’s gonna be different, of course, without our king to back into that world, but I know that all of us are dedicated to carrying on his legacy in this new Black Panther. And [director] Ryan Coogler has some really, really exciting ideas that I look forward to bringing to life with the rest of the family.”

While it remains unclear what exactly Coogler has planned for Black Panther 2, what we do know is that Nyong’o isn’t the only cast member who’s apprehensive about returning for the sequel without Boseman. “The thought of doing it without him is kinda strange,” Letitia Wright said in an October interview with Net-A Porter. Michael B. Jordan echoed that sentiment in a January interview with People. “[I] had a really tough year losing somebody close to me, and what that means for that franchise is devastating,” he said. “It’s family. We created a family over there.”