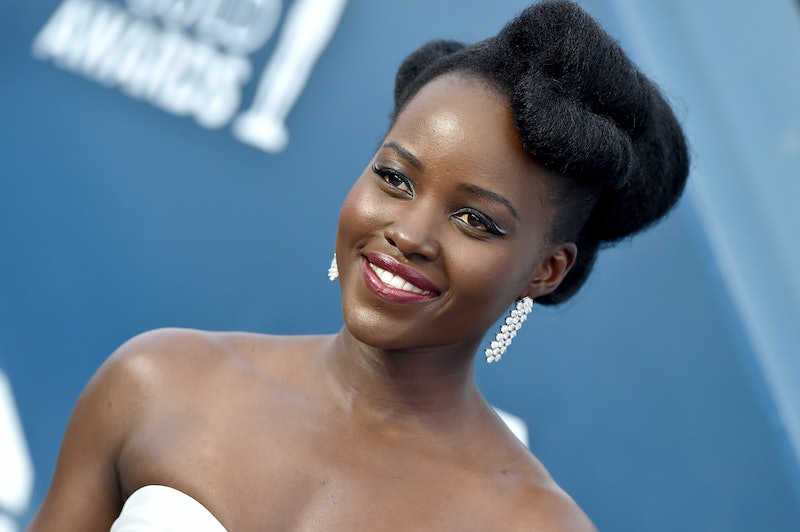 Black Panther fans can breathe a sigh of relief because, according to star Lupita Nyong'o, the upcoming sequel will not disappoint. On Wednesday, March 3, the actor sat down for an interview with Good Morning America and reassured longtime Marvel fans that although Black Panther 2 will be "different" without star Chadwick Boseman, director Ryan Coogler has some great ideas up his sleeve.

When asked for details about the second film, Nyong'o made sure not to reveal too much. "In true Marvel form, I have nothing to tell you," she teased before mentioning how her co-star's death, which came after a private cancer battle in August 2020, would impact the film. "It's gonna be different, of course, without our king to back into that world, but I know that all of us are dedicated to carrying on his legacy in this new Black Panther," she said. "And [director] Ryan Coogler has some really, really exciting ideas that I look forward to bringing to life with the rest of the family."

While it remains unclear what exactly Coogler has planned, Marvel executive Kevin Feige confirmed in January that the role of T'Challa would not be recast, nor would CGI effects be used to bring the character back for the sequel. Instead, Feige revealed that Coogler had been working on a script about "furthering the mythology and the inspiration of Wakanda" and that they are committed to "honoring and respecting the ongoing learnings and teachings from Chad."

Executive producer Victoria Alonso first shared that Boseman's character would not be rendered digitally in November of last year. "There's only one Chadwick, and he's no longer with us," she told the Argentine newspaper Clarín, according to People. "Sadly, our king has died in real life, not only in fiction, and we're taking a little time to see how we continue the story and how to honor this chapter of what has unexpectedly happened to us, so painful and terrible to be honest."

Leticia Wright, who played Shuri in Black Panther, expressed how difficult it will be to return to Wakanda without Boseman in an October interview with Net-A-Porter. "The thought of doing it without him is kinda strange," she said. Michael B. Jordan, who played the role of Erik Killmonger, echoed that sentiment in a January interview with People. "[I] had a really tough year losing somebody close to me, and what that means for that franchise is devastating," he said before hinting at a possible return to the franchise. "It's family. We created a family over there, so to be able to be in that world again is something that, I think, will always be on the table in some capacity."

More like this
Twitter Is Overjoyed By Angela Bassett’s Record-Making Oscar Nomination
By Maxine Harrison
Rihanna Shares Video Of 'Black Panther 2' Filmmakers' First Reaction To “Lift Me Up”
By Radhika Menon
The 'Scream 6' Trailer Shows Off Hayden Panettiere's Return & Ghostface In NYC
By Jack Irvin and Jake Viswanath
Anne Hathaway Shared A "Thrilling" 'Princess Diaries 3' Update
By Darshita Goyal
Get Even More From Bustle — Sign Up For The Newsletter
From hair trends to relationship advice, our daily newsletter has everything you need to sound like a person who’s on TikTok, even if you aren’t.