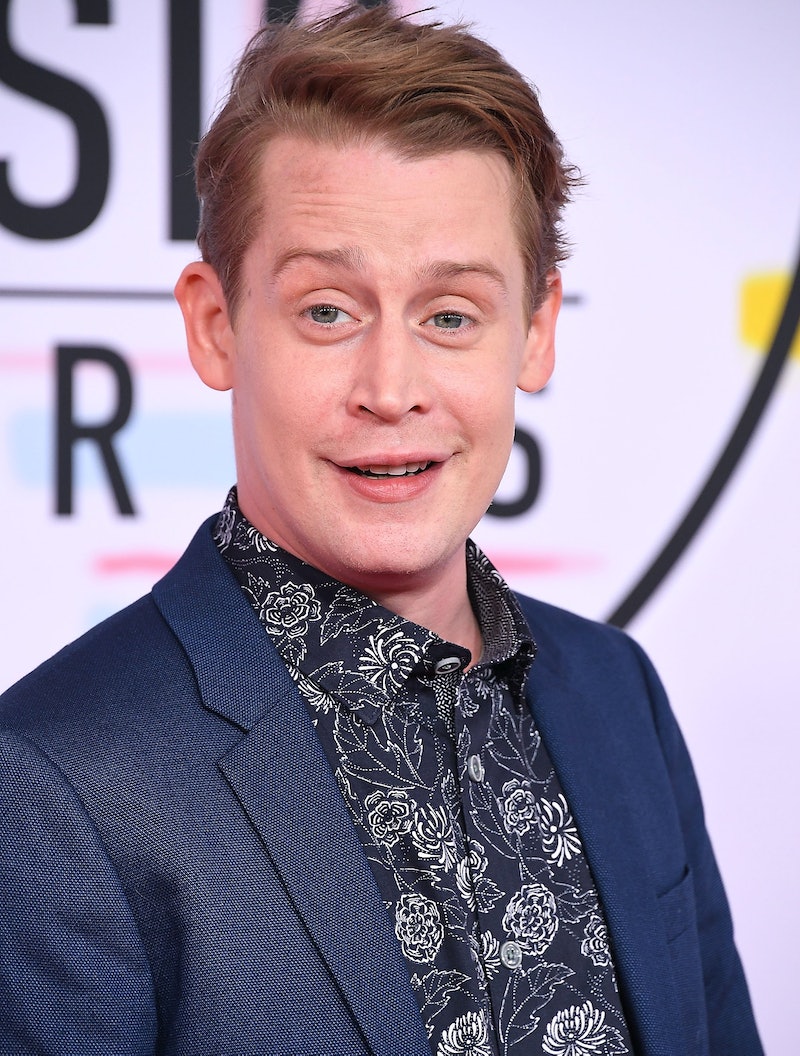 Not long before he became the first U.S. president to be impeached twice, Donald Trump was dealt another blow by the star of Home Alone. Macaulay Culkin endorsed a fan's petition to remove Trump from Home Alone 2: Lost In New York and even praised a social media user who edited the president out of his brief scene in the 1992 holiday classic. "Petition to digitally replace trump in 'home alone 2' with 40-year-old Macaulay Culkin," Twitter user @rachellobaugh suggested on Jan. 10. "Sold," the actor replied.

Around the same time, another Twitter user, @maxschramp, shared an edited clip of Trump's scene on their own account, explaining that "due to popular request I have removed [him] from home alone." In the new clip, Kevin wanders through the Plaza Hotel in New York City before turning to ask what appears to be an empty room to direct him towards the lobby. Culkin himself shared his approval of the Trump-free scene, writing, "Bravo."

Fans' social media efforts to remove Trump from the film gained steam during the Christmas season when Trump refused to accept his loss in the 2020 presidential election. The idea garnered even more support after the violent attack on the U.S. Capitol on Jan. 6. Several Twitter users offered up their suggestions for people and characters that should replace Trump in the film, including Jabba the Hutt, Dolly Parton, and Christopher Plummer.

Culkin has been open about his distaste for Trump's Home Alone 2 cameo, especially in the wake of his divisive term as president. In 2018, the actor explained on Reddit that he preferred the first Home Alone film to its sequel, primarily due to the fact that Trump doesn't appear in the original. "The first one was more fun because we didn't know what we were walking into and it was a lot less flying all over the place. It was all in Chicago," Culkin explained before throwing shade at the president. "It also had 100% less Donald Trump."

The actor isn't the only one who regrets having Trump appear in Home Alone 2. Director Chris Columbus told Insider in December that the then-real estate agent "bullied" his way into the film. "Like most locations in New York City, you just pay a fee and you are allowed to shoot in that location," Columbus recounted. "We approached The Plaza Hotel, which Trump owned at the time, because we wanted to shoot in the lobby. ...We paid the fee, but [Trump] also said, 'The only way you can use the Plaza is if I'm in the movie.'"

Despite agreeing to the cameo, Columbus revealed that he originally planned to cut Trump out of the movie. Ultimately, though, he decided to keep it when he saw the audience's reaction. "When we screened it for the first time the oddest thing happened: People cheered when Trump showed up on-screen. So I said to my editor, 'Leave him in the movie. It's a moment for the audience.'"

Although he regrets sharing the screen with Trump, Culkin still has a great deal of affection for the holiday films that made him a star. "Christmas is my time of year. I get recognized 10 times more between the months of November and January. I have no idea why," he joked to Us Weekly in November 2019 while talking about the lasting legacy of Home Alone. "Me being on TV every two seconds [is] a beautiful curse/a tricky blessing."